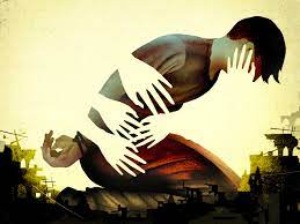 No more ‘hush hush’: The double standard of violence against men

Violence against women is a topic that is often discussed on social media and many other platforms but somewhat ignored in “the brown community” as one of many taboo topics. One more taboo topic that is never discussed is violence, especially sexual violence, against men. All the boys and men who have faced sexual violence live behind a brick wall, with each brick carrying a label of “masculinity” like “boys don’t cry”, “be a man”, “why are you acting like a girl”, “man up” and many, many more similar labels. What part does our society play in building that wall?

Men too can be victims of violence. In our country, both men and women who were sexually abused hesitate to tell their families because they are considered spoiled or somehow damaged and inferior, and, especially when it comes to girls, not eligible for marriage. A report by the University of California, Los Angeles (UCLA) School of Law states that “sexual abuse of boys is common in the context of sex in tourism, schools, care homes, religious establishments, and other similar settings in Sri Lanka”. A heart-wrenching incident took place in Myanmar recently where a boy was raped by three men, and it took the internet by storm. It also started a broader discussion acknowledging sexual violence against men. As a country, Sri Lanka is not at all in a place to judge the incident in Myanmar because recently an eight-year-old boy was raped and killed by a 59-year-old man in the Galewela area. The suspect in question is in remand but has not yet been taken to court. 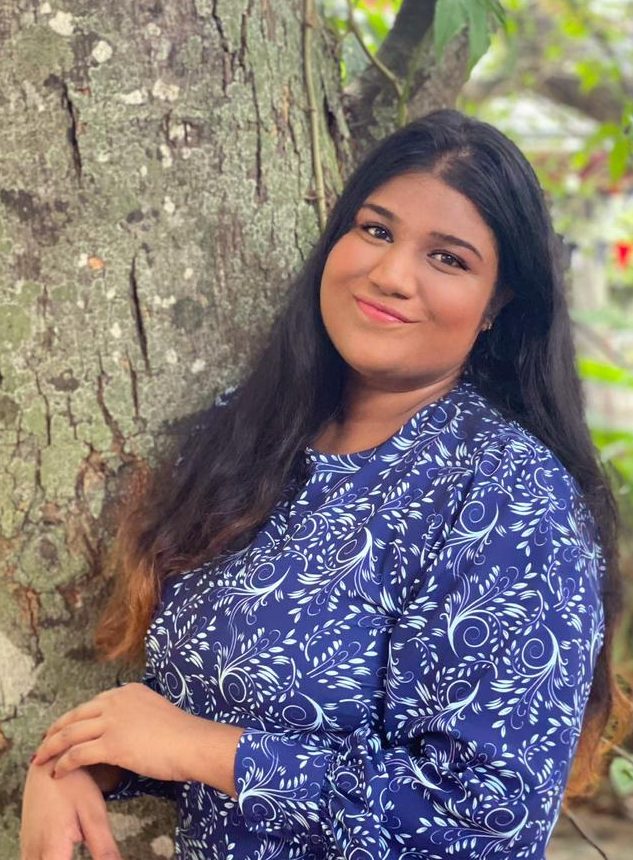 “This definition under the law echoes the existing rigid gender stereotypes existing in our country where men are expected to be strong and ultra-masculine, and a man admitting to being raped by a woman or another man, could open doors to the victim being re-victimised, humiliated, and emasculated”  iProbono Legal and Programmes Analyst and APIIT Law School Lecturer Kaveesha Coswatte

To understand the psychological side of sexual violence against men and why it is a taboo topic, we spoke to clinical psychologist Dr. Kanthi Hettigoda.

Dr. Hettigoda shared her opinion on the matter, saying: “Both men and women face issues like sexual assault and harassment at their workplace, in public, and even in their own homes. There’s no such thing as only men are violent and only women face sexual assault. Women can be violent and aggressive as well. Sometimes the root of this problem is them being abused by men at a certain point in their lives or them not being taught what’s right and wrong as children.”

She added: “The problem is that we don’t expect women to be violent. When a woman initiates a violent act, people treat that as a joke. They are not often considered as crimes, therefore men hesitate to come forward. They are worried about what others might think and how they would react. He worries that his masculinity would decrease in some way, in the same way a girl is questioned when she is victimised and people find flaws in her, question her purity, and the clothes she was wearing.”

She went on to add: “This aggressiveness and violent behaviours can be the effects of psychological issues such as borderline personality disorder and narcissistic behaviour. When someone suffers from Narcissistic Personality Disorder (NPD), it’s difficult for him/her to understand the other person’s pain. Often, people who physically and mentally abuse other people suffer from this disorder. Borderline Personality Disorder (BPD) comes from a long-term pattern of unstable relationships and strong emotional reactions.

“Another instance where a woman can become violent is when they face fidelity issues,” Dr. Hettigoda explained, sharing: “When a wife or a girlfriend loses themselves in their relationship and are so invested in it, they tend to become possessive and sometimes aggressive, so when their husband/boyfriend cheats on them, they resort to violence. To add more to this, as strange as this sounds, violence is used as a coping mechanism. When we anticipate or presume that something’s going to happen, we try our best to protect ourselves from facing that situation. The same way, before she gets hurt in the relationship, she tries to hurt the man by mentally or physically abusing him.”

Dr. Hettigoda also explained that another factor that has been noted by researchers is that a woman who tends to abuse men is a woman with more masculine characteristics, with a dominant and powerful personality. “They are referred to as ‘Alpha women’. But a woman’s aggression is less compared to a man’s aggression because a woman rarely physically abuses a man in a dangerous manner. Usually, they tend to push him or pinch him or sometimes insult him,” Dr. Hettigoda said.

Speaking of the incidents that took place in Myanmar and Galewela, Dr. Hettigoda noted: “In these cases, this involves a small child. It’s violence against a small child, so gender doesn’t matter. We should look at this matter as children were abused, and we should protect our children from such paedophiles.”

Men are idolised as a strong and less-feeling subset of humans. They are not given a chance to express their emotions. These stereotypes created by society cage men and even small boys.

“Sexual violence has the same trauma impact on both men and women. People are conned into believing that men are strong and they look at the topics of violence against men and women from totally different perspectives,” Dr. Hettigoda said, speaking on how impractical and unnecessary double standards affect men, adding: “Maybe because men cannot become pregnant or there are no concerns about their virginity, people say it’s easier for men to move on with their lives. But when it involves a woman, the case is much more different.”

Psychologically, men and women are equally likely to initiate physical violence depending on their personality, their past experiences, and the context of the situation they are in. However, men tend not to report being abused due to social stigma.

Reading of such incidents is enough to make one’s blood boil with anger and question the system of our country. Especially, with recent events that have unfolded, we find ourselves wondering: “Does the law only work when it comes to dealing with an expensive crown?”

To get a clearer understanding of the law and how it works when it comes to sexual assault, Brunch spoke with iProbono Legal and Programmes Analyst and Asia Pacific Institute of Information Technology (APIIT) Law School Lecturer Kaveesha Coswatte.

“Sri Lankan law does not consider male rape as a punishable offence on an equal level as that of rape of a female,” Coswatte said, adding: “In fact, it only identifies men as the perpetrators of rape. Article 363 of the Penal Code states: ‘A man is said to commit rape who has sexual intercourse with a woman under any of the following descriptions…’ Also, statutory rape also only protects girls under the age of 16 years and not to boys specified under Section 363(e) of the Penal Code as it states ‘…with or without her consent when she is under 16 years of age’. Hence the rape of a male is considered under grave sexual abuse, which is a lesser offence than that of rape. In this light, we see that the law does not give due prominence to the male victim of sexual violence.”

Speaking further on how the law is reflective of the society it governs, Coswatte said: “This definition under the law echoes the existing rigid gender stereotypes existing in our country where men are expected to be strong and ultra-masculine, and a man admitting to being raped by a woman or another man, could open doors to the victim being re-victimised, humiliated, and emasculated.” The law also fails to recognise that a man can be raped by a woman or another man, and in cases of male-on-male rape, the existing interpretation of the law under Section 365, considering homosexual relationships as illegal, creates further barriers to male victims to seek justice,” Coswatte shared. “Many efforts have been made to amend the law where the rape of a man or woman shall be considered under the offence of rape, as the violation of a person’s body should not be given different significances. These legal reforms are still underway.”

Coswatte went on to add: “In addition to this, even though the law of the country applies to men and women without direct discrimination, the biases we hold as a society or even as a lawyer or judge can affect how we view male versus female offenders. Sometimes, when a female offender is taken up, the court might consider whether she has small children or how this would affect her family, etc. However, the tendency to consider similar sympathies towards a male offender is less. For example, if a drug dealer is caught, the court would not be overly considerate whether he is the primary breadwinner for his family, etc. These biases do exist in practice, sometimes even if the law does not provide different treatment to the female versus the male offender.”

Our dangerous double standards are silencing male victims. There are millions of men who are mistreated by women and men every single day who don’t feel comfortable talking about their toxic partners and their experiences due to rigid masculinity norms and gender stereotyping. Regardless of gender, everyone has to face the same consequences when one does something without the other person’s consent. No means no, regardless of gender or sexuality.

How would you feel if this happened to your father or brother?  We should not be passing the ball to each other trying to prove “we also go through these things”. We should end gender-based violence once and for all. It might be a long journey but we will reach the destination at some point. Let’s take a step in the right direction. Put on your heels or shoes, whatever you prefer, and let’s start walking.

The plight of working women in Sri Lanka

December 24, 2021 byNews Admin No Comments
The Centre for Working Women (CWW), in collaboration with the International Labour Organisation (ILO), conducted an awareness programme yesterday (23) to educate the general public on promoting decent

The life of female cabin crew

September 27, 2021 byNews Admin No Comments
Women in Action (WIA) is the female arm of the Flight Attendants’ Union in Sri Lanka, whose goal is to give female cabin crew a platform to voice their opinions and issues. Speaking to WIA Co-Founder