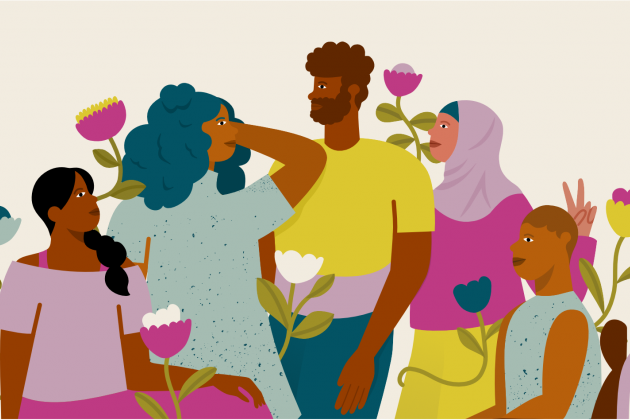 As humans, we constantly think, and some of our thoughts can be filled with doubt. This can lead to thoughts of insecurity. Too much insecurity can lead to other problems in our everyday lives.

Newer technology helps conceal imperfections. Advertisers airbrush even the tiniest flaws using tools like Photoshop to enhance a model’s image before it’s published. This practise often causes low self-esteem issues in viewers and perpetuates negative perceptions about their own bodies.

These days, however, the impossible standards are set much closer to home, not by celebrities and models but by classmates and friends. With social media, teens can curate their lives showing only the best and most enviable moments while concealing the struggles.

Brunch spoke with several individuals about the beauty standards created by social media and its effect on young people.

It’s important to love yourself because you are unique: Senuri Rupasinghe 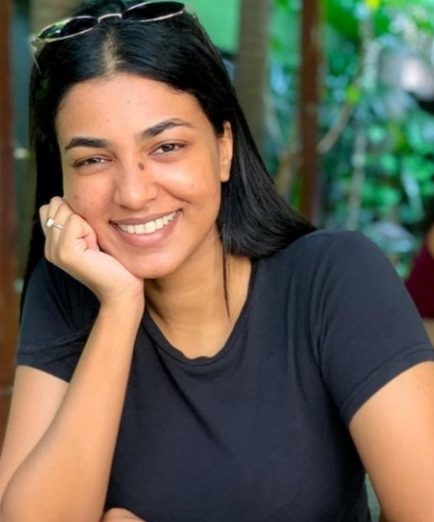 “In a nutshell, insecurities are fears. Growing up, speaking out my opinions has always been part of me, but being too skinny, fat, stretch marks, and even my birthmark on top of my nose affected me. I thought I wasn’t enough even after I began my modelling career,” said model, social media influencer, and law undergraduate Senuri Rupasinghe.

“Social media advertises false body images of models who look flawless, when in reality our hair is set, makeup covers all our scars, and the outcome is too perfect once everything is edited and retouched. Self-confidence played a major role to overcome my fears. Self-confidence is not ‘I will be liked’, but ‘I’m going to strive even if they don’t like me’. Not everyone can deal with their insecurities the same way, but in a world of false advertising and social media influence, it’s important to love yourself because you’re unique,” Senuri shared.

She also encouraged young people to be mindful and healthy. “Have balanced meals, exercise, etc. to feel good and strong, but not as a way of punishing yourself. An individual’s self-esteem in terms of performance, behaviour, and body image can weaken or strengthen their emotional stability.

Every day, especially in this era of social media, we are likely to face enemies, or as they are often called, ‘haters’ – people who disagree with us, people who put us down, people who say we should be ashamed of ourselves – but it is important not to focus on these people. We should instead focus on our own personal growth, our mental health, and the positive of the people who are around us.”

I pride myself on breaking the binary and encourage others to do the same: Tharusha Mudalige 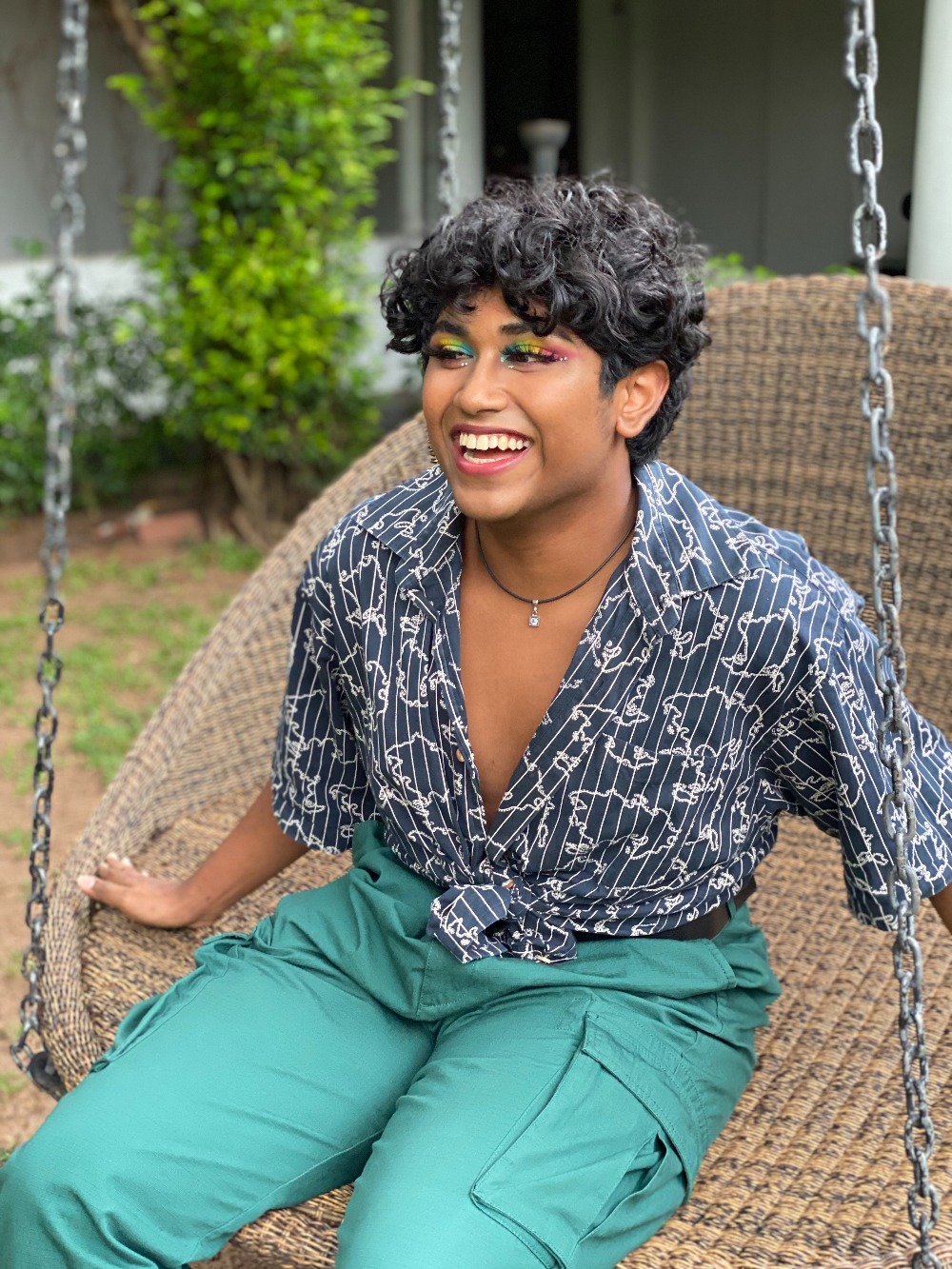 Sexual orientation is another form of insecurity, especially when you are questioning your orientation and sexual identity. Of course, many people have no doubt about their orientation and are perfectly happy with it. But others who are ambivalent are often tormented by unconscious conflict, and self-doubt and self-alienation can block them from acquiring that certainty and security within themselves.

In 2020, the US National Library of Medicine reported that “LGBTQ youth have greater vulnerability to a wide range of health, mental health, and social problems such as eating disorders, school difficulties, forced sex, homelessness, violence, and suicide”.

LGBTQ+ activist Tharusha Mudalige spoke to Brunch about his own personal journey and the   importance of not being scared to accept one’s true self, with all its curves and edges. “In 2016, my seemingly perfect life came to a halt when I was ‘outed’ to my conservative Sri Lankan parents. I felt untethered; sucked into a black hole that split me in two. Torn between two worlds that seemed like they could never co-exist and stripped of freedom to express myself and my sexuality, I went through a severe identity crisis,” Tharusha said.

“I compare that boy to my present self – the one confident enough to be who I truly am. Being self-expressive and the youngest LGBTQ+ activist in Sri Lanka, I pride myself in breaking the binary, while encouraging others to do the same. But such progress did not come easily. It followed a battle with myself to sever the ties to the boy everyone thought I should be,” Tharusha shared.

Tharusha acknowledged that self-acceptance is an easy path to walk on by yourself. “My friends, who I would like to think would describe me as a ‘gaymageddon’, were an integral part of my journey of self-acceptance. In reality, though, I am probably just loud – not only in a literal sense, but in my advocacy for queer rights in a country where being a part of the LGBTQ+ community is still a criminal offense.

“Of all my many achievements over the years, I am most proud of the way I have changed the minds of the people around me – especially my family. My parents, who had a hard time accepting me for who I am, now defend me against our relatives and they are my biggest supporters,” shared Tharusha.

As a society, we almost ignore these issues in men and boys since body image issues and insecurities are traditionally considered “female problems”. Men can suffer just as much from body dissatisfaction as women. According to a recent study conducted by Bradley University, over 90% of men always struggle in some way with body dissatisfaction. 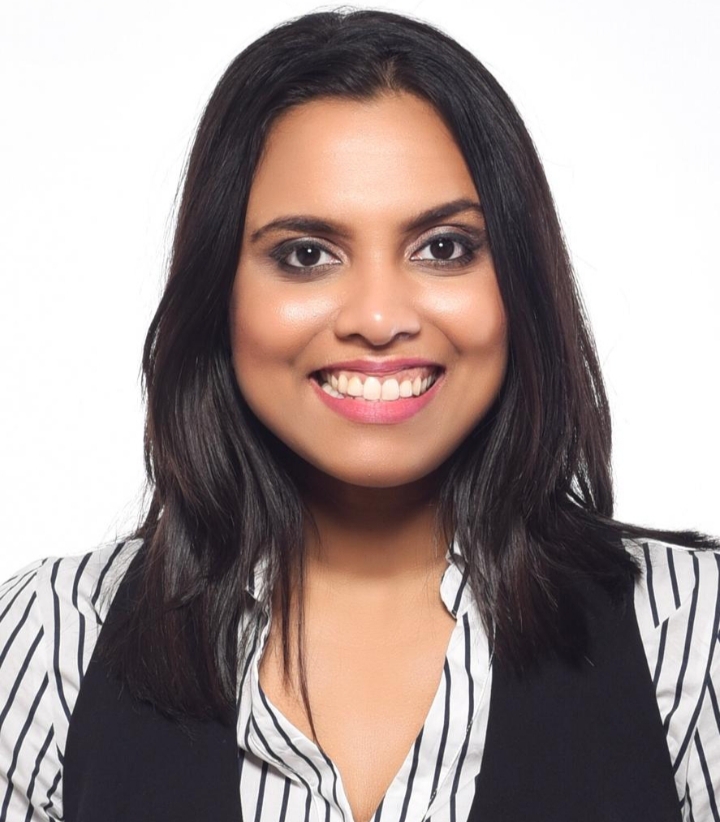 Commenting on the importance of overcoming insecurities and the roots of these issues, clinical psychologist Shanelle De Almeida said: “Insecurities stem from the basic human need to be accepted, seen, and valued by one’s peer group. The root cause is fear – fear of being less than the ideal with regard to the perception of what is ‘revered’ by popular culture and/or society.”

Shanelle said that social media is a powerful catalyst for this fear because it provides a platform to curate a seemingly ideal persona, where people can project a version of themselves that they think will be liked, and the validation received by likes, comments, or follows perpetuates a sense of self-worth that satisfies the ego’s need to be constantly acknowledged. Teens, she said, are especially vulnerable due to their developmental stage because they are highly dependent on peer group approval.

“Social media offers a public comparison directory. Females are particularly vulnerable due to society’s dominant view of female appearance being a major characteristic of the ‘ideal’ woman, and there are standards for this slim, fair, silky hair, etc.; depending on personal perception and exposure, many might feel they fall short of this ideal state and feel insecure because this means all kinds of limitations, including finding a romantic partner, being popular, being socially approachable, etc.,” Shanelle shared.

She further shared that males also suffer from insecurities to do with body image, but due to societal expectations, very often males are more likely to compare themselves with regard to career and status. “The same principle of fear applies. To overcome these insecurities, perception on what is important to the individual needs to change and dependence on what others think (although important in some contexts to certain degrees) should not be given so much power over the individual. No one really is watching you most of the time and most are more concerned with their own problems anyway.

“Also keep in mind, every human being has insecurities some more so than others; it is a normal part of the human condition. What matters is how well we manage these insecurities so as to avoid them from causing significant dysfunction in our lives and interfering with our wellbeing,” she shared.

Self-esteem is confidence and satisfaction in oneself, which should be present in one’s daily life in order for him/her to believe that he/she has the ability to do anything and everything. As a society, we need to be more open about views on body image and give more attention to promote healthy and realistic male and female body standards.

August 10, 2021 byNews Admin No Comments
Zeenat Aman is the name of a celebrated Indian film actress who starred in Hindi films, notably in the 1970s and 1980s. Zeenat Aman is also the name of an exquisite French fragrance launched in Colomb