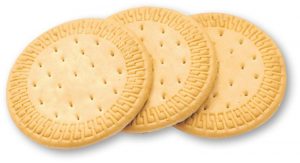 Food producers will have to discontinue the use of terms such as “super”, “smart”, “gold”, and other superlatives due to the implementation of a 15-year old regulation by the Ministry of Health and Indigenous Medical Services.

The Food (Labelling and Advertising) Regulations 2005 under the extraordinary gazette issued under the Food Act No. 26 of 1980 is being fully implemented at the moment with a grace period of three months.

Full implementation of this Extraordinary Gazette after 15 years of its initial gazetting is likely to affect big brands such as Raigam, Maliban, and Munchee that have established their products in the market using such superlatives.

Speaking to The Sunday Morning Business, Ministry of Health Food Control Administration Unit Additional Assistant Director J.K. Jayasinghe noted that the usage of misleading superlatives in the names of food products goes against the gazette, unless these are scientifically proven.

“Companies cannot use misleading words in naming their products. Using them might not be of any harm to consumers’ health, but it is deceptive. For example, there can’t be ‘supiri samba’ rice. It is just samba rice,” Jayasinghe noted.

He added that they have already issued directives to the rice companies with a grace period of three months to change their names to exclude misleading superlatives or to prove the presence of that superlative in their product or scientifically justify its usage.

Accordingly, the companies that are willing to continue using superlatives have to submit the request with scientific explanations to the Food Control Administration Unit, where experts and officials will look into the explanations and grant the necessary approvals.

“If a product is using ‘special’, they have to explain what’s special in it. If another product is claiming ‘brain growth’, it should prove that it helps with brain growth. However, these companies cannot use health-related wordings in any way. In that case, people have to stop buying medicine and just consume those products,” Jayasinghe noted.

This regulation also applies to the products that have already registered the names of their food products, unless they are scientifically proved and registered.

Commenting on the reason for the full implementation of the Food (Labelling and Advertising) Regulations 2005 after 15 years, he stated that it is a result of an ongoing court case between the Food Control Administration Unit and Raigam.

According to Jayasinghe, two years ago, a consumer lodged a complaint with the Ministry of Health against Raigam’s noodles packet named “Devani Batha”, stating that the name was misleading.

Subsequently, the Food Control Administration Unit of the Ministry asked Raigam to change the name of their product, which Raigam refused to do and instead filed legal action against the Director General of the unit at the time. Then Raigam came up with another name similar to its previous name. The Food Control Administration Unit did not approve the new name, which led to another court case. Both cases are still going on.

“In the second legal case, the Attorney General at the Court of Appeal told us that if we are not willing to approve a name that is misleading to the public, we shouldn’t do that only for Raigam’s products, but for all the food products also. That is why we have decided to implement this after 15 years,” Jayasinghe noted.

We reliably learn that this regulation has created concern among food producers who have established their brands in the domestic and international markets over decades, while some of the products are widely known mostly due to these superlatives.

A senior industry official, on condition of anonymity, told us that Sri Lanka’s food industry will be hugely affected if the names of established products have to be amended.

“Companies have invested significant amounts in developing their brand names. Some of the products that would be affected due to this regulation have been in the market for over three decades and consumers are used to that name,” the official noted.

The official added that even though the relevant gazette was published 15 years ago, no awareness programmes were conducted amongst the food producers and most importantly, companies were allowed to use names with superlatives even after the issuance of the gazette.

The official further noted that the regulations should apply to other products too, that are actually misleading the public.

“Changing the name of ‘Aliya Beema’ and names that include ‘natural’ when they are completely artificial is fair as it’s somewhat misleading, but wanting the word ‘original’ removed from ‘Hacks Original’ and word ‘gold’ from ‘Gold Marie’ is unfair. Consumers know that Gold Marie is not made of gold,” the official noted.

According to the official, the industry is going to have a discussion with the relevant authorities to reconsider this regulation or relax its conditions.

The Sunday Morning Business also spoke to a leading food producing company’s chief executive officer (CEO), who told us that there will be impacts on their products as many of them carry superlatives.

However, he added that the market impact is yet to be studied as they have to assess how many consumers ask for their products in the market using the superlatives in their product names.

Another CEO of a well-established dessert producing company, on condition of anonymity, told us that using superlatives in the names of products is unavoidable as it helps companies differentiate their products from products in similar categories in the market.

He also expressed his concerns over the limited grace period given to the producers.

“The relevant authorities are not willing to give more time, because they are saying this gazette was passed 15 years ago. But that is not fair; they let the companies register the names of their food products; they let the companies establish their brands both locally and internationally. There should be some fairness in this implementation,” he added.

The extraordinary gazette lists out a set of regulations that should be followed when labelling a food product. This includes that no label or advertisement relating to any food shall contain words indicating that it is recommended by a medical practitioner or association or any professional or any other words which may imply or suggest that such food is recommended, suggested, or prescribed by any medical practitioner or association.

It further stated that no label or advertisement relating to any food shall contain a statement or claim thereon that such food has special characteristics unless approval is granted by the Chief Food Authority. Products also should not contain false claims or misleading descriptions of food in such a manner as to mislead the purchaser or the consumer of such food.

January 31, 2021 byNews Admin No Comments
The Cabinet of Ministers last week nodded their consent to launch diplomatic relations with Liechtenstein, a country most have never heard of before. The proposal stated that it is a small country..

August 23, 2021 byNews Admin No Comments
The global promotion campaign which has been executed by Sri Lanka Tourism has been able to receive international media attention despite the ongoing pandemic. An expose on CNN Travel by Henry Golding