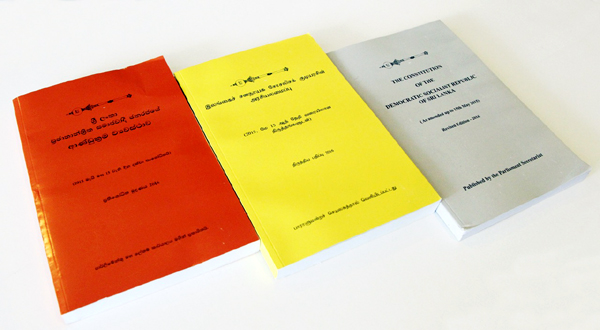 “No new constitution during this Government”: Wijeyadasa Rajapakshe

Following the general elections last year, President Gotabaya Rajapksa addressed the inaugural session of the Parliament where he said that the 19th Amendment would be repealed immediately and a new constitution would be drafted later under the concept of “one country, one law.” Subsequently, the 20th Amendment was passed in Parliament with a 2/3 majority in October of last year while a new constitutional drafting committee was formed, headed by President’s Counsel (PC) Romesh de Silva. Dr. (Dr.) Wijeyadasa Rajapakshe is a parliamentarian representing the Sri Lanka Podujana Peramuna (SLPP) and an experienced lawyer. The Morning spoke to Rajapakshe on the changes he is seeing in Sri Lanka’s political environment and what progress he expects in the drafting of a new constitution. 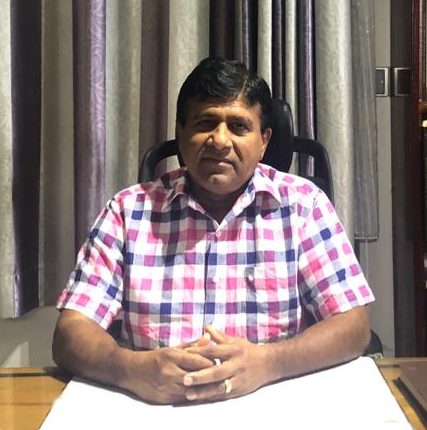 What are your thoughts on the constitutional drafting committee? What do you expect from a new constitution and what are the government’s plans for it?

In 1972, one of Madam Srimavo’s main promises was to make Sri Lanka a sovereign country through a republic constitution – she asked for ⅔ from the people and she got it due to this reason. J.R. Jayawardena also said that he wanted an executive presidency and asked for power and similarly, the people gave ⅔ – both of those governments got a clear majority and they kept their promises. J.R. Jayawardena did not put a committee but he drafted it using A.J. Wilson – the son-in-law of S. J. V. Chelvanayakam. He drafted it in a month. Today, we have given one year for a committee to make a constitution but that means even a proposal cannot be expected in one year.

In the committee, there are the finest legal scholars but there are no politicians. People voted for politicians who will have to ultimately agree to whatever the committee proposes. Political popularity and knowledge of the law are two different things and should be mixed for a new constitution to be drafted – Colvin was able to do it because he was the most senior legal scholar at the time and also a popular politician. There is nothing like that now. There are also practical challenges to agreements within a committee. Finally, the political culture in Sri Lanka does not allow for a constitutional change after a year. Madam Chandrika brought in democracy following the insurrections. How did she bring the 17th Amendment? When the government failed, she brought in a probationary government with the support of the Janatha Vimukthi Peramuna (JVP) while the opposition was orphaned. JVP was the bridge then. That was also within a year of her government. To bring the 18th Amendment, nobody gave Mahinda Sir any power – he only had 144 in parliament. But it was the 7 nationalists from the United National Party (UNP) that helped it to be passed with a ⅔ majority. In the 2015 government, there were only 141 in our government. Only 7 came with Maithri Sir – it was Sri Lanka’s smallest government. However, we promised a 19th Amendment then, and even on the second day of the debate at 6.00 in the evening, there were only 147 on our side. We finally passed it with 215 votes. This government we made with 150 on the government side, but we still had to go begging for minority votes to pass the 20th Amendment. That was also artificially obtained.

Are you saying it is a false promise to claim that a new constitution will be introduced?

What are those problems?

The other problem is the ill feeling between the government and the minority parties. In 2015, there was no anger. Now, the Tamil and Muslim populations along with a majority of the Sinhala population are suspicious of the government. From the day the government came, they labelled themselves as a ‘Sinhala-Buddhist’ government and got everyone else angry with them. They also got all the powers in the 20th Amendment but did not do anything for the country. After passing the 20th Amendment, the environment was destroyed, we were put to shame internationally and our economy fell. This is why the government is viewed with suspicion. The government should also realise a constitution cannot only be made for the majority community.

What is the main reason you see for this anger?

There is anger because of the government’s statements – the President says everywhere that he was elected purely on Sinhala-Buddhist votes.

You also supported the current President during his run for Presidency. He has always claimed to be a ‘Sinhala-Buddhist’ leader. What then is the problem you have now?

Yes, that is good but the problem is that he claims to have been elected only on Sinhala-Buddhist votes. If a leader differentiates between the communities, then what are the other communities supposed to do?

Many people, especially in the opposition, claim that there is renewed discrimination towards minorities under this government, and for example they highlight the issue of the forced cremations of Covid-19 victims, which they say unfairly discriminated against the Muslim population? Do you agree?

Yes, that was also unnecessary. That is not what a leader is supposed to be – he is still the leader of his enemies. A leader should treat everyone as his children – if he does not do that, then there is no point in having a leader. Now, the narrative goes that the government lost to the Muslim community, due to Pakistan Prime Minister Imran Khan berating the govenrment. They would not have heard all this rubbish if they had any political experience in the matter.

Where do you think the problem lies?

Everyone is making mistakes but ultimately the leader must take responsibility. After the 20th Amendment, everything is under his control.

Is that the only problem in the 20th Amendment?

There are many problems but that is the social problem – both good and bad will directly go to him. The journey of a President who keeps all the power to himself is short. The journey of a President who shares power is long. The current President has over 60 institutions under him. J.R. Jayewardene only had one institution under him. How many talented people found success under him? J.R. Jayewardene and Chandrika Kumaratunga were the only two leaders to properly understand what the executive presidency meant and ruled accordingly. The President is not there to do the secretary’s job – he is supposed to monitor what others do and come up with a plan for the overall path of the government. He is trying to reach all the villages through the ‘Gama Samaga Pilisandarak’ programmes. What happens to the villages he does not go to? He must have common goals, not shallow solutions.

Does this mean that you are unhappy with your government?

My happiness does not matter here. But over 95% of people who voted for us are not happy.

Will that mean this administration would be short-lived?

The government means power. As long as they have power, they will continue. What matters is whether they do anything for the country with their power. That is what matters to us – not positions. Even an enemy, if they do something good for the country, we all would support them.

If we do not hold the provincial council elections, India would raise problems with us. We have become a Chinese colony. We do not know what new sanctions would be put in place after the Geneva session. If they take away the GSP plus help, Sri Lanka is ruined. The garment industry would collapse.

I see that the Prime Minister is now only there in name. Premadasa said that he was the peon under J.R. Jayewardene. I see that the Prime Minister has fallen to the level of the peon again with the 20th Amendment. Even before people knew whether President Gotabaya would run for President, during the Provincial Council elections in 2018, 50 million people voted for Mahinda Sir. The only increase during the presidential elections was 19 million votes – those were not just votes for President Gotabaya – there were disappointed votes, floating votes, converted voters like us. The base is still Mahinda Rajapaksa.

What do you think the next three and a half years have in store for the country?

There is no plan for the next three and a half years so I see no development for the immediate future. The mandates of cabinet ministers, state ministries and institutions are not clear. How can people work like this?

Does that mean you regret switching sides now?

I am not regretful of switching sides because we wanted to stop the future of the Yahapalana government since they went down the wrong path. I do not care about the political party. There is no party politics or party slaves anymore – the people only look for someone who will work for this country. The people have already kept a full stop to party politics.

India to deliver another 500,000 Covid vaccines on Thursday: Minister

February 22, 2021 byLahiru Pothmulla No Comments
Acting Health Minister Channa Jayasumana said India has confirmed the delivery of the next consignment of 500,000 doses of Oxford Astra-Zeneca Covid-19 vaccines on Thursday.