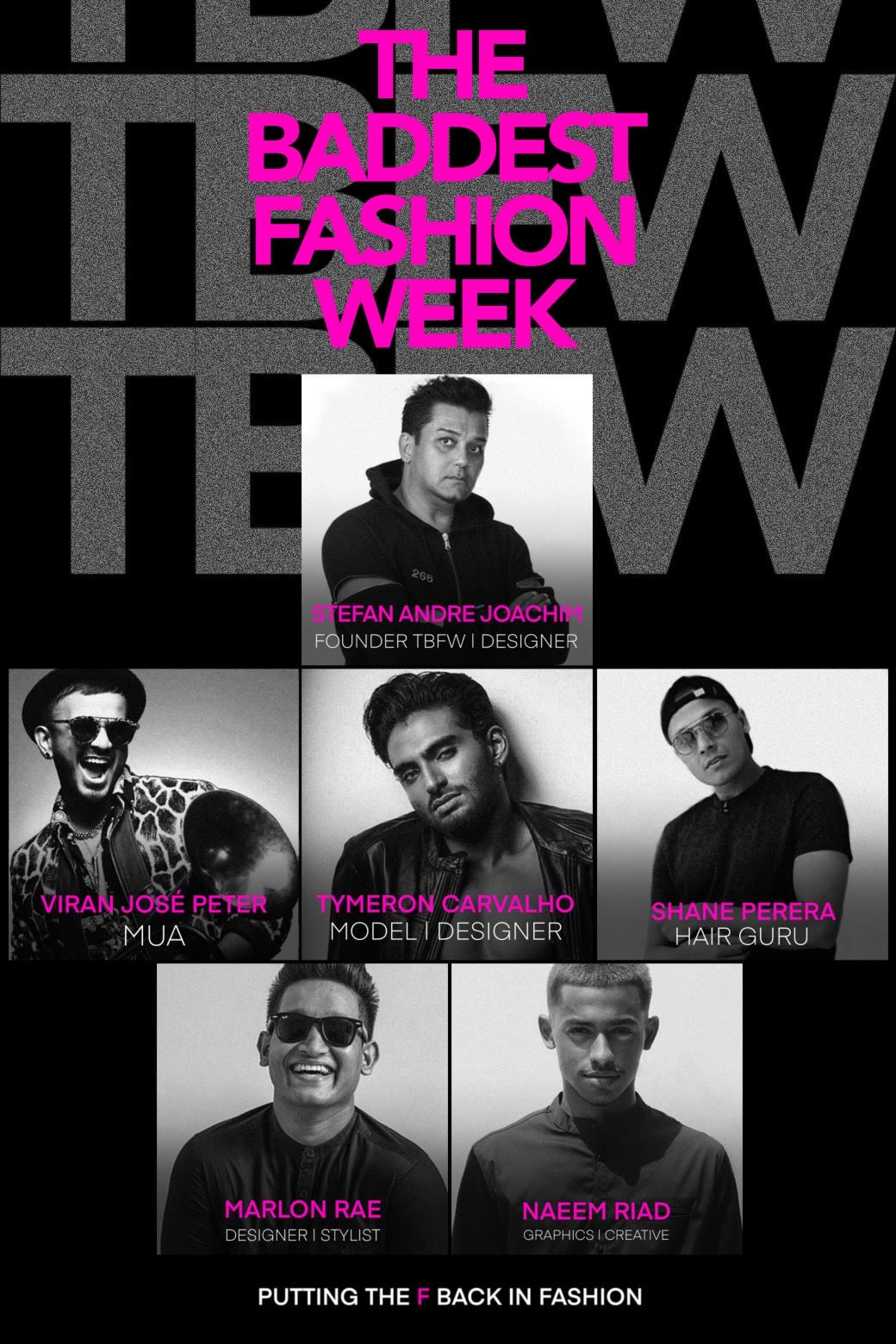 ‘No one’s daddy handed me this’ – Stefan Andre Joachim

September 27, 2020 by Dimithri Wijesinghe No Comments 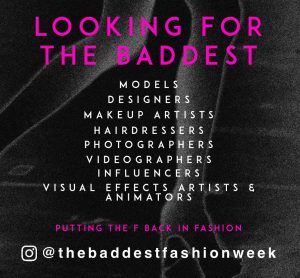 Stefan Andre Joachim, one of Sri Lanka’s eminent fashion personalities, amidst launching his brand new venture “The Badass Fashion Week” (TBFW), opened up about our country’s fashion industry and its continued failure to nurture its talent and advance through creativity.

Stefan has made some bold statements about the fashion scene in Sri Lanka, primarily Colombo, claiming that true talent does not often get the opportunity to shine, referring to an abundance of nepotism, “fashion-thieving”, having close relationships with the current who’s who of the scene, and the overall need for the right connections.

However, he shared that he’s hopeful that things can and will soon change and that TBFW might possibly be a step in the right direction.

How can people get involved with TBFW, and what kind of people are you looking for?

We have call-outs on all social media platforms, with Instagram being the strongest.

We are looking for start-up designers, models, hairstylists, makeup artists, videographers and photographers, graphics and animation professionals, and social influencers.

When you say Colombo’s ‘fashion scene’, do you mean the designer retailers, or events such as the Mercedes-Benz Fashion Week or Colombo Fashion Week? What do you include when you refer to the collective? 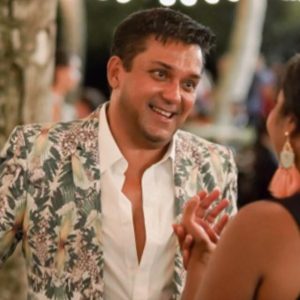 Let’s break this down. Designer retailers and shows are all private entities that are entitled to showcase or retail in any way they choose to. They have all added value to the overall growth of the industry like the new retail malls have.

What I meant when I said “gagging for years at the fashion scene” was that we have watched mediocre design being rolled out year after year and being accepted time and time again, especially by the apparent fashion media, only because there are no checks and balances to call a spade a spade.

Like most things in Sri Lanka, someone is either related to another person’s auntie or they go to the same church or they “feel sorry to say anything because the designer’s gardener died of cancer”. This is supposed to be the business of fashion and if we are going to make it internationally, we have to let go of the privileged and sympathy connections!

We also don’t have anyone qualified in the media to truly critique the industry’s work, so what we end up with is a bunch of pictures and a description of the obvious.

Time and time again, a few of us who follow the international fashion scene like a religion have corrected many a journalists privately, but due to media complacency, nothing happens. Very fortunately now, social media exists and therefore, we are able to call out the fashion thieves.

Another very important aspect of this to understand is that if any media personnel are affiliated to a brand by way of free goods, they should never be taken seriously as a critique.

There are some individuals in your crew as well who have taken part in these events in Colombo and have likely benefited from them. Do they also fall under the same category of – in your own words – ‘privileged’ or someone with a ‘rich daddy’?

Everybody on my team has worked for their place in the fashion scene. They earned their place at the table. It wasn’t bought or paved for them by their family background or connections. Now we want to share whatever privilege we have earned with others, only because we know how hard it was for us to get to this point.

Don’t you think this elite status of those in the industry is attached to you as well? You yourself may seem to people as part of the gatekeepers. Can you contradict that you’re different to ‘the privileged’?

Anyone who truly knows me knows that I have never been a gatekeeper. If at all, I have broken down all gates to get here and when I was not this strong, being attacked by the older designers when I started, I scaled those gates in secret. This goes for my entire panel and team as well.

There have been many people who have tried to stop us and still do. Thinking back on the struggle and the constant need to earn this place, it all seems so insignificant now, considering that fact that we were actually fighting the privileged and not the talented.

Why do you think there is so much gatekeeping? What are some of the key factors that bar someone from entering the fashion scene in Colombo and should they even strive to be a part of it?

Everybody deserves to be a part of it; anyone with passion and talent. There is so much gatekeeping because as with anything in this capitalist world, there’s always that belief that creating an equal space for everyone will take away a piece of your pie. But the simple fact is that if you are good at what you do, you don’t have to be afraid. Your piece of that pie will always be yours. 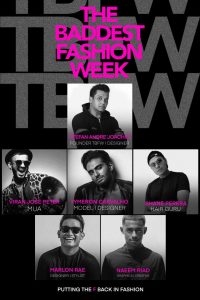 No one in our team is afraid of competition and this is why we have never been afraid to invite people to our table. We are without question the best in Sri Lanka at this moment and having said that, we may not be relevant in five years from now. However, right now, it’s game on and we are all Sri Lankan!

What would you say is your personal reasoning for launching a project such as TBFW, and why has it taken so long to create such a space?

This is probably going to be the only answer that has most people gobsmacked. I’ve been in this business now for 32 years. However, five years ago, I decided to call it quits on my 30th year and move on to literally greener pastures – an organic farming concept – and a few more holistic things.

However, with that miserable UNP (United National Party) Government and the economic hellfire it led us into, further topped with the negligence of the Easter bombings, I had to rethink of other areas, because being a creative and entrepreneur there is no real support.

Covid-19 for me was the angel in disguise that had me all locked down with my thoughts and how I would have changed my life, since I thought we were all going to be dead by May 2020. This is what made me decide that I would have actually fought harder for a better fashion future for Sri Lanka if I had the chance. I’ve always raised awareness against colonisation and my 2018 collection “Colonial Romance” was all about that. I believe there is still modern-day colonisation by our own people and if we don’t fight it, only we are to blame.

What do you see in TBFW and how do you see it disrupting the current trend and making real change? What kind of change do you want and see happening?

What I see is immense potential. It’ll disrupt the fashion scene by making it accessible and providing a stepping stone for many people who otherwise won’t have any idea of where to start or who to reach out to. We have a team of the best talent in the country right now, with additional guest mentors who are also the trailblazers of this industry. There’s never been a scenario before where so many such people have come together to materialise one “badass” idea for Sri Lanka.

I am a designer, but my passion has always been political science and investigative journalism. I am an entrepreneur but a storyteller at heart. I was an athlete, a swimmer, and a rugby flanker for my street team. Like I said, no one’s daddy handed me this. Failing has never been an option and is certainly not a part of my DNA.

‘We are the solution to preserving and celebrating our biodiversity’: Biodiversity Sri Lanka

May 19, 2021 byNews Admin No Comments
Sri Lanka is renowned for its biodiversity, being a small island with a stunning variety of ecological and animal biodiversity that is almost unrivalled. However, this biodiversity, like biodiversity

Climate change and the role of youth

June 14, 2021 byNews Admin No Comments
“Climate change” has become a very common term today. Before moving on to discuss climate change, it is better to understand what is meant by climate in simple terms.