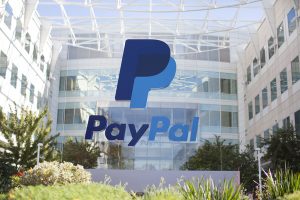 Even though the Central Bank has been in contact with PayPal on establishing the payment giant in Sri Lanka as a domestic partner bank for inward remittances, no significant progress has been made up to now, The Sunday Morning Business learns.

The discussions have been conducted by the Central Bank with the PayPal office in India through PayPal’s regional headquarters in Singapore, but India is yet to confirm an all-important visit to the island to meet relevant officials.

When asked about the progress of getting the payment platform into the country, Central Bank of Sri Lanka – Payments and Settlements Department Director D. Kumaratunge told The Sunday Morning Business that the regional PayPal officials are in the process of assessing opportunities in Sri Lanka to grant PayPal money receiving facility.

“The Central Bank is continuing communication with regional PayPal officials to obtain the PayPal facility to Sri Lanka,” Kumaratunge stated.

Sri Lanka’s initial attempts made towards getting PayPal date back to 2014, under then Central Bank Governor Ajith Nivard Cabraal. Accordingly, negotiations between the parties began and the Central Bank pledged PayPal to ease restrictions to allow inward payments.

The Government that was elected in January 2015 neither made any progress in getting PayPal nor publicly discussed the payment platform up until early 2016. In March 2016, the Government announced plans to get “Stripe”, a new start-up reportedly similar to PayPal.

The same month, then Minister of Telecommunications and Digital Infrastructure Harin Fernando stated that Sri Lanka will gain inward access to PayPal from 2017 onwards as the Government managed to “convince” PayPal. But, PayPal did not enter the country in 2017 and no reasons were provided for this.

In March 2018, Sri Lanka was developing a National Financial Inclusion Strategy (NFIS) to facilitate online payment gateways and digital financial services. In October the same year, the Government said that it was changing laws so that tech industry workers can receive payments from PayPal by 2020. Talks about getting PayPal came to the forefront once again recently ahead of the election.

In 2017, the Central Bank stated that PayPal has been hesitant over the years as there will be low transaction volumes and certainly not because of regulatory limitations. Nevertheless, the Information and Communication Technology Agency (ICTA) a few years ago stated that PayPal is reluctant to venture into Sri Lanka due to complexities in Sri Lanka’s “draconian” Exchange Control Act.

Kumaratunge stated that after receiving a fully fledged PayPal facility, Sri Lankans will be able to service in global businesses, whose mode of payment is primarily PayPal. Accordingly, this will support growth in small and medium-scale businesses.

PayPal is the global leader in online payment solutions with more than 267 million accounts worldwide and available in 202 countries and 25 currencies around the world.  Sri Lankans have been using PayPal for outward remittances but receiving inward remittances has long been a struggle for ecommerce businesses, graphic designers, web developers, and ICT professionals.

Too early and not too late

November 22, 2020 byNethmi Liyanapathirana No Comments
Barack Obama says he understood early on in his presidency that “the federal government headed by the president is an ocean liner, it is not a speedboat”....

April 2, 2021 byNews Admin No Comments
Overseas Realty (Ceylon) PLC (ORCL) recorded revenue of Rs. 2.2 billion in 2020, which is a 5% drop from the previous year. According to ORCL’s annual report, the company’s group revenue and operating