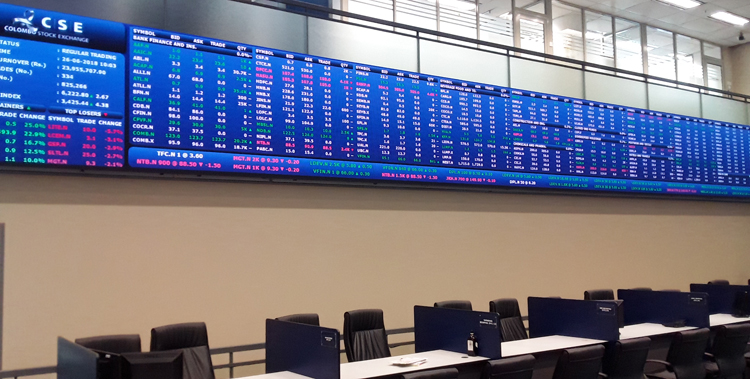 Nine companies, out of which eight recorded losses during the financial year 2018/2019, are expected to face suspension of the trading of securities by the Colombo Stock Exchange (CSE) from 31 March 2021 onwards.


In a disclosure, CSE yesterday (22) announced that the decision to suspend trading comes as the companies have failed to submit their annual reports for the financial year 2019/2020.


According to the CSE, the suspension would be in terms of Rule 7.5 (e) of the CSE Listing Rules and it could be avoided if the companies submit their annual financials for the said year before the 30th of this month.


According to the data from the CSE, the last time Bimputh Finance released its annual financials was in August 2019 and in the particular financial, it had been noted that Bimputh Finance had incurred a loss of Rs. 268 million for the financial year 2018/2019.


Meanwhile, in November 2019, Paragon Ceylon issued its annual report for the financial year 2018/2019 and for this period, the company had incurred a loss of Rs. 2.89 million. Ceylon Printers issued their last annual financials on 28 October 2020 and this was for the financial year 2018/2019. For this period, the company had recorded a loss of Rs. 20.65 billion.


Sinhaputhra Finance PLC earned a profit of Rs. 31 million during this period and it was the only company out of these nine companies to record a profit during the financial year.

July 12, 2021 byNews Admin No Comments
SriLankan Airlines is committed to supporting the national vaccination drive to help the Government of Sri Lanka combat the coronavirus pandemic by flying down two million doses of Sinopharm vaccines.

July 7, 2020 byCharindra No Comments
A petition by Sierra Construction Ltd. following the loss of an LED smart street lighting project awarded by the Colombo Municipal Council (CMC) was dismissed by the Court of Appeal on 19 June 2020.