The Cabinet-approved Norochcholai coal power extension project is languishing due to the Public Utilities Commission of Sri Lanka’s (PUCSL) delay in approving the project.

Despite the project having been sent to the PUCSL over two months ago, it has failed to send its recommendations to the Ceylon Electricity Board (CEB), The Sunday Morning learnt.

Last year, then Minister of Power and Renewable Ravi Karunanayake submitted a cabinet proposal seeking the approval of the Cabinet to authorise the CEB to construct a fourth unit with the capacity of 300 MW. This was to be constructed as an extension to the Norochcholai Coal Power Plant (Lakvijaya Power Station) in Puttalam, using the same infrastructure in the same facility.

Following the presidential election, the Cabinet granted approval to expand the Norochcholai facility in January this year. 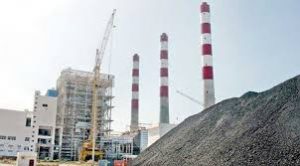 When contacted by The Sunday Morning, CEB Chairman Eng. Vijitha Herath stressed that the CEB is waiting for PUCSL’s approval for the construction of the Norochcholai power plant extension. However, according to him, once PUCSL approval is received, the CEB would refer it to the Attorney General (AG).

Admitting that there is a delay in the Norochcholai extension, the CEB Chairman stressed that the process couldn’t be expedited unless the approvals are received on time.

He added that the environmental impact assessment (EIA) and technical evaluation of the 300 MW power plant were still being conducted, and once the reports indicate the green light to the project, the CEB would go ahead.

Meanwhile, speaking to The Sunday Morning, a senior engineer of the CEB, who wished to remain anonymous, said that in a situation like this, the CEB should go for the cheapest and easiest way of generating more electricity to meet the demand and therefore, the construction of an extension to the existing Norochcholai Coal Power Plant is the best option the country has at present.

“At the moment, we are conducting the EIA report. Once it is completed, the construction would be launched,” he stressed.

September 23, 2021 byRuwani Fonseka No Comments
Two hand grenades have been found inside a dumpster behind the Negombo Senior Superintendent of Police (SSP) Office premises, The Morning learns.

When contacted by The Morning, Senior Superintendent

May 22, 2021 byAazam Ameen No Comments
Former All Ceylon Makkal Congress (ACMC) MP Ishak Rahuman says that despite the announcement by the ACMC that his Party membership has been suspended, he has not received any official communication wi