A faulty steam tube at the Norochcholai Power Plant has forced the shutdown of one 300 MW unit, while another 300 MW unit is currently undergoing routine maintenance, Ceylon Electricity Board (CEB) sources told The Morning.

As a result, only one unit, of a capacity of 300 MW, is currently functioning, but the CEB said there would not be any power cuts as hydropower generation is currently at its peak. 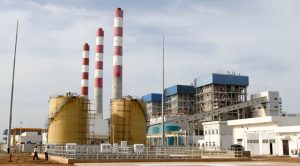 As learnt by The Morning, the power plant was scheduled for maintenance in January as it prepares to supply electricity during the dry season from February to May.

The CEB management confirmed that one unit of the power plant was currently not functioning due to a fault in a steam tube. Repair work is currently ongoing and the management assured that the unit would be fixed within two weeks from the date of breakdown. It is said the unit broke down last week.

The Chinese-built coal power plant at Norochcholai has intermittently broken down since its inception.

In August, the entire country was left without power in an hours-long outage following an “unspecified failure” at the Kerawalapitiya Power Station. Following this, the country faced power cuts for a few days as the CEB said it could not turn on the Norochcholai Power Plant immediately after the blackout.

According to the CEB, only around 20% of total power generation is supplied via thermal coal, while 38% is supplied through thermal oil and 40% through hydro.

State Minister for Solar, Wind, and Grid Power Projects Development Duminda Dissanayake told The Morning that there will not be a shortfall in the power supply due to low power consumption these days as well as the hydropower generation capacity of the country.

He noted that the 300 MW unit that was shut for maintenance will recommence operations on Friday (20).

No room for outsiders: UNP

June 2, 2019 bythemorninglk No Comments
With speculation rife that a presidential election will be held in December this year, The Sunday Morning learnt that a United National Party Prez candidate could only be an individual from within