Not Just Sports: IPL and spot-fixing – Flash back to 2013 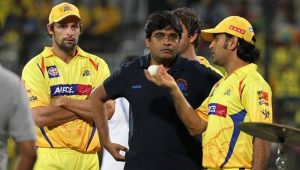 Fixing phenomenon had been part of the league the previous year too. The 2012 IPL spot-fixing case led to the banning of five cricketers. It started when a Hindi news channel, India TV, aired a sting operation. The five players had allegedly sought money in exchange for spot-fixing.

In addition, one Abhinav Bali, who was not in contact with any team during the 2012 season, was banned for a year. In the sting operation, Bali claimed to have spot-fixed during the 2009 season too.

The India TV said on 16 May, 2021: “Many IPL players confessed on hidden camera that they get much more than their prescribed auction amount under the table as black money. Shockingly, it was also revealed that big players of Indian cricket are involved in fixing the matches.”

In 2013, as the three RR players got arrested, Mumbai Police also arrested Vindu Dara Singh, Priyank Sepany — who was known to be a diamond dealer– and Chennai Super Kings (CSK) Team Principal Gurunath Meiyappan, for alleged betting in a separate case.

Gurunath Meiyappan is the son of A.V.M. Balasubramanian, one of the five sons of A.V. Meiyappan and was also the Managing Director of AVM Productions and Entertainment, AVM Studios, and AVM Constructions.

Gurunath became son-in-law of Indian industrialist and former Board of Control for Cricket in India (BCCI) President and the International Cricket Council (ICC) Chairman Narayanaswamy Srinivasan.

On 4 June 2013, Delhi Police said that the three players and 23 other people were arrested by them in the spot-fixing scandal. They were going to be charged with the provisions of Maharashtra Control of Organised Crime Act (MCOCA) since they had allegedly been acting under the command of underworld dons Dawood Ibrahim and Chhota Shakeel.

But Sreesanth, Chandila, and Chavan were all released on bail on 10 June 2013 by a Delhi Court, due to lack of evidence to be charged under MCOCA yet BCCI banned Chandila for life. Sreesanth’s BCCI life ban was lifted by the Indian Supreme Court in 2019. In 2015, the Delhi Court discharged Chavan of all the charges and in June this year, BCCI lifted the life ban on Chavan.

Sreesanth’s father Shantakumaran Nair once termed his son’s arrest to be a “larger conspiracy” and blamed cricketers Mahendra Singh Dhoni and Harbhajan Singh for connecting his son with the scandal, but later retracted the statement.

November 17, 2021 byRevatha No Comments
Seven Australian cities are confirmed as the venues for the 2022 Men’s T20 World Cup