Not officially notified about removal from Working Committee: Ajith 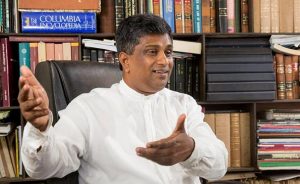 United National Party (UNP) MP Ajith P. Perera said he was not officially informed about being removed from the UNP Working Committee.

News reports today said Perera and Field Marshal Sarath Fonseka have not been included in the newly appointed Working Committee.

However, Perera speaking to The Sunday Morning said there was no logical reason as to why he would be excluded from the new Working Committee.

Perera added that he would discuss the matter with a group of UNP parliamentarians during the day.

The UNP is expected to reach a final decision regarding the party leadership later today (30), after the previous meeting held on  16 January ended inconclusively.

Lowest PCRs for June on Saturday

June 28, 2021 byNews Admin No Comments
The lowest number of daily polymerase chain reaction (PCR)4 tests conducted in the month of June in Sri Lanka was reported this weekend, with a mere 14,110 PCR tests being conducted on Saturday (26).