Crocodiles have been in the news a lot recently; from the unfortunate attack off Dehiwala beach where a man succumbed to his injuries after being attacked by a saltwater crocodile, to reports and footage circulated digitally of another saltwater crocodile that had been killed during capture in late December, to another incident a few days in Dehigahalanda where another person succumbed to their injuries after being attacked by a crocodile.

The recent crocodile attack off Dehiwala has garnered a lot of media attention, and for many, the sight of a crocodile is often met with fear for multiple reasons. In the wake of incidents like the ones off Dehiwala beach and the one in Dehigahalanda, fear of crocodiles can increase, and this can lead to retaliatory attacks that can see more crocodiles harmed. 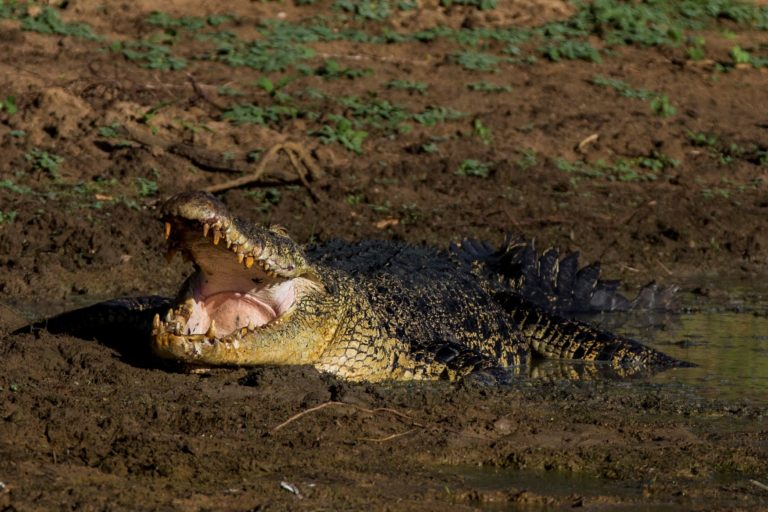 Human-crocodile conflict is a very real reality in Sri Lanka, though it tends to fly under the radar compared to more publicised forms of wildlife conflict

Human-crocodile conflict is a very real reality in Sri Lanka, though it tends to fly under the radar compared to more publicised forms of wildlife conflict, like human-elephant conflict. Similar to elephants, crocodiles are an endangered species – mainly due to their limited distribution within the island.

The incident in Katuwangoda, which happened before the crocodile attack off Dehiwala beach (though it gained popularity online after), was just an example of how crocodiles can (inadvertently or otherwise) be killed by human intervention. Preliminary investigations have revealed that the animal was killed from a bait that was used to capture the animal.

Environmental Foundation Ltd. (EFL) Research and Investigations Officer, Conservation Scientist, and Herpetologist Dinal Samarasinghe explained that a two-sided hook with evidence of chicken feathers in it was found in this particular crocodile. Sharing his personal theory on what led to the crocodile’s death, Samarasinghe said it was likely that the crocodile was caught further upstream and died before drifting downstream to Katuwangoda. With investigations still underway, Samarasinghe said that it is still not clear why this crocodile was hunted, noting that the most popular reasons for crocodile hunting are for meat, or in retaliation for the crocodile having taken dogs, cattle, chickens, or other livestock. The age of the crocodile found in Katuwangoda is estimated to be between 60 and 70 years old (saltwater crocodiles typically live to about 70 years of age in the wild), which accounts for its size of 17 feet. 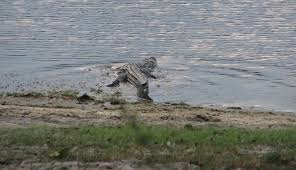 With a person being killed in a crocodile attack in Dehiwala on 3 January, and the footage of the crocodile death in Katuwangoda making the rounds on social media around 5 and 6 January, one question that arose and was quickly debunked was if this was the same crocodile from Dehiwala that had been found dead (the footage criculated was from 28 December 2021), and if it was that crocodile, had it been killed because of the attack in Dehiwala? While the two incidents are unrelated, the question of what happened to the Dehiwala crocodile still remains. Efforts are underway by the Department of Wildlife Conservation (DWC) to track down the crocodile from Dehiwala beach and translocate it, something Samarasighe explained is a fairly common response to a crocodile, or any other animal, in a human-heavy area where the animal may pose a threat to humans (or where the animal itself is at risk from humans).

When asked about the likelihood of crocodiles being attacked in the wake of the Dehiwala beach incident, Samarasinghe said: “If an attack happens, there is always the threat of retaliatory killings,” noting that one of the DWC key responses to crocodile sightings is awareness initiatives. Making the public aware that there are crocodiles in the area, how normal this is (crocodiles are found in many places across Sri Lanka, including Colombo), and how to protect themselves from crocodile attacks. “For example, the Kelani river has a large, natural crocodile population,” Samarasinghe explained, adding: “So if a person spots a crocodile it shouldn’t be deemed as unnatural; it is a normal thing, and there shouldn’t be pressure exerted on the DWC or other authorities, because they are in their natural habitat.”

Samarasinghe also added that it is very important to remember that crocodiles are endangered animals and are strictly protected under Section 30 and Section 31 of the Flora and Fauna Protection Ordinance, and those who harm or are unlawfully in possession of crocodiles (or any of their parts) are liable to fines and imprisonment. 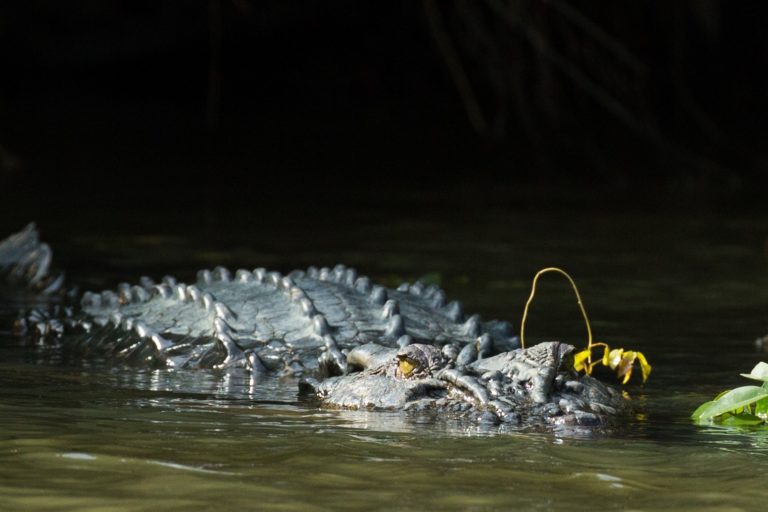 But what of crocodiles in cities and other urban areas – it is fairly well known that crocodiles are spotted in the Wellawatte Canal, at Nawala’s Valley Park, and in the Diyawanna Park – are they meant to be there? Are these natural crocodile habitats? The simple answer is yes. Giving us a little more insight, Samarasinghe explained that these were in fact natural habitats for crocodiles, and following the war, many waterways in Colombo were cleared out. The banks of these waterways were cleared, the silt was removed, and combined with the general development of these areas, the last 10 years have seen crocodiles become more and more exposed to humans. The internet and social media have also played a big role in spreading word of these crocodiles, something which Samaraisnghe said is a double-edged sword since this has increased awareness on crocodiles, but also fear.

But how much fear do we need to have? While the nice answer would be none, in reality, it’s important to understand that crocodiles are dangerous – in the case of saltwater crocodiles, they can also be territorial and aggressive – but crocodile attacks on dry land, regardless of the type of crocodile, are very rare, so where we really need to exercise caution is near bodies of water.

“It’s always good practice around any water to keep about six metres away from the bank of the waterway,” Samarasinghe shared, and this is not because we have to always be vigilant of a crocodile attack, but for safety.

It’s easy to go into panic mode after incidents like the ones in Dehiwala and Dehigahalanda, but it is very important not to let fear get the better of us. Crocodiles, though fearsome, are animals too, and in many cases are interacting with humans who have, for various reasons, encroached into the habitats that used to be theirs – this is the chief cause of human-wildlife conflict i.e. habitat destruction or reclamation – and this is the same reason we see such elevated levels of human-elephant conflict. It’s important, now more than ever, to live and let live.

Hook-ups, friends with benefits, and dating apps: Should casual really be cold?

April 4, 2021 byNews Admin No Comments
There are two things we’ve all heard about dating in the current world. “It’s crazy out there, the dating pool is terrible”, or, “I don’t think I want to invest, or commit. You can’t trust anybody”. B

Ashes, ashes, they all fall down: Pyramid schemes and how to spot them

May 30, 2021 byNews Admin No Comments
Businesses allow ambitious individuals to pursue their dreams of success, both personally and professionally. By their very nature, businesses create better opportunities for society through products