Now, where are our “legends”? 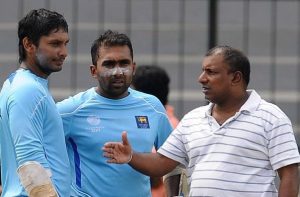 Firstly the cricket board were the sole culprits. Then, after Saturday’s Southampton’s “debacle of the debacles”, the players are being sent to the gallows.

But where are the so-called legends who made this team? Aravinda de Silva, Mahela Jayawardene, and Kumar Sangakkara basically run the show of national cricket under the present Sports Minister, who concedes that he has put the game under the legends’ watch.

Sangakkara objectively discusses the debacle on TV as if he is not a part of the show! Soon the day will come when all of you will have to answer the public on what really happened and who actually made this lion-hearted cricketing side a bunch of timid jokers.

May 5, 2021 byRevatha No Comments
Kusal Mendis to be recalled for national duty