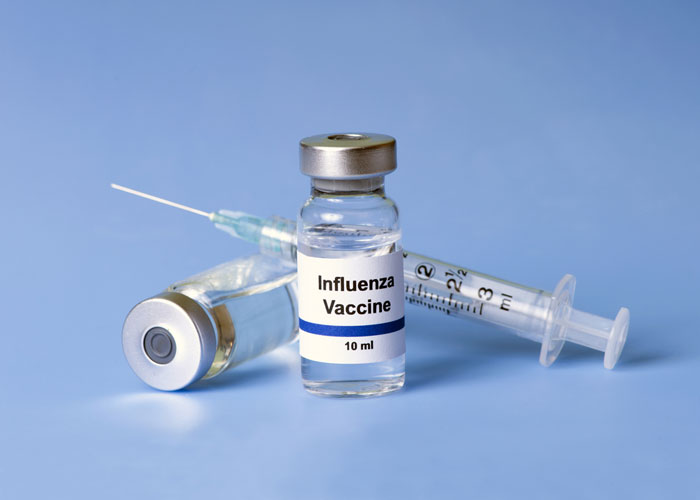 The overall knowledge, attitudes, and practices regarding influenza and vaccination need to be improved among healthcare workers, especially nurses, a local study found.

Therefore, it was observed that misconceptions and fears regarding inoculation need to be addressed if immunisation programmes are to be successful.

These findings and observations were made in a short report titled the “Preliminary survey of knowledge, attitudes, and practices among nurses regarding seasonal influenza and influenza vaccination” authored by W.C.R. Fonseka, G.E. Ganhewa, K.P.B. Guneratne, A.S. Hapugalle, S. Nagarajah, and B.C.V. Senaratna (all attached to the Faculty of Medical Sciences of the University of Sri Jayewardenepura), and K.M. Gunasekera (attached to the Department of Microbiology of the same), which was published recently in the Sri Lankan Journal of Infectious Diseases.

Influenza is of public health importance, as it causes, according to the World Health Organisation’s (WHO) Seasonal Influenza Fact Sheet of 2020, epidemics and pandemics per annum, which result in three to five million severe cases and 290,000-650,000 deaths worldwide. In Sri Lanka, as per the Annual Health Statistics of 2018 of the Medical Statistics Unit of the Ministry of Health, respiratory illnesses are the third leading cause of hospital admissions and fourth leading cause of deaths, with influenza being identified as a major contributor to such.

The Influenza vaccination, which is given annually (seasonal influenza vaccines have been approved for use but not provided to healthcare workers free of charge by the government) and is recommended for high-risk groups including healthcare workers, as the latter have an occupational risk of acquiring and spreading the influenza infection to patients and staff, decreases the risk of infection, morbidity, and mortality in infections originating in hospitals, Fonseka et al. explained. Fonseka et al. noted, however, that as found by J. Ryan, Y. Zoellner, B. Gradl, B. Palache, and J. Medema in “Establishing the health and economic impact of influenza vaccination within 25 European Union countries”, vaccine coverage is reported to be low among healthcare workers, even in countries where it is provided free.

An interviewer-administered questionnaire consisting of 20 open and closed-ended questions had been utilised. Each correct answer was scored one point, and incorrect or “don’t know” responses scored zero. The maximum score for knowledge was 23 and was graded as good (above 18 points), average (13-17 points), or poor (below 12 points).

Regarding knowledge, 11 questions were included in the questionnaire. The 11 questions included were: “Can you name four physical features of influenza/viral fever?” (such as fever, cough, blocked nose, shortness of breath, body aches, headache, sore throat, fatigue, the loss of appetite, wheezing, nausea and vomiting, sneezing, chest pain, vertigo, chills, and tachycardia – where the heart rate is over 100 beats per minute); “During which months of the year do influenza outbreaks occur?”; “Is it a mild disease or does it have complications that could lead to death?”; “Who is at risk of severe complications from influenza?” (children, the elderly, pregnant women, and those having chronic diseases); “Can you name three methods to prevent contracting influenza oneself?” (wearing masks, washing hands, avoiding patients, avoiding touching patients, not sharing utensils or personal items, vaccination, wearing gloves, disinfection, and isolation); “Mention three methods of transmission” (droplets, airborne, contact with objects, and contact with the infected); “Can you name three measures that would prevent the transmission to others?” (wearing face masks, washing hands after coughing, covering one’s nose and mouth when coughing or sneezing, not spitting, wiping respiratory secretions off surfaces, not sharing utensils or personal items, isolation, and avoiding crowds); “Is there any medication for influenza?”; “What are those medications?”; “Is there a vaccine for influenza?”; and “How often is it that the vaccine needs to be given?”.

According to the results, the level of knowledge on symptoms was good among a majority – 68% (66/97). The majority (83.5%), it was found, were aware that influenza could lead to complications and death. However, knowledge regarding high-risk groups was mostly average (38 – 39.2%). According to the researchers, the failure to identify healthcare workers as an “at risk” group was notable. Worse still, knowledge on the methods of influenza transmission was poor in most (52 – 53.6%), and average regarding preventive measures. Only seven (7.2%) nurses had mentioned the influenza vaccine for prophylaxis and only 42 (43.3%) knew that Oseltamivir was the drug of choice. The majority (74.2%) knew that an influenza vaccine was available but only five (5.2%) knew it had to be taken annually.

Concerning attitude, seven questions were included in the questionnaire. The seven questions included were: “Have you ever had influenza?”; “Were there any complications and did you need hospitalisation following an attack of influenza?”; “Do you suffer from a chronic illness?”; “Do you think that vaccination is safe?”; “If the Government provides the vaccine for free, would you be willing to take it?”; The reason/s for not taking the vaccine (perceiving it as being non-essential), having doubts regarding its efficacy, the fear of vaccines, the fear of experiencing side effects, being vaccinated in the past, and no reason being given); and “Are you willing to take the influenza vaccine annually as has been prescribed?”.

A majority (62 – 63.9%) believed that the vaccine was safe and a majority (77 – 79.4%) agreed to be vaccinated if the vaccination was free. As per Ramadhani et al., there were positive attitudes towards vaccination among nurses. However, 15/77 (19.5%) were reluctant to be vaccinated annually. The researchers found that only 5.2% were aware that annual vaccination was required and that when apprised of the need for annual vaccination, willingness to vaccinate decreased from 79.4% to 69.1%. Barriers for vaccination were perceiving it as being non-essential (six) (according to Schmid et al., poor perception of the usefulness of the influenza vaccine has been identified as a significant barrier to the vaccine uptake), entertaining doubts regarding its efficacy (four), having the fear of vaccines (two), having fears of (the fear of side effects, according to Schmid et al., and “Vaccinating healthcare workers: Level of implementation barriers and proposal for evidence-based policies in Turkey” by L. Ozisik, M.D. Tanriover, S. Altnel, and S. Unal, was the most stated reason for the refusal of vaccines), experiencing side effects (two), being vaccinated in the past for influenza (one), and the need for annual vaccination.

In a Saudi Arabian survey (“Healthcare professionals’ knowledge, attitude, and acceptance of influenza vaccination in Saudi Arabia: A multi-centre cross -sectional study” by T.M. Alshammari, K.B. Yusuff, M.M. Aziz, and G.M. Subaie) among healthcare workers, predominantly nurses, it was found that healthcare workers, mainly nurses, described having good knowledge and attitudes, probably resulting in a high level of acceptance and uptake of the vaccine.

Pertaining to practices, two questions were included in the questionnaire. The two questions included were: “If you were ill with viral fever, would you go to work?” and “Have you ever received the influenza vaccine?”.

However, Fonseka et al. pointed out that whether vaccination should be compulsory for healthcare workers is debatable.

November 13, 2020 byCharindra No Comments
The Central Environmental Authority (CEA) yesterday (12) issued a set of guidelines to be followed when disposing of personal protective equipment (PPE) used by the general public.