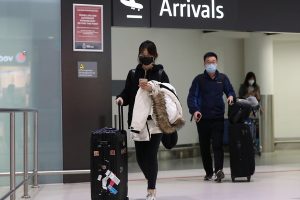 China is the world’s largest oil importer but has restricted passenger travel to control the coronavirus outbreak, leading the OPEC to lower its 2020 demand forecast and resulting in a rapid drop in oil prices.

Despite an over 10% and over 20% drop in global oil prices since early January, the Government has opted to maintain the current fuel prices until and unless the world prices reduce further in the weeks ahead.

Global oil prices have been on a declining trend amidst the coronavirus pandemic and the Singapore Platts price of a barrel of petrol and a barrel of diesel recorded a drop of over 10% and 20%, respectively as of Wednesday (12) from their prices early this year.

However, issuing a press release on Friday (14), Minister of Transport Services Management and Power and Energy Mahinda Amaraweera noted that the recent drop in global oil prices is not sufficient to reduce local oil prices.

“Due to the hike in global oil prices reported two weeks ago, local prices of petrol and diesel were supposed to be increased by Rs. 12, but the Government did not do that. The current drop in global oil prices is not permanent. It’s a short-term drop,” the release added. He added that benefits will be passed on to the public only if the declining trend or reduced prices prevail in the long term.

China is the world’s largest oil importer but has restricted passenger travel to control the coronavirus outbreak, leading the OPEC to lower its 2020 demand forecast and resulting in a rapid drop in oil prices

Since the latest fuel price revision carried out by the former Government on 10 September 2019, the Singapore Platts prices of petrol and diesel dropped by over 7% and over 13%, respectively as of Thursday (13), with several price surges during the period in between.

In October and November, the last two months under the previous Government, fuel prices were not revised despite the fluctuation in global oil prices. Since the date of the last revision to 10 October, Singapore Platts’ price of a barrel of petrol reduced by over 1% to $ 67.50 from $ 68.40, while diesel was reduced by 2.5% to $ 73.74 from $ 75.69.

This was due to a missile attack on an Iranian state-owned oil tanker off the coast of Saudi Arabia on 11 October last year.

This was mainly due to escalated tensions between the US and Iraq during the month of December. Following the death of a US military contractor in a rocket attack on 27 December last year, the US launched retaliation on 29 December against an Iraqi militia, backed by Iran.

Retaliation attacks continued to happen as tensions between the US and Iran were gradually increasing. As a result, on 3 January this year, the US launched a drone attack outside Baghdad International Airport in Iran, which killed Iran’s most powerful military commander, Maj. Gen. Qasem Soleimani.

Soleimani’s killing led to a major escalation in tensions between Washington and Tehran. Tensions continued to prevail in the subsequent days and as a result, Singapore Platts’ price of a barrel of petrol, which was $ 71.50 on 2 January, gradually increased to $ 74.90 on 6 January, while a barrel of diesel reached $ 81.44 from $ 78.74 on 2 January.

This trend saw a reversal of it following the coronavirus outbreak that came to global limelight in January this year. Driven by a comparatively lower demand of oil owing to the restricted travelling in China, as of Wednesday (12), global oil prices witnessed a double-digit drop from their early January levels.

Amidst the growing concerns surrounding the coronavirus outbreak in China, the world’s biggest oil importer, the Organisation of the Petroleum Exporting Countries (OPEC), lowered its 2020 demand forecast for its crude oil by 200,000 barrels per day (bpd) on Wednesday (12).

China is the world’s largest oil importer but has restricted passenger travel within the country as well as to and from the country, as quarantine measures are ongoing in a number of areas inside China.

Oil refiner China National Chemical Corp said on Thursday (13) that it would close a 100,000 bpd plant and cut processing at two others amid falling fuel demands.

As exclusively reported by The Sunday Morning Business on 5 January this year, under the headline “Fuel formula ‘U’ turn?”, the Government was said to continue with the fuel pricing formula despite earlier claims to the contrary, made both prior to and following the presidential election in November.

However, it still remains unclear whether the new Government is going to proceed with the formula as February is the fifth month in a row where fuel prices were not revised, reflecting the fluctuations in the global oil market.

In May 2018, the then Government brought in a fuel pricing formula that would be revised on the 10th of each month, reflecting fluctuations in the global oil market.

The purpose of the formula was to eliminate ad hoc price revisions driven by political needs as opposed to economic needs, establish cost-based pricing, reduce losses suffered by the State due to low fuel prices, and also protect the loss incurred by state-owned Ceylon Petroleum Corporation (CPC).

March 18, 2021 byNews Admin No Comments
Altair, the luxury commercial development in Colombo, stated that 70% of condominium units have been pre-sold.

August 9, 2020 byCharindra No Comments
It is time for a multifaceted solution to build a safe environment while doling out strict punishments, says Dr. Nicholas Ruwan Dias and Niresh Eliatamby.