1936 – Born this day, Sir Garfield “Garry” Sobers, one of Wisden’s five cricketers of the 19th Century and unarguably the best all-rounder in the history of cricket. He was just 21 years old when he converted his maiden Test century into a gigantic 365 not out against Pakistan. Sobers won the 1966 series in England almost single-handed, scoring three centuries –all in excess of 160– and a 94, as well as taking 20 wickets with his left-arm bowling. For many years he was a stalwart at Nottinghamshire, and against Glamorgan in Swansea in 1968, he became the first batsman to hit six sixes in an over in first-class cricket 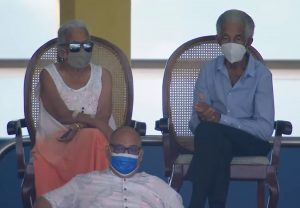 Sir Garry Sobers who was 85 years old on Wednesday, 28 July came to watch the West Indies vs. Australia thirds and decisive ODI on Monday (26) at Kensington Oval in Bridgetown, his hometown in Barbados

1970 – Birth of the first leg-spinner to play Test cricket for Zimbabwe. Paul Strang won his first cap in 1994-95 and was soon joined in the team by his brother Bryan. The highlight of his career came in Sheikhpura in 1996-97 when he followed an unbeaten century from No. 8 with a five-wicket haul in Pakistan’s reply 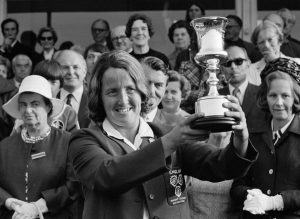 1996 – Americans Karch Kiraly and Kent Steffes win inaugural beach volleyball gold medal at the Atlanta Olympics. Kiraly is the first to win gold in both indoor and beach events 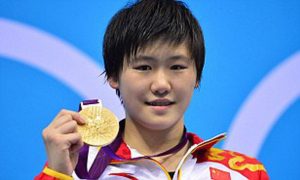 2020 – A 2-1 series loss for West Indies. It also brought England fast-bowler Stuart Broad his 500th Test wicket, making him only the seventh bowler to reach the milestone. Match belonged to Broad, who took 6/31 in the first innings, then followed it up with a 33-ball fifty from No. 9, and wrapped up the West Indies fourth innings with 4/36, reaching his 500 with the wicket of Kraigg Brathwaite (who was incidentally England’s James Anderson’s 500th victim too). The series was the last the two teams played for the Wisden Trophy, which was replaced by the Richards-Botham Trophy thereafter

December 27, 2018 byRevatha No Comments
The ICC ACU officials have handed over a report to the new Sports Minister in Dubai.