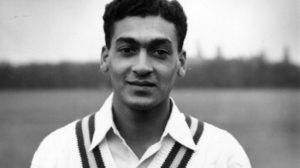 1954 – Aged just 16 years 352 days, Khalid Hasan made his Test debut for Pakistan, against England at Trent Bridge. At the time, Hasan was the youngest Test cricketer, but he has since been left behind by a series of younger men. Hasan does have one record: as a one-cap wonder, his last day of Test cricket came at the tender age of 16 years 356 days! 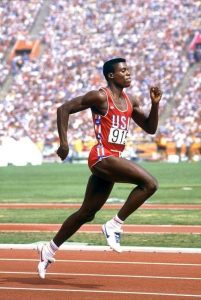 1961 – Birth of American sprinter Carl Lewis. He won nine Olympic gold medals during the 1980s and ’90s. In 1997, he retired from competition. Two years later he was named the Sportsman of the Century by the International Olympic Committee (IOC)

1973 – First U.S.-China basketball game, U.S. Collegiates beats Shanghai 96-61. This game was of major historical importance at the time, as it was a sign of a political thaw between the U.S. and China. President Richard Nixon had been leading the initiative to improve relations with China and this was a major acknowledgement of that effort by the Chinese, who approved the television for this trip only days prior to the event 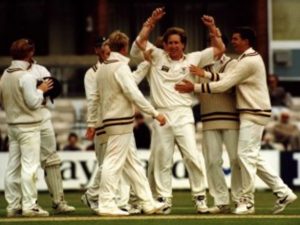 Kevan James who took the wickets of Rathore, Tendulkar, Dravid, and Manjrekar in 1996 in Southampton

1996 – In a tour match against India in Southampton, Hampshire’s left-arm pacie Kevan James took four wickets in four balls – and then scored a century. The four wickets were Vikram Rathore, Sachin Tendulkar, Rahul Dravid, and Sanjay Manjrekar! James is still the only man to do so in a first-class cricket match

April 8, 2021 byRevatha No Comments
The ploy of current national selectors to infuse young blood come in for praise by former cricketers

Tatenda Taibu set to return to competitive cricket in SL

December 6, 2018 byRevatha No Comments
He has signed for Sri Lankan domestic side Baduraliya CC for the forthcoming first-class season, he confirmed to ESPNcricinfo, in response to an advertisement for an overseas player.