1939 – The last day of first-class cricket in England before the declaration of war against Germany two days later. Yorkshire opted to carry on playing against Sussex at Hove. Slow left-armer Hedley Verity finished with the amazing figures of 7/9 to give Yorkshire the County Championship. It was his last match as he died in a war camp in Italy in 1943

1946 – In the first-ever US Open women’s golf, Patty Berg wins after taking a 36-hole final five and four over Betty Jameson 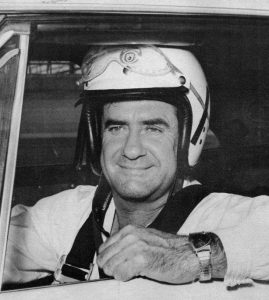 On 1 September 1953, Buck Baker takes lead with 10 laps remaining to win the Southern 500 at Darlington in the most competitive event in NASCAR Grand National history

1953 – Buck Baker takes lead with 10 laps remaining to win the Southern 500 at Darlington in the most competitive event in NASCAR Grand National history. During the race, four drivers swap lead a record 35 times

1962 – Birth of Dutch soccer mid-fielder Ruud Gullit. He earned 66 caps for Netherlands,won the Ballon d’Or in 1987 while playing for AC Milan. He also represented Feyenoord, PSV and Chelsea 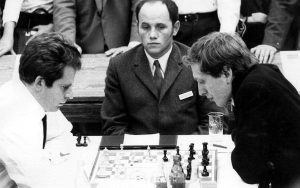 In 1972, American chess grandmaster Bobby Fischer (on right) beats Russian champion Boris Spassky (left) in what was the most publicised world title match ever played

1972 – American chess grandmaster Bobby Fischer beats Russian champion Boris Spassky 12.5-8.5. It was the most publicised world title match ever played and Fischer was the first American to win the title

1976 – England women’s cricket Captain Clare Connor was born. She led them in the World Cup that year and in the tough series against Australia in 2001. Her greatest achievement was leading England to the women’s Ashes in 2005, the first time Australia had lost the trophy since 1963 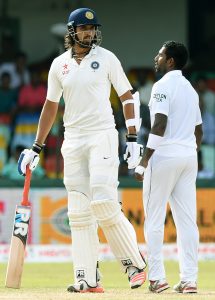 2015 – A come-from-behind win against Sri Lanka at the SSC gave India their first Test series victory in the country since 1993. Sri Lanka were set a target of 386. Angelo Mathews scored a fighting century and Kusal Perera scored an aggressive fifty, but Ravichandran Ashwin and Ishant Sharma combined to give India victory by 117 runs, and with it their first overseas series win since 2011

September 20, 2021 byRevatha No Comments
Sri Lanka's tour of India next year will include two Tests