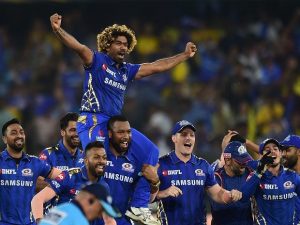 Lasith Malinga had a torrid day with the ball conceding 42 runs in his first three overs, but he came back and defended nine off his final over

1867 – Birth of Australian off spinner Hugh Trumble. He was the first bowler to get two hat-tricks in Tests

“Dick” to save Sri Lanka!

May 28, 2021 byRevatha No Comments
SL vs. Bangladesh dead rubber today

September 11, 2019 byRevatha No Comments
The Sri Lanka ODI and T20 International squads for Pakistan have been given approval by the Minister