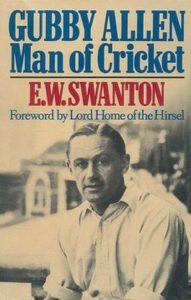 1944 – Birth of Inna Ryskal, soviet volleyball player for Soviet Russia. She played in four Olympiads and brought home four medals; two silver and two gold. No other volleyball player in the world had matched these accomplishments. The Russian strategy was based on pure power and Ryskal was the power hitter of the team, earning her the nickname “Kaspiiskaia Thunderstorm” 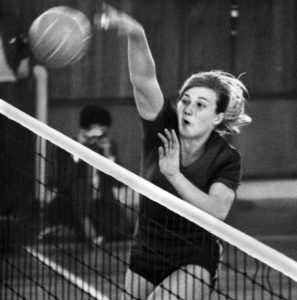 Inna Ryskal was a major player to help Soviet Union women’s national volleyball team to dominate the world in late 1960s to early 1970s by winning four medals in four consecutive Olympics, from 1968 to 1976

1955 – Australia scored 758/8 in the fifth Test against West Indies in Kingston, their highest Test total. Their innings had started badly when they stumbled to 7/2, but a Test-record of five individual hundreds; from Colin McDonald (127), Neil Harvey (207), Keith Miller (109), Ron Archer (128), and Richie Benaud (121) left West Indies wilting. Benaud’s hundred came in 78 minutes and for the first time in Test history, five bowlers conceded 100 runs, and a sixth (Garry Sobers) went for 99. Australia went on to win the match by an innings and 82 runs

1993 – Death of former British racing driver and commentator in Formula One, James Hunt. His closest friend among the drivers was Niki Lauda, with whom he had a thrilling battle for the 1976 driving title. Lauda had been well in front until he was nearly killed in a fiery accident at the Nurburgring. James won that race and five others to force a championship showdown with the miraculously-recovered Lauda in the last race of the season. It was so wet in Japan that Lauda decided it was too dangerous to race and parked his Ferrari after a couple of laps. Hunt stayed out in his McLaren and drove furiously to finish third and become World Champion

1997 – Sri Lanka’s first Test in the Caribbean island of Antigua ended in a six-wicket defeat. The usual first-innings five-for from Muttiah Muralitharan had given Sri Lanka a slender lead, but they fell away for 152 in the second innings. That left West Indies to chase 187, and their opening pair of Stuart Williams and Sherwin Campbell polished off 160 of them to leave victory a formality 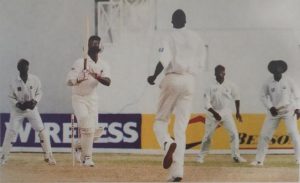 Curtley Ambrose takes his 300th Test wicket, that of Sajeewa Silva, in the 1997 Antigua match which Sri Lanka lost by six wickets

2017 – A big moment for Scotland cricket. Their 26-run win over Zimbabwe in the ODI in Edinburgh was their first over a Full-Member team. Captain and opener Kyle Coetzer made 109 and Craig Wallace and Michael Leask chipped in with lower-order fifties to take Scotland to 317. After a rain interruption during the chase, Zimbabwe were set a new target of 299 in 43 overs. Sean Williams and Malcolm Waller took charge, but Zimbabwe were bowled out in the 42nd over. Left-arm spinner Con de Lange took a career-best 5/60

May 7, 2021 byRevatha No Comments
Adds “failure to do so could be deemed aiding abetting perpetrators”