1946 – South African cricket all-rounder Mike Procter was born today. He only played seven Tests, but he left an indelible impression. Bowling at tremendous pace off the wrong foot, he took 26 wickets at only 13.57 in his final series in 1969-70, as South Africa blitzed Australia 4-0 in a four-Test rubber. In 1970-71 he became the last of only three players to score a century in each of six consecutive first-class innings 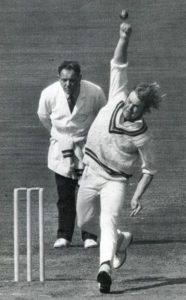 1961 – The enigmatic West Indian fast-bowler Patrick Patterson, a legend who later went missing for many years and was later found, reportedly, with loss of memory on his past, will be 60 today. In his debut series, Patterson took 19 wickets helping West Indies, alongside Marshall, Holding, Garner, and Walsh to record Windies’ second successive “Blackwash” series. The Jamaican took 93 wickets in 28 Tests during 1986-92 at an average of 30.90 before hiding in the wilderness 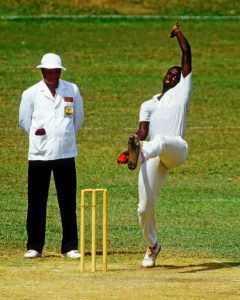 1971 – Birth of New Zealand batsman Nathan Astle. He established himself as a consistent, and occasionally explosive, contributor to New Zealand’s middle order. He cited the lack of motivation for his surprise retirement from international cricket six weeks before the 2007 World Cup

2011 – Lancashire won the County Championship after 77 years. They were unbeaten in their first six games, and lost only four of the 16 they played in the season 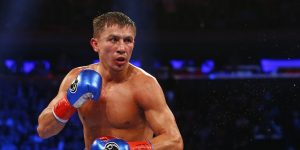 Gennady Gennadyevich Golovkin, often known by his nickname “GGG”, is a Kazakhstani professional boxer, who was a two-time middleweight world champion

2018 – Russian boxer Gennady Golovkin, with a record of 38-1-1 and 34 K/Os, loses his first pro fight in record 20th title defence, as well as an undisputed world middleweight crown, when he was outpointed by Mexican Canelo Álvarez in Las Vegas, U.S.A.

Can weightlifting survive for next Olympics?

August 11, 2021 byRevatha No Comments
Weightlifting reached “a do or die moment”