1951 – A memorable day for Worcestershire wicketkeeper Hugo Yarnold in Dundee. He made six stumpings in the second innings against Scotland, a first-class record that still stands

1964 – Glenn “Fireball” Roberts, the biggest NASCAR (the National Association for Stock Car Auto Racing, an American auto racing sanctioning and operating company) money winner, dies in a crash. The race in 1964, on lap seven, Junior Johnson and Ned Jarrett collided in front of Roberts; seeking to avoid hitting either driver, Roberts spun his own car, which struck an infield safety barrier, rupturing the Ford’s gas tank

1966 – Billie Jean King wins her first (of six) Wimbeldon single titles. She won it by defeating Maria Bueno in the Ladies Singles Championship, 6-3, 3-6, 6-1 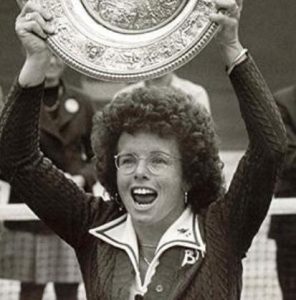 1969 – The day David slew Goliath. The match was a one-day, two-innings affair, which in the event of a draw would be won by the team that led on first innings. 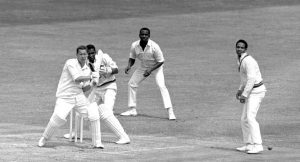 West Indies were humbled by Ireland in 1969

West Indies were demolished by Ireland for just 25. Ireland’s Captain, Dougie Goodwin, took 5/6, and Alec O’Riordan 4/18. West Indies set out for a jolly thrash, but were soon 12/9, before a sterling last-wicket stand of 13. Then, after Ireland made 125/8 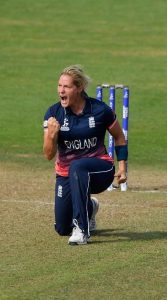 1985 – Birth of Katherine Brunt, England women’s all-time leading wicket taker. She made her England debut in 2004 against New Zealand. She played a key role in England winning their first Women’s Ashes in 42 years, in 2005, taking 14 wickets in the two Tests and making her maiden Test fifty. She also took 3/6 against New Zealand in the 2009 World T20 final, England’s first win in the tournament. In October 2019, Brunt announced her engagement to team-mate Nat Sciver, though their wedding in September 2020 had to be postponed due to the coronavirus pandemic

April 27, 2021 byRevatha No Comments
A timely gesture which many others had forgotten