1963 – In their second clash and on his birthday, Sonny Liston once again ‘Kos’ Floyd Patterson in round-1 at the Convention Center, Las Vegas to retain the world heavyweight boxing title 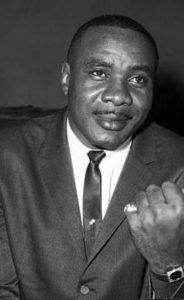 Sonny Liston who knocked out Floyd Patterson in round-1 at the Convention Center, Las Vegas to retain the world heavyweight boxing title in 1963

1982 – Nuwan Kulasekara, born today, was a real smiling assassin for Sri Lanka. From a bustling run-up and whippy open-chested action he moves the ball off the seam, in the air and reverse-swings it, says Cricinfo in an introduction to the legendary bowler. Between April 2008 and May 2009, he took 47 ODI wickets and became Sri Lanka’s leading one-day strike bowler. In 2013, he took a career-best 5/22, against Australia in Brisbane. Injuries to his hamstring and groin ruled him out of action in early 2014 but he returned for the England tour and played a part in the ODI series win and went on to showcase a death bowling spectacle alongside Lasith Malinga in the 2014 T20 World Cup final against India 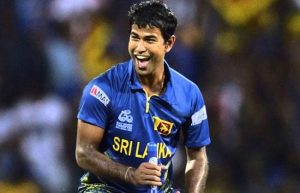 1989 – A New Zealand left-arm quick is born. With the ability to bowl at a brisk pace and move the ball both ways, Trent Boult has cemented his place in the New Zealand side. He took four wickets on debut –in New Zealand’s historic seven-run win against Australia in Hobart in 2011– and went on to take 20 wickets in five Tests against Sri Lanka and England. He was the joint-highest wicket-taker in the 2015 World Cup with 22

2010 – When Muttiah Muralitharan announced his intention to retire from Tests before the first match against India, in Galle, he had 792 wickets. By the end of day three –day two was a complete washout– he had inched to 793, with Sachin Tendulkar’s wicket. But the fourth day brought 12 Indian wickets, five of them going to Murali. On the final day, with India following on, Vangipurapu Venkata Sai (VVS) Laxman shepherded the tail, seeking a draw while Sri Lanka pushed for a win and those two wickets for Murali. When Laxman was run out with one wicket remaining, many feared it wasn’t to be. But Murali got Pragyan Ojha to nick one to slip –a record 77th time c Jayawardene b Muralitharan appeared on a Test scorecard– and, he was carried off the field with 800 Test wickets in the bag 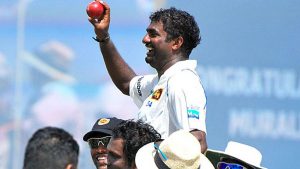 What a jubilation. What a history. Muralitharan reached his world-record 800th Test wicket on the final ball of his career that brought Sri Lanka victory over strong India on 22 July 2010

2013 – After a thrilling start at Trent Bridge, a match that brought Edgbaston 2005 to mind, England went up 2-0 in the Ashes with an emphatic, if anti-climatic, 347-run win at Lord’s –Australia’s third largest defeat by runs. Joe Root became the youngest Englishman to score a Test hundred at the venue, and took the wickets of Usman Khawaja and Michael Clarke –the only two batsmen in the side to cross 50– in the second innings 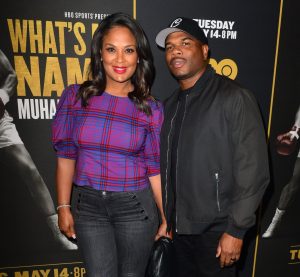 April 30, 2021 byRevatha No Comments
Guardiola's Man City ever so close to the coveted finals