1916 – One of England’s greatest batsmen is born. Len Hutton will always be remembered for his 364 against Australia at the Oval in 1938; the highest-ever score in Ashes Tests. He was the first professional to be regularly appointed England Captain. In 1956 he became only the third cricketer (after Jack Hobbs and Don Bradman) to be knighted for services to the game as a player. Hutton injured his left arm badly during the World War II, spending eight months in hospital and emerging with one arm two inches shorter than the other. He later became an England selector. He died in Kingston-upon-Thames in 1990 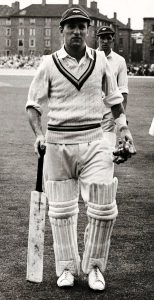 Len Hutton played for England during 1937-55

1963 – Julius Boros wins golf’s US Open. He won the title in 1952 during his first appearance at the event. He continued to play at the highest level into his fifties and became the oldest winner of a major when he won the National PGA Championship in 1968

1969 – Joe Frazier beats Jerry Quarry for the heavyweight boxing title. The fight won the 1969 Fight of the Year award from RING Magazine

1979 – The cricket World Cup final at Lord’s and an unforgettable, toe-crushing interrogation from Joel Garner. West Indies retained their crown with a 92-run victory over England as Garner wrapping things up in blistering style with a spell of 5/4 in 11 balls – four were bowled, three yorked, and four of them also bagged ducks as England crumbled from 183/2 to 194 all out

1986 – Birth of Sri Lanka fast bowler Shaminda Eranga who made his international debut in 2011 in the home series against Australia. His ODI and Test debuts were both spectacular: he needed only two balls to strike in his first ODI, and in his first Test he went one better, taking a wicket with his first ball, becoming only the second Sri Lanka bowler to achieve the feat. Chamila Gamage was the first to make the feat, in 2002 vs. Bangladesh in Colombo. 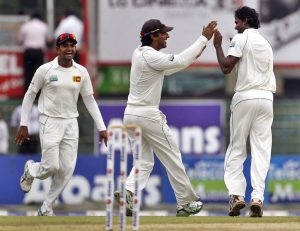 He took 11 wickets in two Tests during the 2014 tour of England, including the one that secured a thrilling series win for Sri Lanka in the last minute of play at Headingley. Two years later, Eranga took only five wickets from three Tests in England, and was suspended from bowling in international cricket after his action was found to be suspect

2003 – The first T20 hundred was scored on this day. In the first season of England’s T20 Cup, Ian Harvey smashed an unbeaten 100 off 50 balls for Gloucestershire as they chased Warwickshire’s 134 in just 13.1 overs at Edgbaston

2010 – The first-round tennis contest between American John Isner and Nicolas Mahut of France at Wimbledon ends for the day tied at 59-59 (ten hours play), becoming the longest in tennis history. The match had already been suspended on 22 June after three hours of play

January 18, 2021 byRevatha No Comments
SL fight back but England on course to win first Test in Galle

January 29, 2021 byRevatha No Comments
Go one up in the two-match series