1844 – Did you know that cricket’s oldest international rivalry is not the Ashes? 33 years before the first match between England and Australia, USA met Canada at Manhattan’s Bloomingdale Park for a two-day game. Canada won controversially after USA’s No. 3, George Wheatcroft, was not allowed to bat when he turned up 20 minutes late, following the fall of the last wicket!

1858 – The birth of English cricketer Allan Steel, the first man to make a Test hundred at the home of cricket. His knock of 148 inspired England to victory over Australia in the first Lord’s Test in 1884. He played in 13 Tests between 1880-88, averaging 35 with the bat and 20 with the ball 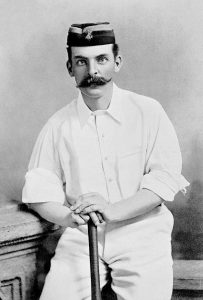 Allan Gibson “AG” Steel, the first batsman to score a Test hundred at Lord’s – 148 against Australia in 1884 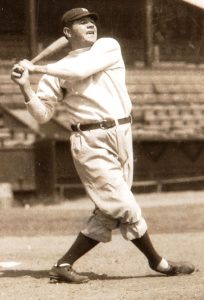 Babe Ruth is regarded as one of the greatest sports heroes in American culture. He is considered by many to be the greatest baseball player of all time

1924 – Birth of wicketkeeper Simpson Guillen, better known as Sammy. He was one of only 15 men to play Test cricket for two countries. Guillen played five Tests for West Indies in 1951-52 before taking up residence of New Zealand and playing for Canterbury. Just under four years later, he played three Tests for New Zealand against West Indies. The last act of his Test career was a historic one: Guillen stumped Alf Valentine to seal New Zealand’s first Test victory, for which they had waited 26 years and 45 matches 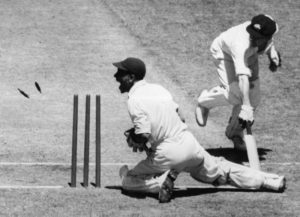 Sammy Guillen, who played for both West Indies and New Zealand, dismisses Lindsay Hassett in Melbourne in a Test in 1952. This time for West Indies

1988 – Canadian sprinter Ben Johnson breaks his own 100 m world record with a time of 9.79 seconds at the Seoul Olympics. He was disqualified three days later for use of drug Stanozolol, and U.S.A.’s Carl Lewis was awarded gold and the world record at 9.92 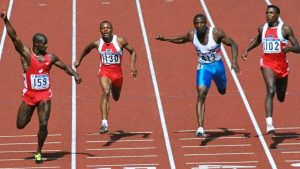 Ben Johnson (on left) wins the controversial 100 m final at the Seoul Olympics in 1988. Three days later, the win was, though, awarded to Carl Lewis (on extreme right)

1988 – The first athlete to win medals at both Summer and Winter Olympics in the same year. East German cyclist Christa Luding-Rothenburger wins silver medal in women’s track sprint at the Seoul Olympics

2007 – The final of the inaugural Twenty-20 cricket World Cup in South Africa is played between India and Pakistan. Pakistan chase 158 runs to win after Gautam Gambhir’s 75. They were out of contention at 77/6, only for Misbah-ul-Haq to hoist them right back into the match with three sixes in an over off Harbhajan Singh. But then, with the game at his mercy, Misbah chose the wrong shot. Shanthakumaran Sreesanth claims the catch and India win their first global title since 1983 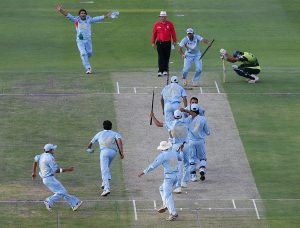 2017 – NFL players in the U.S. kneel, lock arms, or stay in their dressing room during the anthem in protests against comments made by President Donald Trump

January 24, 2021 byRusiru Keppetipola No Comments
In a fare move aimed towards the betterment of national cricket, some current playe0rs who have requested from Sri Lanka Cricket (SLC) for No Objection Certificates (NOCs) to participate..

Mathivanan is ready to fight back

February 23, 2021 byRevatha No Comments
Former Vice President speaks about his camp’s prospects in next SLC election