On This Day, 3 September: Woolmer bats for eight hours in a six-day Test

1904 – For the only time in Olympic Games history, there is a throw-off in the discus final after Americans Martin Sheridan and Ralph Rose tie with a best throw of 128’ 10½” in St. Louis. Ultimately, Sheridan won with 127’ 10¼”

1938 – 1940 Olympic site is changed from Tokyo, Japan to Helsinki, Finland because of the Second Sino-Japanese War. However, World War II causes eventual cancellation of the Games 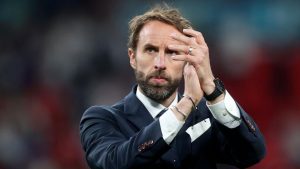 1975 – The end of the longest first-class match played in England – 32 hours 17 minutes. Under an agreement between the English and Australian authorities, the final Test of the 1975 series was to be extended to six days if the Ashes were still at stake. But the extra day looked only of academic interest when England followed on 341 runs in arrears, early on the fourth morning. Yet, anchored by Bob Woolmer’s 149, England not only avoided an innings defeat but also managed a draw 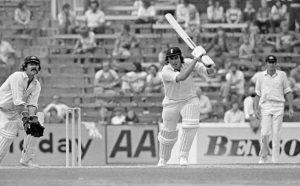 Bob Woolmer during his knock of 149, in 390 balls and 495 minutes or over eight hours, to save England in the 1975 fourth Ashes Test at The Oval, which lasted six days

1990 – Birth of Irish Opening bat, Paul Stirling of the Ireland team that did well at the T20 World Cup. In 2010 he made a 134-ball 177 for Ireland against Canada, which remains the highest ODI score by an Irishman. He also scored a century in the 2011 World Cup, against Netherlands, and one against Pakistan, in a bilateral ODI immediately after the tournament 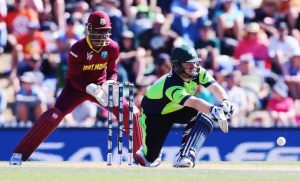 In Ireland’s opening match of the next World Cup, Paul Stirling made a match-winning 92 off 84 balls to chase 305 and beat West Indies by four wickets

2005 – After beating South Africa the previous weekend, New Zealand clinched their sixth Tri Nations Rugby Series with a 34-24 win over Australia in Auckland