1930 – Uruguay beats Argentina 4-2 in the inaugural FIFA World Cup Final at Estadio Centenario, Montevideo, Uruguay. Argentina, Uruguay, U.S.A., and Yugoslavia each won their respective groups to qualify for the semi-finals. In the final, hosts and pre-tournament favourites Uruguay defeated Argentina 4-2 to become the first nation to win the World Cup

1936 – Walimuni Denham Percy Gimson Mendis Abeysekera is born at Boossa, down south. He later came to be known as the cricket world’s pioneering and the most iconic cheerleader. His father is Walimuni Simon Mendis Abeysekera and mother Dolly Margeret de Zoysa Siriwardene, both school principles. He later married to Meloney De Silva from Moratuwa in 1968. She died on 24 September 2010, aged 59. Their son is Sampath Garfield and daughter Nadeesha Nimmi 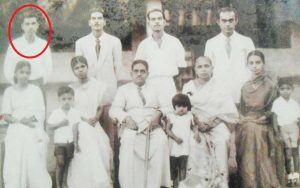 Standing on extreme left is the young Percy Abeysekera, who watched Ceylon/Sri Lanka team in action from the time Sir Don Bradman brought an Australian side to Colombo in 1948. Also in the picture seated are Percy’s two parents, father in the centre and mother second from right. On extreme right is Padmini Amarasinghe, Percy’s late elder sister who was a great influence to Percy’s life

1966 – England Striker Geoff Hurst scores a hat-trick as England beats West Germany 4-2 after extra time in the FIFA World Cup Final at Wembley Stadium, London. This was the only time in history where England won a major tournament in football 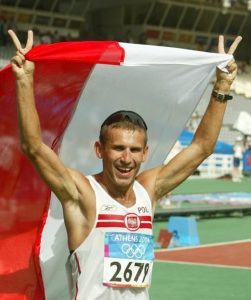 1968 – Polish athlete Robert Korzeniowski was born today. At his first Olympic Games in Barcelona in 1992, “Korzen” was disqualified from the 50 km when he was in second place, because the rules insist that the walker must always have one of his feet in contact with the ground. He went on to take gold in the 50 km in 1996, 2000, and 2004 while winning gold in the 20 km in 2000 and becoming the first to claim both the long distance and short distance crowns

1982 – Birth of modern swing bowling legend James Anderson. In 2008, as Andrew Flintoff and Steve Harmison faded, Anderson stepped up as England’s spearhead. In July 2013, he passed Fred Trueman on England’s all-time wicket list during the first Test at Trent Bridge. He took 25 wickets in five Tests at home against India in 2014. A year later, he surpassed Ian Botham as England’s highest wicket-taker and joined the 500 club in 2017, at Lord’s. Three years later, he became the first fast bowler to get to 600, against Pakistan in Southampton 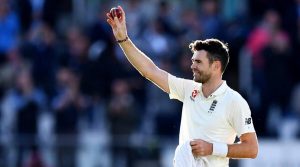 1992 – Yael Arad becomes Israel’s first-ever Olympic medallist when she wins silver in the women’s 61 kg judo in Barcelona. It was also the 20th anniversary of ‘the Munich massacre’ and 500th anniversary of Alhambra Decree. She dedicated the win for the 11 Israeli Olympic athletes who were murdered in Munich saying, “Today, we proved that the abominable murder did not succeed in eradicating Israeli sports, we are continuing,” 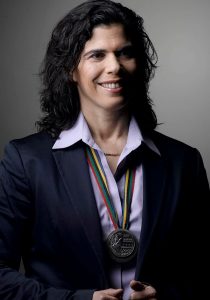 Yael Arad Israel’s first-ever Olympic medallist when she wins silver in the women’s 61 kg judo in Barcelona. She dedicated the win for the 11 Israeli Olympic athletes who were murdered in Munich saying, “Today, we proved that the abominable murder did not succeed in eradicating Israeli sports, we are continuing.”

1995 – In the first over of the fourth morning at Old Trafford, Dominic Cork became the first England player to take a Test hat-trick since Peter Loader in 1957. Bowling wicket to wicket with a hint of movement, Cork bowled West Indies Captain Richie Richardson off an inside edge, before trapping their wicket-keeper Junior Murray and Carl Hooper

February 14, 2021 byRevatha No Comments
Despite the Covid fears…

May 17, 2021 byRevatha No Comments
Major sporting occurrences on17 May