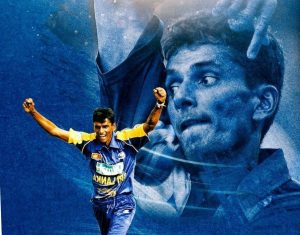 1972 – Sri Lankan leg-spinner and the 1996 World Cup winning squad member Upul Chandana was born today. He made his one-day debut in 1994 and got into the national Test squad five years later

2005 – At the age of 46 years and 257 days old, Julio Franco of the Atlanta Braves becomes the second-oldest player to hit a home run in major league baseball history

2010 – The opening match of the 2010 world hockey championship between Germany and the United States is viewed by a world record crowd of 77,803 (validated by a representative of the Guinness World Book of Records) at the Veletins Arena in Gelsenkirchen, Germany. Germany defeats the USA 2-1 in overtime

May 15, 2021 byRevatha No Comments
A 20-member India side will be travelling to England soon