September 6, 2021 by Revatha No Comments

1953 – In an all-American final Maureen Connolly becomes first female to achieve a Grand Slam after beating Doris Hart 6-2, 6-4 in the US National Championship Women’s Tennis 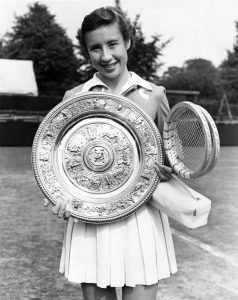 1963 – The inaugural Gillette Cup final was also the first major one-day final to be played at Lord’s. A soft pitch restricted Sussex to 168 all out, but falling rain hampered Worcestershire even more: All out for 154, they lost by 14 runs. Sussex retained the Cup the following year

1972 – American athletes Vincent Matthews and Wayne Collett finished 1-2 in 400 m at the Munich Olympics. After acting casually on the medal stand, failing to face the flag during anthem, both of them were banned from the Olympics for life 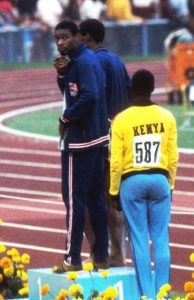 1988 – West Indian offs-pinner Anisa Mohommad was born today. She first played for West Indies when she was 15, after taking up the game a year before. In 2011, she took quite a shine to Pakistan’s batting line-up, taking 5/5 and 5/7 against them in back-to-back ODIs in Kingstown, and later that year wrecking them again with 7/14 in a World Cup Qualifier game in Dhaka

1989 – Birth of Holly Colvin, who at 15 years and 336 days became the youngest person to play a Test for England. The left-arm spinner turned up to help out at nets one day – and was drafted into the England side for the first Ashes Test against Australia at Hove in August 2005. She took three wickets in the drawn game. Colvin played in two Ashes-winning sides plus the victorious World T20 and World Cup campaigns in 2009. She retired from the game in 2015, at the age of 26, to take up an administrative position at the ICC

1984 – A Sri Lankan fast-bowling all-rounder Farveez Maharoof was born today. He forced his way into the national side as a teenager after some impressive performances as Sri Lanka’s Under-19 captain. One of the highlights of his career was a 6 for 14 to bulldoze West Indies for 80 in the 2006 Champions Trophy. A series of injuries limited his appearances after a strong showing with Delhi Daredevils in the inaugural Indian Premier League (IPL) 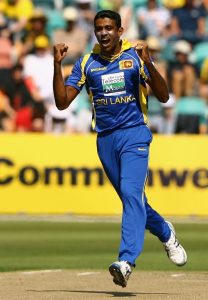 1996 – The Singer Cup final was a repeat of the World Cup final from a few months before. Sri Lanka prevailed again in a one-sided game they won by 50 runs. Man of the Series Aravinda De Silva smashed 75 off 64, and Steve Waugh’s run-a-ball 55 – in his 200th One-Day International – was not enough as Upul Chandana bowled him and then cleaned up the tail for one run

2002 – Serena Williams won her second US title after beating older sister Venus Williams 6-4, 6-3 in the US Open women’s singles 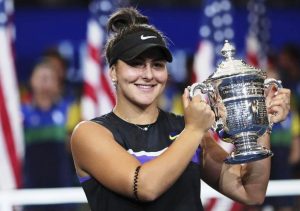 2019 – Bianca Andreescu became the first Canadian to win a Grand Slam singles title when she stunned Serena Williams 6-2, 7-5 in US Open women’s singles

August 9, 2019 byRevatha No Comments
Dinesh Chandimal and Akila Dananjaya have been the notable inclusions while Dhanushka Gunathilaka and Kasun Rajith lose the sports for the Galle Test starting next Wednesday

November 20, 2020 byRevatha No Comments
Sri Lanka to host Asia Cup next year. It was postponed this year in Sri Lanka due to the pandemic.