On women and ageism 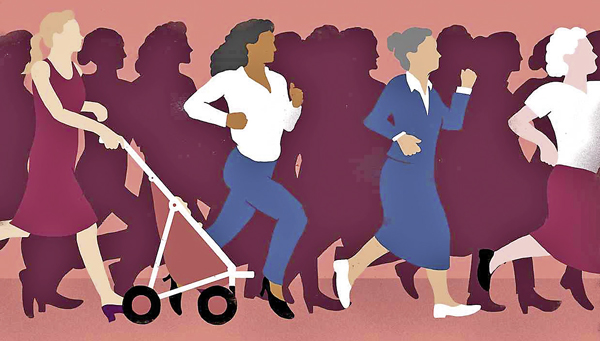 If there is ever a conversation that we can never seem to hide from as women, it is the one about our age. Couched in a variety of euphemisms, markers, and phases, our lives often seem characterised by the reaching of predetermined societal milestones or failure to do so.

Women have an acute awareness of aging, particularly in a culture that places primary value on youth and specific standards of beauty. This is further driven by the characterisation of women as mothers and walking wombs, and age eroding the ability to biologically reproduce.

Society tells us ageing is something to fear; that we are losing our value. If we are no longer young and beautiful, if our biological clocks have chimed and stopped, if our faces are now wrinkled and skins sagged, we no longer hold value. We begin to see ourselves slowly vanishing from the world.

This brings me to my point – the personal is political and ageing is no different. How we view women ageing is deeply political and very much tied to patriarchal ideas of gender. It seems impossible to age in our society without encountering ageist attitudes – personal, cultural, and institutional – which more greatly impact women, and this happens in myriad ways. 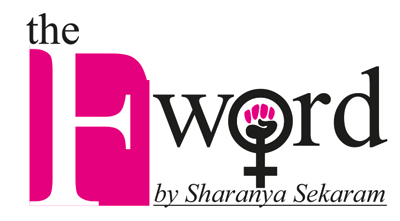 For example, one of the key ages in which women begin facing the conversation on ageing happens roughly around the time they begin to turn 40, particularly if they are still single and child-free. We are told that approaching this age decreases the likelihood of marriage, while 40 means having children could be out of your grasp. In a world where women are primarily viewed as being wives and mothers at this age, single, older women who are child-free cause a dilemma in how we characterise them.

The struggles continue as women continue to age – and manifest in a variety of ways. Research among women accessing healthcare services shows that women older than 50 are assumed not to be sexually active (married or not) and face discrimination when accessing sexual and reproductive services.

Capitalism has made an entire industry out of the fear of aging and erasing its signs. There are anti-aging creams, hair dyes, and energy boosters. You can take pills to mask the signs of menopause and have surgery to stop nature from working its effects on your body. A thousand articles, magazines, and advertisements will offer you advice on being “age-appropriate” so that you allow your age to be a vague ambiguous estimate rather than a clearly defined fact.

For us to truly understand what liberation from traditional gender roles looks like, we need to better understand the intersections between our age as women and how that impacts the roles and responsibilities we are expected to conform to

The conversation of older women has also recently been discussed in the context of the feminist movement and how we as feminists need to look at erasure of older women within the movement. As we focus on the future and changing things, this often means that we centre on young women and leave out older women from this ideal. This has happened for a variety of reasons, and now feminists are beginning to unpack the misconception that ageing is not a feminist issue, and how in fact the two are deeply linked.

As Safa Samiezade’-Yazd writes: “Feminism cannot deny ageism as a central issue, because on the whole, society is kinder on older men than it is on older women. Sex sells, and while it’s entirely possible to be the sexy older man, such as George Clooney, Richard Gere, or Harrison Ford, the same is not true for women. In a traditional relationship, the man is older than the woman, so older single men have their pick of the crop, from women their age all the way down to however legally young they want to go.”

For us to truly understand what liberation from traditional gender roles looks like, we need to better understand the intersections between our age as women and how that impacts the roles and responsibilities we are expected to conform to.

Even today, cultural treatment of female identity is still attached with male identity, and it becomes more magnified as women age and become mothers, and then “less sexy” to the mainstream male. We see it in pop culture stereotypes of women – one of the most cringe-worthy being the “cougar” or predatory older woman.

Cougar women are shown as a warning of what happens when women believe they can flout the expectations of being wives and mothers; that they will end up alone and desperate – figures to be pitied and embarrassed by.

Sexuality and age for women are deeply linked and drive home the key message we are fed about sexual desire – it is for men to enjoy and women to shy away from.

Women’s sexuality is tied to their reproductive ability; sex for us is limited to reproduction, and the idea of older women who are unable to have children continuing to have sex because they enjoy it has us reeling in horror. Older women are expected to be asexual, or their sexual desires are presented in a humorous way. We still are unable to view women – much less older women – as sexual beings with desires that are valid and normal.

Our feminism and analysis of the patriarchy is to me incomplete without a closer and deeper examination of how age impacts women and their lives. Where do older women fit into our narratives and our activism? How do we understand how age impacts the doors that open or close for us, and how do we begin to look at ourselves as truly liberated human beings free to make our own choices without the weight of societal expectations holding us down? How do policies, laws, and people need to change to make this a possibility? As always, I have more questions than answers, but I do know that asking these questions is where we can begin.

March 14, 2021 bySarah Hannan No Comments
With the second amended draft of the Resolution presented by the Core Group on Sri Lanka before the United Nations Human Rights Council (UNHRC) tabled in the Council, last week also saw more informal

Beware Disinformation in times of elections

September 22, 2019 byThe Sunday Morning No Comments
After months of speculation, the date for the next presidential election in Sri Lanka was announced this week.