One song to change the world

‘Monsters on the Loose’ out now

Sri Lanka is facing a nationwide crisis of child abuse. In order to fight for our children together and put these monsters behind bars, renowned local musicians came together to create a song dedicated to victims of child abuse. The song, Monsters on the Loose, was composed by Rukshan Perera and sung by Melanie Bibile, Aanjanie Jayasuriya, and Roshie Wickramaratne. 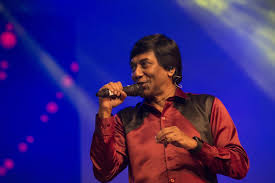 Brunch had a chat with Rukshan Perera on the creation of the song. Here’s what he had to say.

What is your opinion on child abuse in Sri Lanka? Do you think we are doing enough to eradicate it?

No, we are not doing enough to eradicate child abuse, and it is getting worse by the day. Every week, you hear cases of child abuse in several forms – physical, sexual, rape, etc. We all need to do everything we can to eradicate this menace.

There is no easy answer to eradicate child abuse, but at a minimum we need to do the following:

Let’s talk about the lyrics of the song. What is the message behind it?

While there are many forms of child abuse, this song, Monsters on the Loose takes the form of sexual abuse taking place in one’s own family. Here are a few lines…“acting with such grace, hiding bruises on her face”; is the reality in most cases with abused children, because they’re afraid to open up about the topic. “The little mind is in shame, wishing to end her life” –  this line expresses their true feelings after sexual abuse and losing faith in humanity.
“The mother is out somewhere, struggling to earn a meal. A drunken dad at home, with friends he makes his deals” – this is the reality in Sri Lanka with many mothers having gone to the Middle East. In some cases, even the mothers are involved in various forms.

The last verse: “Let’s stop the world from turning, until we help them shine,

Regain their faith from burning, give strength to earn their pride,

There are monsters on the loose, inflicting awful scars,

Now justice must be served, let’s send them behind bars.”

This is exactly what is needed today, and we all need to support them to get rid of this menace and put those monsters behind bars forever.

What was it like composing this song? Did you face any challenges along the way?

I try to put myself in “their” shoes when I write a song, and have composed similar songs to support social values and bring awareness – songs on poverty, education, differently-abled children, justice and freedom, peace and unity, promoting health, environment, corporal punishment (like the theme song for the JUSTSAYNO organisation), etc.  So, writing lyrics or the tune has not been a challenge so far.

On the other hand, at the Rotary Club of Colombo Metropolitan, I am leading an incredibly challenging national project titled “Little Minds, Strong Values” to inculcate ethics and values in children through video animated songs to build the foundation for an ethical society in the next generation, aiming to get rid of many issues we are facing today due to a lack of morals and values. Please check the comprehensive website https://www.littlemindsstrongvalues.com/.

Would you say it’s controversial to sing a song based on a sensitive issue?

Controversial or not, composers have an obligation to bring awareness through songs. I have written several songs (as described above and more) to support a cause or an organisation for the betterment of the society and I will continue to do that.

In your opinion, does music help spread important messages to your audience?

Sure, it does. A song is a powerful channel to raise awareness. A well-crafted lyric in a song will speak directly to the listener’s heart and stress the importance of the issue. This song is a reminder of the pathetic situation our country is facing, the suffering of our children, unacceptable behaviour that should be punished, and the importance of getting involved to solve a community issue.

I have received several emails and text messages in the last two days since I posted the song, of people vowing to help get rid of this menace. Some have requested me to send the song to be sung by a well-known/international artist and I will be glad to share it if the opportunity arises. So yes, I know that there is already an impact created from the song.

Check out “Monsters On the Loose” on Rukshan Perera’s YouTube channel.

Transforming the food delivery industry from within

July 26, 2021 byNews Admin No Comments
The pandemic has seen delivery platforms (food and otherwise) become something of a lifeline in times of lockdown and travel restrictions. It has undoubtedly become a big market, and it is likely to s