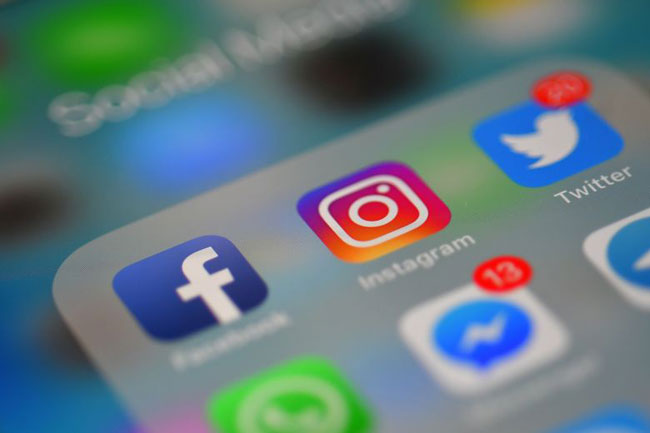 February 28, 2021 by Dinithi Gunasekera No Comments

Cyber sexual harassment is not a novel concept to Sri Lanka. However, a conversation around the topic was reignited following the buzz surrounding a viral pornographic video that was believed to be of musical artiste and Sri Lanka’s beloved pop culture sensation Umaria Sinhawansa.
The corresponding public statement made by Sinhawansa features an emotional response claiming her innocence and condemnation of general harassment of women and girls within social media. It extends the dialogue to not only the need for public attention on cybercrime but also how women and girls are most vulnerable in this regard. 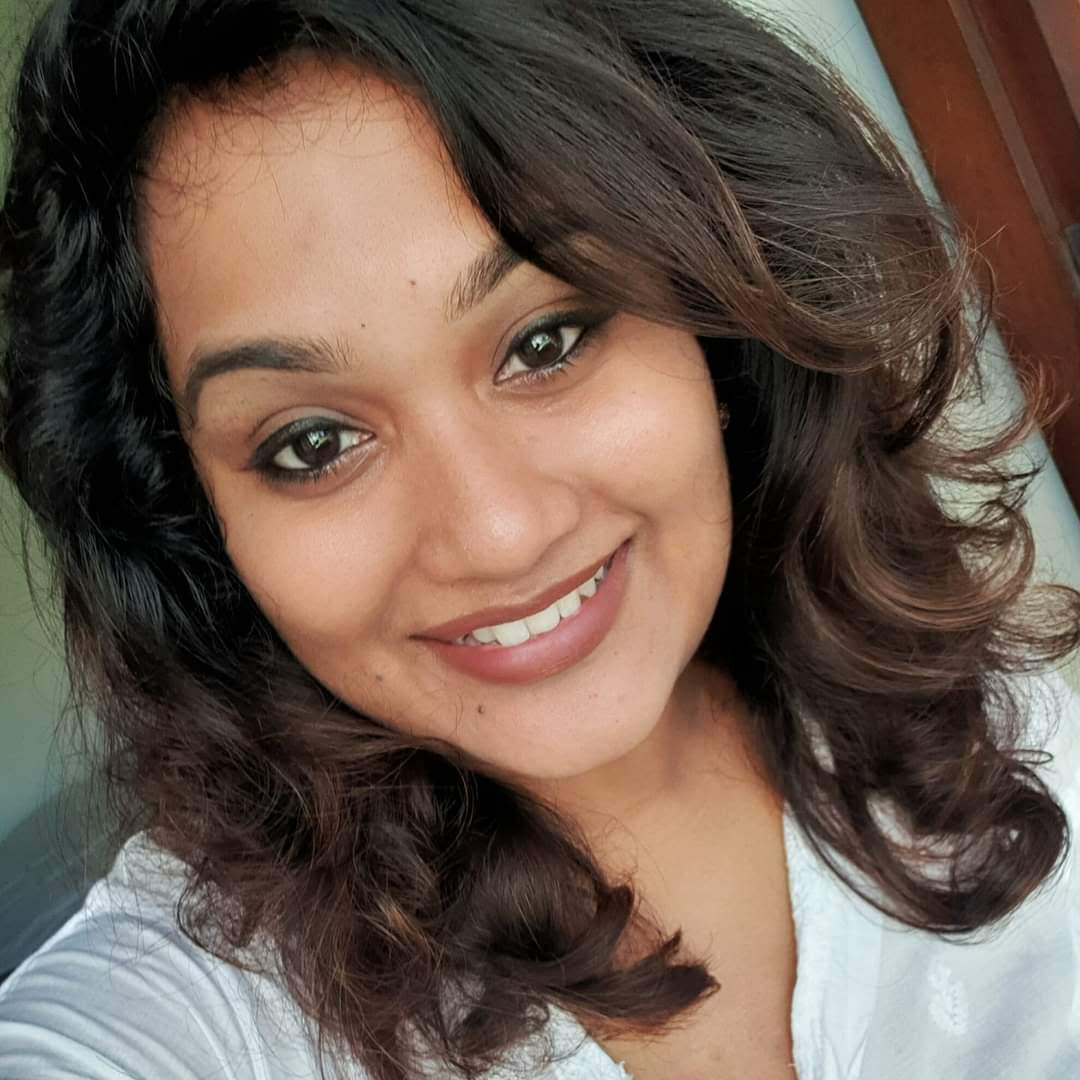 Cyberbullying and sexual harassment: What are they?

Cyberbullying involves the use of electronic communication to intimidate or threaten an individual, and takes on multiple definitions worldwide. What’s striking about the dangers of such “virtual violence” is that it boils down to the victim’s life offline, often escalating to exploitation as a result of blackmail, threats, coercion, or discrimination.


The Association of Progressive Communications (APC) argues that cyberbullying is actually a component of violence against women. According to Women In Need (WIN) Executive Director Savitri Wijesekara, cyberviolence is the fastest growing form of gender-based violence in Sri Lanka.


Attorney-at-Law Mariam Wadood from WIN shared with The Sunday Morning Brunch results from WIN’s research in 2000 titled “Technology Facilitated Violence against Women and Girls”, in which 32.5% report having friends who had been

victimised compared to men (16.5%). Around one in three women from all communities report knowing a victim.


‘Nudes’ and the value of human connections in question


Among the island’s rampant cybersex crimes, the non-consensual sharing of intimate digital media is most rabid, to the extent of it being an open secret among older school boys, with WhatsApp groups exclusively for the sharing of such material.


Most of these non-consensually shared media are those shared between the “secure” boundaries of a romantic relationship. It is noteworthy, however, that everyone involved in any “further” circulation of such material, is equally to blame.
We approached a number of young individuals (aged 20-25) for their thoughts (on the basis of anonymity). While many believed that consensual sharing of nudes/any sort of pornographic content between partners is normal and is not “fundamentally wrong”, some believed that not sharing such content would be the easiest way to prevent potential negative experiences.

One shared that what happens in a relationship is totally up to the parties involved. What matters is that both parties, especially the sender, are comfortable with it.


“Consent when it comes to nudes is like sharing a sandwich with a person, and that person sharing the sandwich, given exclusively to him, with other people with whom you did not ask it to be shared with,” shared another (female, 21). 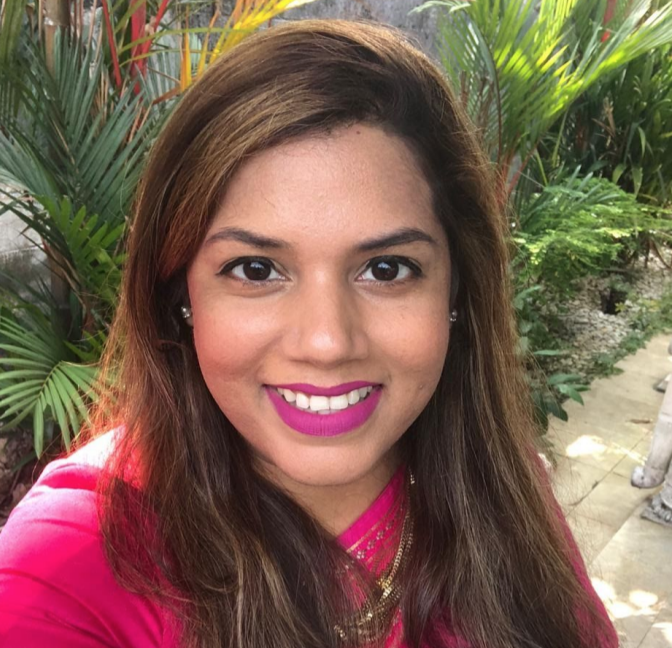 
“Technology has significantly altered the way humans communicate. We are much more reliant on technology to share even affection. This modern way of communication has translated how we engage in sexual activity. Romantic rendezvous now take place through digital media, and the same excitement and thrill of a physical encounter is conveyed defying physical distance,” explained de Silva.


“It appeals specifically to men, who are very visual when compared to women. It may enhance their imagination, making self-pleasure very satisfying. Sexually open and explorative women and their willingness to share nude pictures may increase excitement,” she elaborated. Additionally, e-sexual experiences allow for the avoidance of emotional attachment to a single partner, as attachment-forming hormones are not experienced here as in a shared physical experience.

However, with so many risks involved, why send them? It is similar to receiving, opined de Silva.


“Adjacent to the pleasure experienced by exhibitionists (where one gets satisfaction from exposure), the act of sending nude images further appeals psychologically. One receives compliments, acceptance, trust, and validation about the most intimate and secret aspects of oneself.”

Finally, de Silva remarked that Sri Lankan culture is sexually repressed. Couples who engage in any sexual activity privately, albeit in public spaces, are hunted down, harassed, and arrested, and technology becomes a way to bridge that gap with a seemingly “less perceived risk”.

A Male, 20, among our correspondents uncovered that most boys are compelled to get into the malicious habit through peer pressure.
“It starts at peak teenage years when everybody wants to fit in. When there are a few who engage in such practices, it gets normalised and even people who think it’s wrong do not speak against it.”

A woman’s sexuality: The bane of her existence? 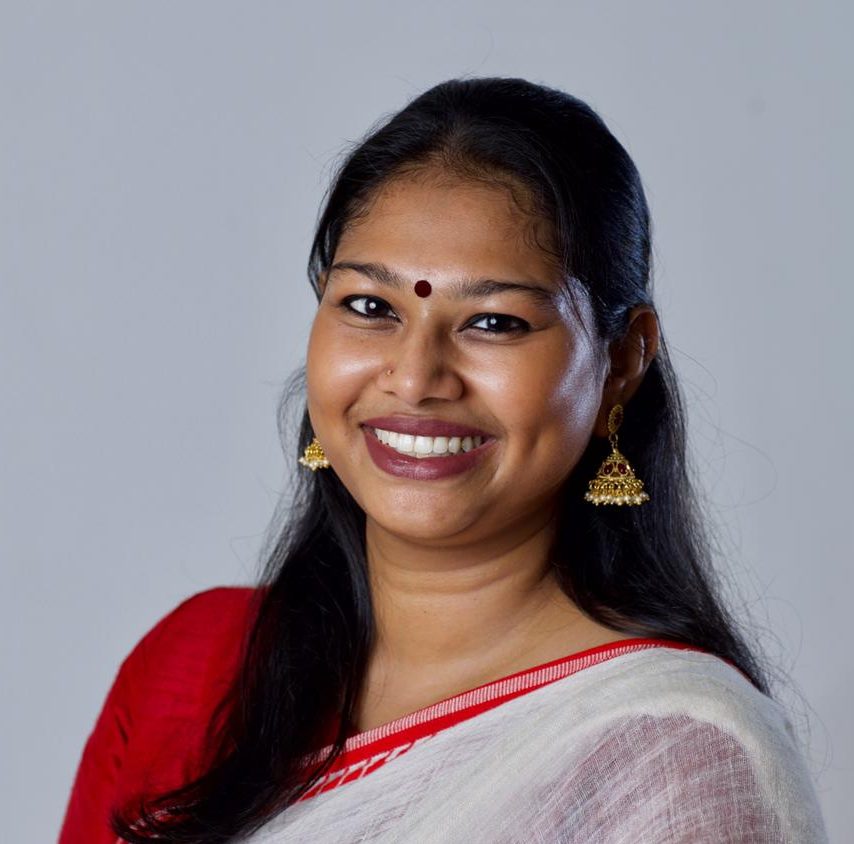 “My sexuality is not an inferior trait that needs to be chaperoned by emotionalism or morality.”
– Alice Bag

In an exchange with Feminist activist, researcher, and writer Sharanya Sekaram, she revealed how a situation of gender based online violence is exacerbated by societal perception and the expectation of a woman.

“The implication is that if a woman is sexual, she is problematic. We are supposed to portray ourselves in the public eye as the “Vestal Virgin”. Holding ourselves in a way that is any different makes us easy targets to be attacked on the basis of sexuality, which is why again, it is largely a gender based issue.”

The tragic account of a survivor who shared her story with The Sunday Morning Brunch shows how the end result of her tale was a traumatic breakdown which she suffers from even today.

De Silva, from her expertise, explained that such trauma may result in short-term effects involving shock, disbelief, denial, the inability to process the information, self-blame, a sense of loss of control over their lives and body, and loss of self-esteem. Some may even experience social rejection and withdrawal of all social support increasing the tendency to engage in self-harm, suicidal thoughts, or attempt suicide itself.

Long-term effects include post-traumatic stress disorder (PTSD) due to the “sexual trauma”, and struggle to cope with the fact that nowhere is safe, as they were violated in a “safe” place. Victims may experience depression and anxiety-related difficulties as a result.

“The easiest way to character assassinate a woman is to center it around the fact that we are sexual beings, over something that is actually detrimental,” stated Sekaram.

Coupling this question with the uproar surrounding the cyber harassment of Sinhawansa, Sekaram challenged: “So what if it really was her? The fact that she had to make a public appearance, gain sympathy, declare herself innocent and have everyone rally around her is a sad situation. Would everyone have rallied around her had it been her video?”

The scenario, including the media portrayal of her tearful innocence, plays into patriarchal ideologies, she expressed. 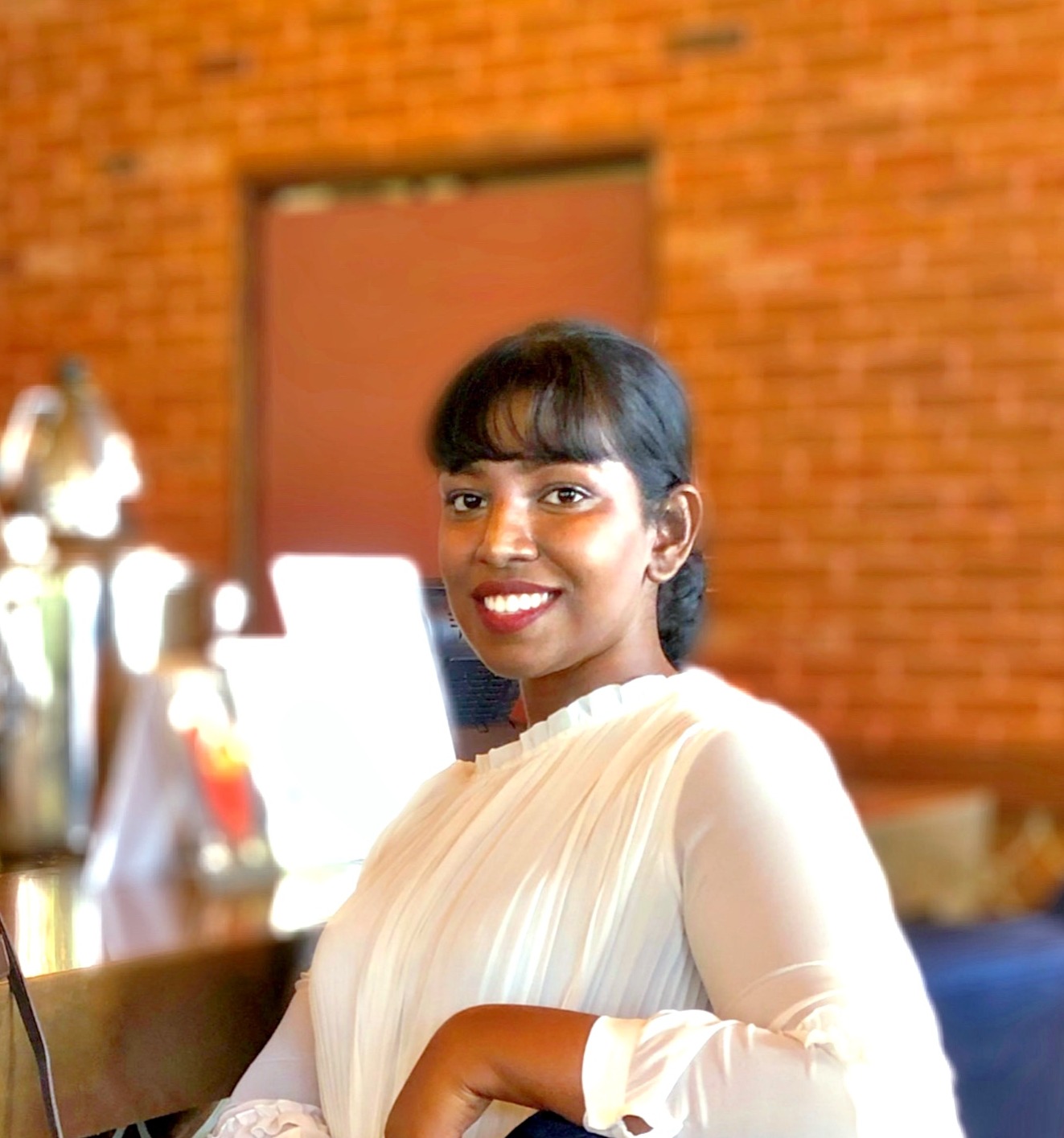 Corresponding with Attorney-at-Law Mariam Wadood and Educator of holistic empowerment, human rights and social justice Nikita Shuhumar, we were informed that Sri Lanka has no specific law relating to cyber harassment per say. However there are certain civil and criminal laws that cover specific situations and it is prefered to refer to cyber harassment as “Technology Facilitated Violence Against Women” (TFVAW) or “Technology facilitated Gender based Violence” (TFGBV), as it captures a wider range of situations.

In the case of obscene adult content, it would be a punishable offence under the Obscene Publications Act 1982. However, if the content is not of a sexual/obscene nature, then the victim only has a civil remedy applicable under the law of defamation, where you can seek damages from a court of law for the injury caused to your reputation.

Sec. 345 of the Penal Code which recoginses sexual harassment as a punishable offence in Sri Lanka also plays a role in this scenario. Whoever by assault or use of criminal force sexually harasses another person, or by the use of words or actions, causes sexual annoyance or harassment to such other person commits the offence of sexual harassment and shall on conviction be punished. A broadly defined offence which the court has space to give meaning to situations that can be considered as sexual harassment.

Wadood stated that it is advisable to always get legal advice when faced with a situation of TFV, and make a complaint at the nearest police station as soon as you have notice of the publication, before you report the post to the hosting page/site, if you want a police enquiry and investigation. Because once the post has been removed, it cannot be traced and the police will not be able to proceed.

Most often clients/victims do not opt to file action in court given the private nature of the issue and the public nature of court proceedings. They simply want the posts taken down or the circulation stopped, in which case we contact the TRCSL or CERT.

Though the circulation of content via messaging apps which are end to end encrypted cannot be stopped, those who share this content, for example nude or pornographic content, can be held liable under the Obscene Publications act for the possession and distribution of obscene material. Therefore it is important to save any evidence of mobile numbers  or details of those who shared the content or redistributes the content, as they can all be held liable under the law.

A shift in thinking patterns needed

In many typical accounts of such harassment, it is noted that the victim is reluctant to seek legal support nor the assistance of relevant bodies. Sekaram opined that it is not the lack of credible bodies to tackle the issue per say, much rather there needs to be a change in outlook.

“The systems in place need to be reframed to victim centered outlooks. We do not have a holistic approach to it in the sense that we do not take the victim’s mental health, comfort, safety or tendency to be re-victimised into consideration. It is vital to ensure that the shame and the horror that should be attributed to the perpetrator is not shifted towards the victim,” she concluded.

As discussed time and time again, it is quintessential that Sri Lanka is given much overdue sexual relationship education to attack primitive views of sexuality from the grassroots. Should our bodies and our sexuality be pragmatically synonymous as “the worst thing that can happen to you” under any circumstance? The question remains unanswered.

Building a business around your passion

March 10, 2019 bythemorninglk No Comments
Kamaj Silva is a 35-year-old entrepreneur with a rather interesting and inspirational story.

July 21, 2021 byNews Admin No Comments
It was recently announced that the American Chamber of Commerce in Sri Lanka (AmCham Sri Lanka), represented by its Head of Secretariat Vrai Raymond, was appointed as a Vice Chair of the Asia Pacific