Our weekly photo analysis: Did Miandad hit Lillie with his bat at Perth in 1981? 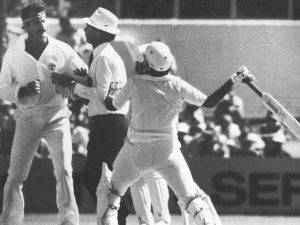 At Perth, Australia on 16 November 1981, Dennis Lillee and Javed Miandad were involved in an incident which tarnished not only their reputations, but also the image of Test cricket. Miandad played a ball off Lillee behind square for a single, and in completing an easy run, he collided with the bowler.

As Lillee had said later, as he turned, Miandad had struck him from behind with his bat; Miandad countered with the claim that Lillee had kicked him as he passed, which is evident in the videos. What isn’t in doubt anyway is that Lillee then turned to confront the batter, and the latter lifted his bat above his head as if to blow off his head.

What the photo reveals

This image of the umpire, Tony Crafter, stepping in to hold back Lillee while Miandad wielded his bat like a stick, is one of the most iconic photographs to indicate the ugly side of international cricket. It was a rare moment when the confrontations spilled beyond the rules of the game to the level of something like two macho men involving in a ruthless street fight. 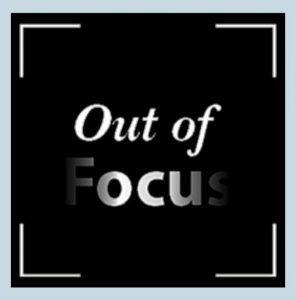 Lillie is to box Miandad and Miandad is to whack the bowler – two of the greats of the sport being separated by an umpire – the mood and rhythm of this photo are classic ones of something that is cricket, but NOT cricket that is always believed a gentlemen’s sport. It’s an image of two ugly men in cricket attire! From the photographer’s side, this is a “momentous click”.

Unknown. Yet this could be the best out of all photos that captured the rare incident that day in Perth.

Australia won the Test by 286 runs in spite of Captain Miandad’s fighting 79. Aus won the three-match series 2-1 under Greg Chappell. Yet this image continues to be one of the sharpest portrayals of the genuine rivalry that prevailed in international cricket of the time.

August 7, 2019 byTSM Web Desk No Comments
Dinesh Chandimal, Danushka Gunathilaka and Akila Dananjaya have been included in the 22 member test squad to play against New Zealand this month.