May 14, 2020 by Madhusha Thavapalakumar No Comments

The annual report, which was compiled during the ongoing lockdown period, has projected this year’s annual gross domestic product (GDP) at 1.5% as the Central Bank believes that most of the domestic sectors that are severely affected by Covid-19 would recover in the third quarter and return to normalcy in the fourth quarter.

The Central Bank stated that the near-term risks posed by the Covid-19 outbreak on domestic services are not expected to have a significant impact on the medium-term outlook of the economy, with appropriate measures to implement policies to improve the resilience of the economy.

However, the Central Bank’s projection is different to that of a number of international financial institutions and rating agencies.

Following the domestic spread of the Covid-19 pandemic and its subsequent negative effects on domestic economy, the World Bank (WB) in its South Asia Economic Focus Spring 2020 report has projected a recession in the Sri Lankan economy with negative growth between -3% and -0.5% this year and 0.2% and 1.2% in 2021 as opposed to between 1.5% and 4.5% predicted by the Central Bank. The International Monetary Fund (IMF) too has projected Sri Lanka’s economy to contract by 0.5%.

However, Asian Development Bank (ADB) in its Asian Development Outlook 2020, released on Tuesday (28), projects an altogether different picture to the IMF and WB. In fact, it is even more optimistic than the Central Bank for 2020, with a growth projection of 2.2. % for this year and 3.5% next year.

“In Sri Lanka, ebbing global demand will stunt expansion in the tourism and garment industries, slowing growth to 2.2% in 2020,” the report states.

In terms of recovery, ADB too has a similar view to that of the Central Bank as it stated that if the pandemic is contained by mid-2020, recovery could begin towards the latter part of 2020 and into 2021, driven by release of pent-up demand.

Meanwhile, Fitch Ratings has forecasted Sri Lanka’s GDP to contract by 1% in 2020 from 2.3% growth in 2019 on account of the pandemic.

“Sri Lanka has so far recorded a relatively small number of coronavirus cases, and authorities have begun to loosen lockdown restrictions. Nevertheless, private consumption, which makes up almost 70% of GDP, is likely to stay muted as a result of partial lockdowns, domestic travel restrictions, and other social distancing measures,” Fitch ratings stated on 24 April.

However, Moody’s investor service, a credit rating agency, had predicted Sri Lanka’s economic growth to be 1.5% this year, similar to the Central Bank’s forecast. 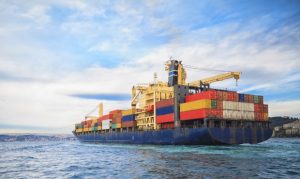 However, the EDB early last month, taking considerable disruption for trade due to the Covid-19 pandemic into account, slashed its original export target set for this year by 42% to $ 10.75 billion. The initial target was $ 18.5 billion, up from $ 11.9 billion last year. Following the revised target, EDB expects $ 7. 53 billion in merchandise exports and $ 3.21 billion from service exports in 2020. According to the EDB, the revised target has been arrived at following careful analysis of the disruption caused to the supply chains.

Nevertheless, EDB’s export target is about $ 2 billion higher than the Central Bank’s forecast. The Central Bank report states that the trade deficit is likely to widen with a significant impact on the global demand for key Sri Lankan exports, even though import expenditure is expected to be lower due to the unprecedented drop in global crude oil prices. No further explanation on how the Central Bank arrived at this export target was given in the annual report.

Former Board of Investment (BOI) Chairman Eng. Mangala P.B. Yapa on Wednesday (29) tweeted: “Whereas EDB has adjusted their targets for the year to be around $ 10.75 billion of exports, (the) Central Bank should explain how they derive the number.”

The ADB report has not projected expected export earnings for this year; however, it stated that the export revenues will weaken in 2020 on reduced sales, especially to Europe and the US, the key markets for garments and rubber products, as well as to Iran which buys about 10% of tea exports.

Nevertheless, ADB stated that the negative impact of the ongoing developments will be partially offset by lower imports reflecting the reduction in global oil prices and energy demand, subdued domestic demand, and restrictions imposed for three months in March by the Central Bank on imports of vehicles and non-essential consumer items. Meanwhile, the WB has not forecasted individual export targets for countries this year but stated that South Asian exports will record a negative growth between -6.8% to -3.9%.

Moody’s stated that the ongoing global shock will significantly curtail demand for Sri Lanka’s textile and garment exports in major markets including the US and Europe, in addition to a domestic lockdown curbing domestic demand which will only be partially buffered by income support from policy measures.

The Central Bank expects inflation to be maintained within the 4-6% range over the medium term with well-anchored inflation expectations supported by proactive monetary policy measures taken by the Central Bank under a flexible inflation targeting framework.

Further, the Central Bank noted that the fallout of the spread of Covid-19 could adversely affect aggregate demand in the near term, thereby exerting downward pressure on inflation. 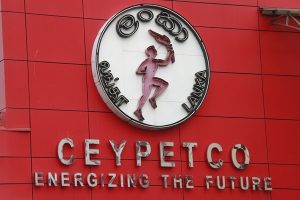 “The decline in commodity prices, especially international oil prices, due to the impact of the pandemic and geopolitical tensions could lower costs of production, thereby easing inflationary pressures over the medium term. On the other hand, possible supply constraints domestically and globally due to the outbreak of the Covid-19 pandemic could exert pressure on domestic prices in the near term,” the report further stated.

Nevertheless, the Central Bank expects inflation to remain within the desired mid-single-digit range over the medium term with appropriate policy adjustments.

ADB and WB too have a similar forecast. ADB in its report stated that inflation is expected to trend higher to average 5% in 2020 and fall marginally lower to 4.8% in 2021. It further noted that higher food prices owing to a low base, tighter supply conditions, and supply chain disruptions are expected to drive inflation.

However, in addition to the factors listed by the Central Bank, ADB has attributed their forecast to the passthrough of lower indirect taxes announced in November 2019 as they would weaken demand.

“The currency depreciation may result in higher inflation, given the passthrough to prices for Sri Lanka’s import-reliant economy,” Moody’s stated.

Migrant worker remittances are expected to deteriorate in 2020 in the wake of Covid-19, according to the Central Bank annual report. The report says the Covid-19 pandemic also impacted some of Sri Lanka’s key sources of workers’ remittances, including Italy, South Korea, and the Middle East. Therefore, the bank expects growth in workers’ remittances to remain subdued over the medium term with improved domestic employment opportunities, geopolitical developments in the Middle East, and government initiatives to discourage semi and unskilled migration.

Here, the domestic employment opportunities mentioned by the Central Bank, which would offset employment issues created by foreign workers, is contrary to ADB’s forecast. ADB in its report says the slowdown in economic activity will trigger sharp jobs and earnings losses.

“Informal workers comprise about 70% of the workforce and are particularly vulnerable as they lack employment protection or paid leave. Extended travel restrictions will hurt tourism. The apparel industry which accounts for about half a million jobs has announced significant job cuts due to low global demand and a shortage of raw materials,” the report states. 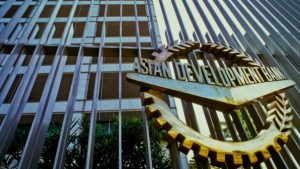 ADB noted that the receipt of remittances will moderate due to the global economic slowdown and lower oil prices since about half of all remittances originate from the Middle East.

However, in terms of remittances, ADB noted that the receipt of remittances will moderate due to the global economic slowdown and lower oil prices since about half of all remittances originate from the Middle East.

Meanwhile, the WB noted that remittances will fall in response to the global slowdown as well as the recent drop in oil prices, which will adversely impact some poor households.

A budget deficit occurs when expenses exceed revenue and indicate the financial health of a country. The Central Bank annual report stated that Sri Lanka’s external debt position, in nominal terms, is projected to increase amidst the large refinancing requirements as well as future deficits in the external current account and the government budget deficit.

However, it said the expected expansion in the economy over the medium term is likely to ease the country’s external debt position. The report noted that the medium-term fiscal outlook is expected to focus on further strengthening fiscal consolidation by reducing the budget deficit and public debt to sustainable levels, while supporting the medium-term development objectives and enhancing the living standards of the people.

Consequently, the budget deficit is projected to decline to below 5% of GDP by 2024, supported by a gradual reduction in the current account deficit and an improvement in the primary balance to record a surplus over the medium term. However, the report does not forecast the budget deficit for 2020.

The IMF in February forecasted Sri Lanka’s 2020 budget deficit could rise to 7.9% of GDP from an earlier forecast between 5.3% and 6.2% in 2019. This forecast much earlier to the local outbreak of Covid-19 and attributed the widened forecast to newly announced tax cuts and exemptions.

Nevertheless, ADB expects the budget deficit to be higher than the 7.9% of GDP estimated by IMF in February 2020 before the spread of Covid-19 in Sri Lanka. This ADB estimate reflects the fall in tax revenue from tax cuts, increase in some excise rates and levies, and increases in expenditure to cover arrears accrued in 2019, most of which the annual report has not talked about in terms of budget deficit. 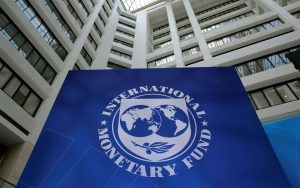 “Combined with slower nominal GDP growth and a weaker exchange rate, the government’s debt burden will rise to close to 100% of GDP,” a Moody’s release added, contrary to the Central Bank’s belief that the expected expansion of the economy in the medium term will ease down the external debt burden.

The current account deficit is a measurement of a country’s trade where the value of the goods and services it imports exceeds the value of the products it exports. The Central Bank in its 2019 annual report stated the current account is likely to worsen significantly in 2020, but the extent of this deterioration will depend on the duration of the pandemic and the policy measures adopted by policymakers globally as well as in Sri Lanka.

Nevertheless, ADB stated that Sri Lanka’s current account deficit is expected to widen to 2.8% of GDP in 2020 and then fall to 2.6% in 2021 on forecasted improvement in exports, tourist earnings, and remittances.

Meanwhile, the WB in its report stated: “Sri Lanka’s external current account deficit is expected to remain benign thanks to the reduction in oil prices and a deceleration of imports, which will largely offset the reduction in receipts from garment exports, tourism and remittances.”

Fitch noted that a decline in tourism, lower remittances, and weaker exports are likely to widen the current account deficit to 3.3% of GDP this year – despite some relief from lower oil prices – from 2.2% in 2019, before narrowing to 2.3% in 2021, in line with their expectations for a gradual recovery in the global economy.

June 17, 2019 bythemorninglk No Comments
The full implementation of the working capital soft loans for the tourism sector faces further delays with only five banks having agreed to grant loans as at Friday, 14 June.