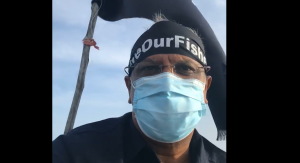 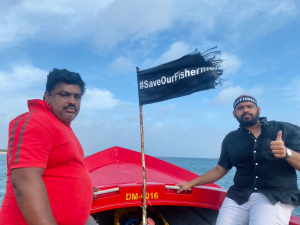 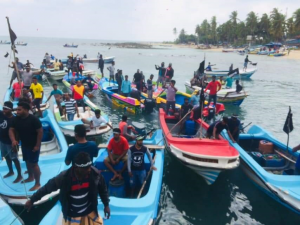 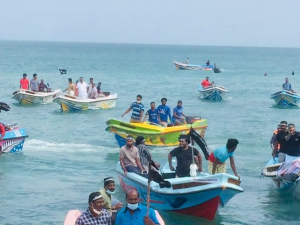 In protest against the illegal bottom trawling fishing activities conducted by Indian fishermen in Sri Lankan waters, over 100 Northern fishermen launched their boats and set sail from Mullaitivu to Point Pedro.

Black flags printed with the slogan “#saveourfishermen” were flying on several boats.

The sea rally called for the proper implementation of laws against bottom trawling by Indian fisherman, which is responsible for damaging the sea floor, along with the request to protect the livelihoods of Sri Lankan fishermen.

China to engage in several charity projects in SL, progress of investments highlighted

March 21, 2022 byAazam Ameen No Comments
The Embassy of China in Sri Lanka organised a press conference today (21) where, a summary of China-Sri Lanka bilateral cooperation was discussed, with a focus on China’s upcoming aid and investment p

The link between long covid and working from home

"Research has shown that prolonged onl