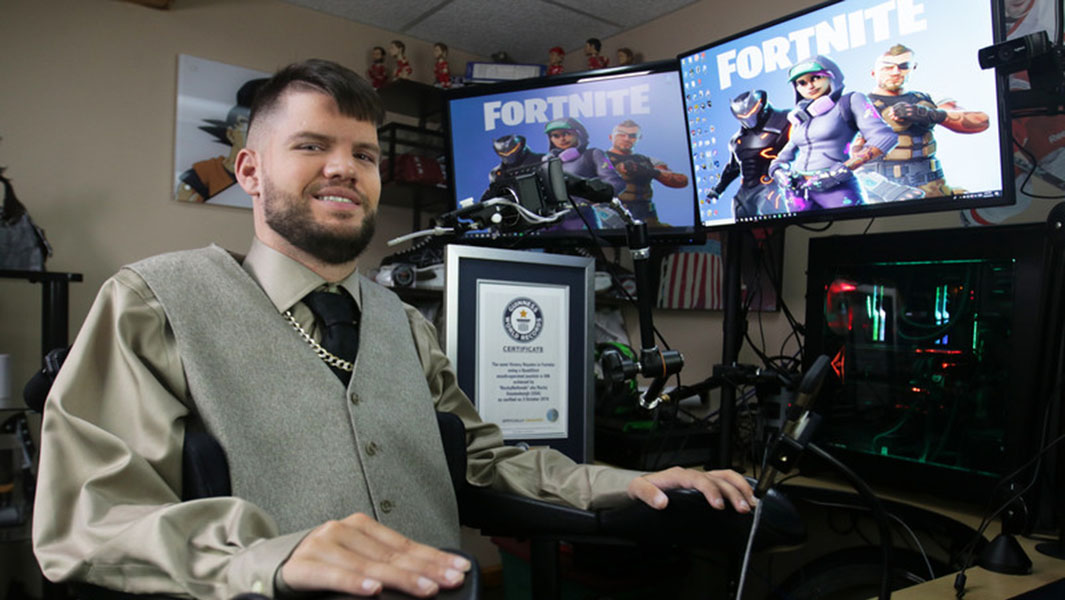 Overcoming the odds with video games : The inspirational story of disabled gamers making it big in gaming community

The gaming profession is a growing one in the modern world, having blossomed from being a casual pastime activity into an immensely profitable and highly marketable field that is attracting attention from every corner of the globe. Success in the gaming community does not just come from eSports events either, as gamers themselves are also making it big by streaming on Twitch or uploading playthroughs on YouTube.

Being successful does not always have to mean being the best in the business either, since not everyone is required to replicate the feat of winning the Fortnite World Cup by the age of 13. The gaming community is also about expressing ourselves and connecting with millions of other people around the world, so that we can help spread messages of hope and inspiration.

But on the subject of motivational messages, I do believe that there is none more powerful than the one I want to share with you today. You often hear a lot of stories about people overcoming adversity in order to make it big in the gaming world, but until recently, I had not realised just how far that message had actually spread. Once I came across the various stories of gamers who persevered with doing what they loved despite suffering from serious disabilities, I knew I had to share it.

Take, for example, the story of Colin White. I happened to stumble upon the video by chance, thanks to the beauty of the YouTube algorithm, and I have to say, I am most certainly grateful that I had the chance to learn about disabled gaming for the first time. Colin White, otherwise known for his gamer tag “N.U.B.S”, is a 27-year-old gamer who was born with a rare condition known as acheiropodia, which left him with underdeveloped arms and legs at birth. But the circumstances of his birth had not stopped N.U.B.S from making it big in the gaming community, having made a name for himself as a prolific first person shooter player and has managed to establish a community of followers who watch his streams as well.

It was quite insane for me at first to imagine how a person with no arms managed to overcome the immense challenge of having to compete against other players on a regular basis, but that is testament to just how life can keep on surprising you at times.

Likewise, another individual has made a similar rise to fame. Rocky Stoutenburgh, otherwise known by his gamer tag “RockyNoHands”, is a professional gamer who plays video games with a mouth device because he was left disabled from the neck down following an accident back in 2006. RockyNoHands has reached unbelievable heights despite this, having managed to break two separate world records on Fortnite and has racked up over 55,000 subscribers on his YouTube channel. And you did in fact read that right the first time, RockyNoHands is a gamer who can quite literally beat you at Warzone using just his mouth.

There is a simple and powerful message of inspiration that has to be shared when you come across success stories such as these. I have already written a few different articles on disabled athletes and how they have managed to succeed against the odds, but I still continue to be completely taken by awe and amazement by the feats that these individuals can perform. There is a simple lesson to be learned here: We should never write anybody off, no matter the circumstances that they might be facing. Whether you yourself might be suffering from a physical or mental disability or not, there is most definitely a lot of inspiration that can be taken from this and inserted into whatever you wish to focus on in the future.

Over the years, the gaming community has become more and more relevant in the lives of so many people for so many different reasons. This is yet another example of how gaming can inspire people to do amazing things, because being a gamer is not just about playing video games, it is also about being a part of a community that can bring hope and inspiration to every human being on the planet.

September 2, 2019 byPavani Jayasinghe Munagamage No Comments
Tesara Iddamalgoda, going by the username @tesaarah, has over 13,000 followers on Instagram. Currently studying at Monash University in Malaysia, Tesara is pursuing her Bachelor of Business and Commer