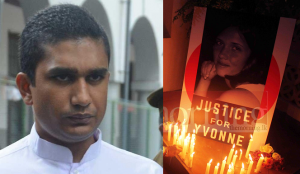 The Supreme Court today took up the petition filed challenging the decision of former President Maithripala Sirisena to grant a presidential pardon to Jayamaha.

The petition was filed by the Women and Media Collective, and was taken up today before a judge bench comprising Justices Buwaneka Aluwihare, Vijith Malalgoda and Gamini Amarasekara.

President’s Counsel Sanjeewa Jayawardena who appeared on behalf of the petitioners stated that the former President’s decision to select and pardon only Jayamaha out of the over thousand convicts currently on death row, was completely unconstitutional.

Jayawardena has also informed the Court that the murder convict had already left the country.

July 17, 2021 byNews Admin No Comments
A final decision is yet to be reached on the proposed liquefied natural gas (LNG) power plant to be built in the Muthurajawela Urban Buffer Zone (UBZ), The Sunday Morning learnt.

August 22, 2018 byThe Sunday Morning No Comments
The Ceylon Petroleum Corporation (CPC) continues to suffer heavy losses as petrol, diesel, and kerosene have been subjected to higher taxes by the Government.