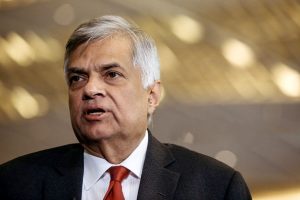 Minister Amaratunga confirmed that it was decide that Prime Minister Wickremesinghe would be the Presidential candidate at the upcoming Presidential election.

He then said that while the UNP working committee was still in discussion on who its Prime Ministerial candidate would be at the next General Election, it would most likely be the deputy leader of the UNP Minister Sajith Premadasa.

“The Working Committee is yet to announce our Prime Ministerial candidate but it will definitely be Sajith Premadasa,” he said while noting that UNP was already in the process of preparing for elections.

With regards to his own political future, the Minister said that he would decide whether to contest the next Parliamentary elections based on the outcome of the next Presidential election.

Pakistan may have its first female Supreme Court Justice

September 8, 2021 byNews Admin No Comments
This week the Judicial Commission of Pakistan, the highest body recommending judicial appointments, will consider the nomination of Justice Ayesha Malik to the Supreme Court. If confirmed, she would b

January 14, 2019 bythemorninglk No Comments
Dairy farmers have urged the Government to compensate them for their losses incurred by the Government led imported heifer project.