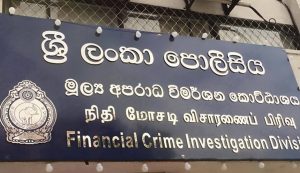 igations Division (FCID) has launched investigations into the Selacine Television Institute for financial irregularities and the use of state media for election propaganda during the term of the former regime.

Senior police sources told The Sunday Morning that the FCID informed the Colombo Magistrate courts that it had begun investigations into alleged financial irregularities during the 2013 Commonwealth Heads of Government Meeting.

The FCID will also investigate charges of financial misappropriation during the 2015 presidential election as well as the use of the Selacine network for propaganda purposes.

Sources said that there were allegations that funds from the network had also been used for the personal activities of politicians.
Senior police sources said that investigations only just commenced and that it was too early to predict how much in finances was misappropriated, if any.

Meanwhile, current Chief Accountant of Selacine Shantha Kumara Lokuketagoda told The Sunday Morning that financial records were scrutinised and that a former Chairman of Selacine may be directly involved in the financial frauds.
He said that the former Chairman had vacated his post in the network from 8 January, 2015.

Lokuketagoda said that two project coordinators who had been at Selacine at the time could also be in cahoots with the former Chairman.

November 4, 2019 bythemorninglk No Comments
The two main presidential candidates – SLPP’s Gotabaya Rajapaksa and NDF’s Sajith Premadasa – will be seeking a morale-boosting victory in the Southern Province.