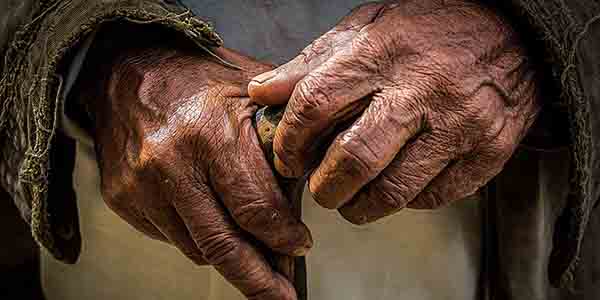 September 30, 2018 by themorninglk No Comments

Two thirds of the world’s older persons live in the developing regions of the world and their numbers are growing faster there, than in the developed ones. In Sri Lanka, the proportion aged 60 years or over, is projected to increase from 13% in 2015 to 20% in 2030, according to the United Nations World Population Prospects (2015 Revision).

Consultant Physician Dr. Lasantha Ganewatta projected that the population over 60 years would increase to about 3.6 million by 2021 which is 16.7% of the total population. According to the forecasted demographic statistics, in 2041, one out of every four persons would be elderly.

University of a Kelaniya Department of Economics Senior Lecturer H.R. Anulawathie Manike, in her research paper ‘Important Features of the Elderly Population in Sri Lanka’ notes; that many Asian countries have begun to experience this rapid ageing of their population, which is resultant of declining fertility and increasing longevity.

The study also showed that an important feature in the ageing population of Sri Lanka is that the oldest age category 75+ is increasing than the age category 60-74 among the elderly group.

Women are expected to outnumber the men in the old ages due to higher life expectancy among females; consequently the number of widows is likely to increase.

Sri Lanka is also projected to see population ageing accelerated as a result of international migration.

What is happening, right now?

The Ministry of Social Empowerment National Secretariat for Elders Director M. Ramamurthi said, “We are extending our full and extensive support to provide our elders with a dignified living,” adding that: “there is around 11 billion rupees allocated for elderly care every year,” which according to Ramamurthi, includes the ‘2000 grant’ which is awarded monthly to low income elders, which comprises 416,000 recipients above the age of 70.

He also added that there is an allocation and awarding of self-employment assistance for any of those whom are above the age of 50, island wide. All those who fall within this purview will be eligible to receive Rs. 20,000 per person, in order to start their own business; however he added this grant will be awarded following a screening procedure as they have a limited budget.

The Ministry of Social Empowerment has elder’s homes in Kataragama and Gampaha, and there are others managed by respective provincial councils. Additionally, there are around 300 elder’s homes, many of which are privately owned, doing good work to provide care for the growing elderly population within the island.

Despite what Lankan culture dictates, there is still a requirement for elder’s homes. There seems to be a misunderstanding in Lankan society that the existence of elder’s homes somehow means that we have failed as a society, and this is simply untrue.

The existence of elders’ homes and their growing numbers are simply a necessity due to the adoption of new lifestyles, and the new definition of ‘quality of living’.

Grace Perera Home for Elders and Children Chief Matron Rohini Lokuge said, “We have 44 elderly people living with us currently, many of whom have been with us for over a decade, and among those are people who have the alternative to live in their own property, or even with their children, instead they chose to stay with us.”

She added, “Many of them prefer the community and friendships they’ve built here.” She also noted that many of the residents at their home are unmarried elderly ladies, who simply wish to spend their days engaging in spiritual activities.

In order to book a place at the Grace Perera Home for Elders, there is procedure to be followed at the Divisional Secretariat, and those who are admitted receive excellent care.

In Sri Lanka there are two main categories of elder’s homes, those that are charitable organisations existing to provide assistance to those who are in need of it and private-care homes, which function more like a gated community.

Noble Aged is one such private care facility, providing medical care for the elderly. Noble Aged Founder Ruwan Gunawardene said, “There is a big difference between acquiring full-time care at a hospital for your elderly relative, and at a private-care facility; in addition to the costs being far less than a hospital, they will be surrounded by love and affection.”

Gunawardene added that the needs for elders are not satisfactorily met in our country, “while we wish not to discourage the authorities that have infrastructure in place for the elderly, there is a lack of it, and those who do provide care must truly study the subject before getting involved.”

Sri Lanka’s ageing population also poses a host of socio-economic challenges; the national labour force is shrinking, due to the large scale departure of experienced labour reaching their retirement age. This imposes a strain on public funding, with the increasing draw from publicly funded pension schemes adding to the fraction in national expenditure and adding pressure on the national healthcare system. In return it urges the health care system to prioritise emerging healthcare needs of the elderly.

However, such socio-economic concerns are easily remedied by that fact that elderly people live healthy and active lives in Sri Lanka. Even at the oldest ages many of them prefer to remain in the workforce, hence appropriate policy changes could ensure that they remain in the workforce a little while longer.

While, Sri Lanka has a culture of caring for the elderly by family members, it is strengthened even further by legislation mandating that adult children are responsible for the welfare of their elderly parents.

The elderly have special rights dedicated to them under the Protection of Elders Act No.9 of 2000; under this act, special institutes, the national council for elders and national secretariat for elders have been established in the Ministry of Social Empowerment and Welfare to serve and protect senior citizens.

Ageing is a natural process of life; it starts the moment you are born, and with the rapidly ageing population at present, it is timely and appropriate to discuss the varying challenges faced by our elders, and to push for policy regulation which further strengthen infrastructure in place to assist Sri Lanka’s elderly population.

September 16, 2021 byNews Admin No Comments
Sashini Jinasena, 25, moved back to Sri Lanka three years ago after graduating with a BA (Hons) in Economics and Politics from the University of Manchester in England. Upon her return, she pursued a c

Tranquillity in the hills

December 24, 2021 byNews Admin No Comments
Another holiday season has come around, but everyone’s thinking twice about heading out for the holidays, thanks to the pandemic refusing to give us a long-awaited break. Forget running away to a beac