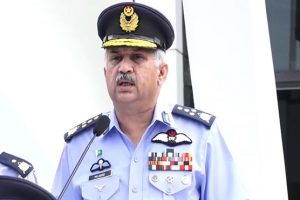 Both the leaders agreed to further enhance bilateral cooperation, especially in training and professional enhancement programs.

Talking to the air chief, the Sri Lankan defence secretary said both countries enjoy a commonality of views on various regional and international issues.

He also expressed his gratitude to the air chief for attending the 70th-anniversary celebrations of Sri Lankan Air Force.

February 17, 2021 byNews Admin No Comments
With the detection of the UK variant of the coronavirus in Sri Lanka on 12 February, contact tracing of the patients found from Colombo, Avissawella and quarantine centres is still ongoing..

July 29, 2020 byTSM Web Desk No Comments
A Sri Lankan mother whose Tamil family have been accused by Peter Dutton of wasting $10million in taxpayer money by fighting deportation from Australia has reportedly been dragged from hospital by Bor