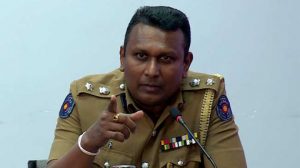 All vehicles will not be permitted to park near or in the vicinity of schools from 1 p.m onwards tomorrow (05) the Police have said.

Police spokesman Ruwan Gunasekara stated during a media briefing that due to security risks and to ensure the safety of students, vehicles including school vans and buses will not be permitted to park near Colombo schools.

Gunasekara specified that special parking areas will be designated for the respective schools.

Additionally, the Police and security personnel are to conduct search operations around schools tomorrow (05) and will be focused mostly on Colombo schools.

The Police spokesman further stated that tight security will be in place at schools around the country once they re-open for the second term.

February 3, 2020 byTSM Web Desk No Comments
China is struggling to deal with the virus, with more than 17,000 confirmed cases and 361 deaths.

July 2, 2020 byTSM Web Desk No Comments
The reopening of the tourism sector for international travellers has been postponed indefinitely, The Morning learnt.