Parliament will not summon Police 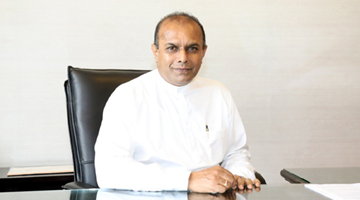 Parliament will not summon the Police over the arrest of Parliamentarian Patali Champika Ranawaka.
Deputy Speaker of Parliament Ananda Kumarasiri yesterday (21) asserted that parliamentary norms being violated when Ranawaka was arrested was not cause to prevent the arrest.

Deputy Speaker Kumarasiri, speaking to The Sunday Morning, said that while it was true that parliamentary norms were breached, it would not have an impact on the arrest.

“Parliament cannot do anything to prevent the arrest as it was a lawful arrest for a valid reason. Of course, it is unfortunate that parliamentary traditions that have been upheld in the past four years were violated,” he said.

Referring to the ruling on former Speaker Chamal Rajapaksa, Deputy Speaker Kumarasiri noted that it mentioned that it was against parliamentary norms, but did not mention anything pertaining to preventing the arrest.

“I read the Hansards that were mentioned pertaining to former Speaker Chamal Rajapaksa’s ruling and the former Speaker had only pointed out that it was a violation of parliamentary traditions.”

He also added that there was no issue of the MP’s parliamentary privileges being infringed.

“An infringement of his parliamentary privileges would have been if he was arrested while trying to attend to parliamentary duties. This was not the case with Ranawaka,” the Deputy Speaker clarified.

September 11, 2021 byRuwani Fonseka No Comments
Sharing her disappointment on the release of 14 elephants from the Pinnawala Orphanage and other transit homes to their original owners, Ishini Wickremesinghe, former Director General of the Dehiwala