The dossier containing the recommendations that were submitted by the Presidential Commission of Inquiry (PCoI) appointed to probe incidents of alleged acts of political victimisation of public officials during the period from 8 January 2015 to 16 November 2019, was not taken up for discussion at the Cabinet meeting last week, it is learnt.

It was quite clear that the incumbent Government was not that happy to discuss the contents of it during the Parliament sessions which took place, which was proved when Leader of the Opposition Sajith Premadasa’s question to Speaker of Parliament Mahinda Yapa Abeywardena, inquiring as to when the contents of the recommendations will be tabled at the Parliament, went unanswered.

The Speaker seemed to have waited for the moment where Chief Government Whip Johnston Fernando was to propose the notice of adjournment to the parliamentary session to the next day, to allow the Leader of the Opposition to ask these questions as well.

Although Minister of Public Security (Retd.) Rear Admiral Sarath Weerasekara, when inquired about the contents of the document last week for the news story published on The Sunday Morning under the title “PCoI on alleged acts of political victimisation during UNF Govt.: High ranking cops to play victim card”, said it would be taken up for deliberation during the cabinet meeting last Monday (22), he was unable to deliver on his word.

Through reliable sources, The Sunday Morning was able to view the contents of the document and found that 84 police personnel had filed their grievances under political victimisation, in which they have been subjected to punishment transfers, interdictions, and denied qualifier marks that would have assisted them to be promoted to the next rank during the competitive examination.

Allegations were levelled that several high-ranking officials in the Sri Lanka Police force were tipped to misuse the investigations conducted by the PCoI, by making false claims and attempting thereby to rise up through the ranks.

Weerasekara last week stated that the Cabinet of Ministers were to look into the recommendations that have been presented, of which some required Cabinet approval to proceed as well, indicating necessary action will be taken after deliberations.

Moreover, Weerasekara stated that no officer will be given promotions if the grievances that they have filed have no grounds for consideration.

When The Sunday Morning attempted to contact Weerasekara for comment to inquire into the status of the report and as to when it would be presented to Parliament, the writer was unable to get through to him. Although his Private Secretary communicated to The Sunday Morning that the message was passed to Weerasekara, the Public Security Minister did not respond by the time the paper went to print.

Leader of the Opposition Sajith Premadasa, in a communiqué, raised concerns that by delaying to present the final report issued by the PCoI, the Government is attempting to revoke the civic rights of political leaders to present their observations over it.

“It is clear that the Government is attempting to penalise officers that served in their position, staying true to their cause, by wrongfully pinning charges on them for not carrying out their duties, acquitting officers that were charged for bribery and corruption that were sentenced by the judicial system, and seek to drop all cases that are currently being pursued at court against such officials,” Premadasa noted.

He said that those actions will only challenge the independence of the Judiciary and the rule of law and that it has restricted the democratic rights of the Opposition to engage in politics, while attempting to seek revenge against the members of Parliament that are in the Opposition.

“The political leaders of the Opposition have therefore decided that all necessary legal action will ensue, should the Government continue to delay tabling the report and purposefully hinder the Opposition in engaging in politics and for challenging the independence of the Judiciary,” Premadasa had added. 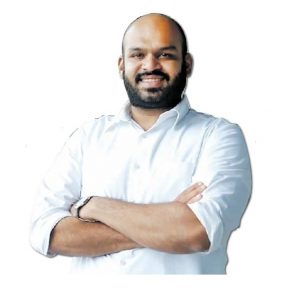 Illankai Tamil Arasu Kachchi (ITAK) MP Shanakiyan Rajaputhiran Rasamanickam, when contacted by The Sunday Morning, regarding the Tamil National Alliance’s (TNA) stance on the delays of presenting the PCoI report of political victimisation, noted: “The Government’s responses to the requests of the people on amending laws or acting on the commission reports and recommendations now seem to be a bit of an eyewash. It can not only be localised to presenting the PCoI reports on time to the Parliament. It looks like the whole country is being turned into a reality show with a script.”

Speaking further about the PCoI, Rasamanickam highlighted the example of a former marketing manager of the Ceylon Petroleum Corporation, who was interdicted for his malpractices during his tenure during the period from 2009 to 2015.

“Now there is a move to reinstate him and even pay him compensation and give him the promotions that he lost. His grievance is filed as a political victimisation. How we see this now is that this PCoI on political victimisation is being used for the present Government’s benefit to reinstate certain government employees back to their former positions using the position of power,” Rasamanickam elaborated.

He reiterated that the present administration’s actions can be compared to a rigged reality show, noting that maybe there are actual grievances that have been filed during the inquiry, and that these actions can be used to silence some of the diligent officials that carried out their duties without any political agendas.

Rasamanickam also pointed out that Sivanesathurai Chandrakanthan (Pillayan) too had filed grievances indicating that the TNA urged the then Government to arrest him over the murder of Joseph Pararajasingham, politically victimising him.

National People’s Power (NPP) MP and Janatha Vimukthi Peramuna (JVP) Leader Anura Kumara Dissanayake, sharing his thoughts with The Sunday Morning, noted: “Without presenting the report on political victimisation to the Cabinet of Ministers and without tabling it at Parliament, the Government is attempting to set the recommendations in motion through a Cabinet paper.” 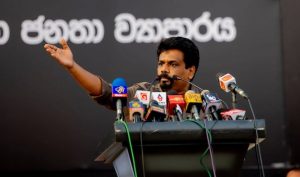 He added that the said Cabinet paper indicates two points. “The first one being an attempt to revoke the civic rights of several members of Parliament including myself and to establish a special Presidential Commission of Inquiry to conduct inquiries on us, and the second one being an attempt to issue directives to the Attorney General about ceasing the hearings of nearly 70 litigations that are currently at court in matters relating to fraud, corruption, and crime,” Dissanayake noted.

With the report not being publicised, the Government is working on setting the recommendations in motion of the said report and the special Presidential Commission too has been appointed through a gazette notification.

“Without allowing the contents to be read and understood by the general public or Parliament, the incumbent Government’s politicians are using the findings of these reports to block the aggrieved parties from engaging in politics and are attempting to assist their allies’ or their family members’ legal proceedings to be ceased,” Dissanayake observed.

Dissanayake noted that the Opposition parties will continue to raise these issues in Parliament and from the upcoming week onwards, they will be launching a public awareness campaign to rally the voice of the people in protest of the actions of the Government and create a public discourse.

“Then the next step will be that we will take legal action against the government entities that are trying to misuse the findings of this report,” he exclaimed.

What follows a PCoI report?

Kelaniya University Department of Mass Communication Visiting Lecturer and Attorney-at-Law Jagath Liyana Arachchi explained the actions that could be taken once a presidential commission of inquiry shares its recommendations with the president of the country.

“Most often the allegations are made highlighting the failure to publish the commission’s reports and the non-implementation of its recommendations. It is the president and the incumbent government that get heavily criticised. But the first thing we need to understand is that the President has no legal obligation to implement the recommendations of a commission appointed by the President,” Liyana Arachchi explained.

Not all recommendations are correct

When asked as to why another commission is appointed to study a report that was completed by a PCoI presented to a president, Liyana Arachchi noted: “Publishing the entire contents of the reports for public access will not always be possible, as the inquiry process could be long and the notes included will be extensive. Therefore, even if a report is to be made public, it would most often include the recommendations.”

He further noted that if there is a public discourse over a specific incident that requires forensic audits to be conducted, especially to do with financial frauds, then sections that are most relevant will be made public.

If the President finds it difficult to go through the findings alone, the commission appointed to study the report will go through it thoroughly before they present their recommendations to the president. Also, the president cannot ignore an issue that is being discussed among the people of the country. Therefore, the president, exercising his executive powers, can appoint a commission to seek public opinion over the matter as well.

Liyana Arachchi in conclusion noted that disclosed by a commission, the aggrieved party in the incident relating to the appointment of that commission may use the case as evidence in court to seek justice.

“Information on such reports is available under the Information Act. But a commission report is just presenting facts that were discovered during the inquest. It is therefore necessary to re-prove it in court. This is because the disclosure of facts by a commission is not in accordance with the formal process of disclosure in a court of law,” he noted.

August 19, 2021 byNews Admin No Comments
The drastic increase in the number of Covid-19 cases and related deaths is disheartening, and speculation is rife that sooner or later, the Government will have to resort to more stringent measures to

January 23, 2019 bythemorninglk No Comments
On 24 January, 2010, Sandya Eknaligoda was told her husband went missing. Nine years on, there is still no trace of LankaeNews (LEN) journalist and cartoonist Prageeth Eknaligoda.