Personal laws not problematic as Constitution is supreme: Gehan Gunatilleke 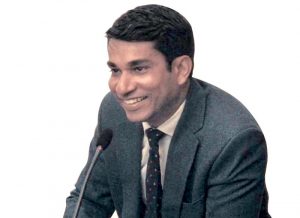 Verite Research, Research Director Gehan Gunatilleke pointed out that personal laws and laws enacted for specific communities are not problematic in of itself but that issues arise when such laws violate fundamental rights and/or human rights.

Gunatilleke, referring to India’s legal system, noted that the Constitution must be supreme and that due to Article 16 of Sri Lanka’s Constitution, such supremacy was undermined and laws that existed before the Constitution was enacted were immune from challenge.

In addition, he said that Sri Lanka’s Supreme Court must be vested with some power to review legislation.


Have the individual laws for different communities in Sri Lanka benefited the country?

The specific communities that personal laws apply to often benefit from them because such laws enable those communities to govern their affairs in a particular manner and retain a unique identity in the process.

The general idea behind personal laws is not problematic in of itself. However, these laws must be compatible with constitutional norms, such as equality and non-discrimination. These laws become problematic when they undermine the fundamental rights recognised by the Sri Lankan Constitution.


Should common law be enforced above other personal laws for equality among communities?

For example, if one community is exempted from paying taxes through the application of personal law, that community receives an unfair advantage over other communities. However, when personal laws govern specific areas of life that merely reflect a community’s preferences, and if persons can freely opt out of these laws (or opt in by becoming a part of that community), there is no real need to abolish such personal laws.


Should personal laws be scrapped altogether?

In my answer to your previous question I noted that there is no real need to abolish personal laws as they do not automatically violate the principle of equality. I stand by that position.


How could we go about making common law supreme to personal laws, in your view?


What examples can we take from other countries when introducing an inclusive common law?

Other countries, including India, have legal systems where the Constitution of the country is supreme, and can override any ordinary statute.

Moreover, the Supreme Court of India is vested with the power to review all legislation and pronounce on their compatibility with the Constitution. This is called the power of judicial review of legislation.

Sri Lanka’s Supreme Court does not have this power with respect to existing laws, such as personal laws. It has a narrow window to review legislation in their bill stage. But once a law is enacted, the Court has no power to review it.

It is crucial that Sri Lanka vests the Supreme Court with some power to review legislation, including personal laws, to assess their compatibility with the Constitution. Where a particular law is incompatible with the Constitution – say with a fundamental rights provision – the Court ought to have the authority to strike the law down.

March 28, 2021 byNews Admin No Comments
The Ministry of Mass Media has taken measures to make several amendments to the existing Press Council Act to include regulations on electronic and new media content as well.

June 19, 2021 byNews Admin No Comments
With the recent hike in fuel prices, burning issues on the cost of living continue to arise among the public. The cost of living cabinet subcommittee, headed by the President, had decided to increase