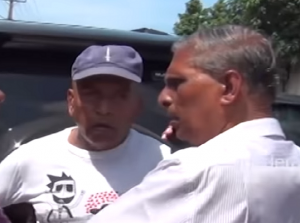 Two persons who were apprehended for distributing defamatory leaflets against SLPP presidential candidate Gotabaya Rajapaksa have been remanded until 14 November.

One of the suspects was identified as a coordinating secretary employed under Economic Reforms and Public Distribution Minister Harsha de Silva.

Following the incident Harsha de Silva in a statement today condemned the act and requested relevant officials to take action against the suspects.

He stated that he requested the responsible persons to immediately halt the operation as soon as he was informed of the activity by residents of the Kotte area.

“People know I am not involved in mudslinging politics. We don’t approve of this. We were unaware of this taking place,” Silva said.

May 14, 2020 byTSM Web Desk No Comments
Employees reporting to work are facing many hardships due to a lack of proper public transport, The Morning learnt.