Petition against Bathiudeen on unlawful deforestation to be heard in June 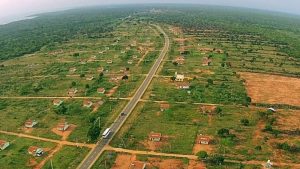 The petition filed by Environmentalist Malinda Seneviratne and Attorney Nagananda Kodituwakku against Minister Rishard Bathiudeen on the deforestation in Wilpattu for resettlement purposes will be heard on 28 June.

The petition seeks the prohibition of deforestation at Vilaththukulam forest reserve in Wilpattu National Park which has currently caused an imbalance in the natural ecosystem, as well as destroyed the habitat of the wildlife.

The petition was taken up before Court of Appeal Judge Arjun Obeysekera today (22), on the request of Attorney Nagananda, Judge Obeysekara scheduled to hear the petition on 28 June.

Petitioners have complained of unauthorized constructions on the cleared area of the forest reserve is still taking place even to date.

The petition filed against Minister Rishad Bathiudeen, seeking the prohibition of deforestation at Vilaththukulam forest reserve in Wilpattu National Park, has been scheduled to be heard on June 28th.

December 10, 2020 byMihi Perera No Comments
The Progressive Women’s Collective of the National People’s Power (NPP) staged a protest at the Parliament Roundabout this morning and accused the government of utilizing the pandemic to curtail freed

January 26, 2021 byNews Admin No Comments
The Ridiyagama Detention Centre for Beggars, the only detention centre in the country that accommodates beggars, is at full capacity at 600 inmates with no room left to house anymore..