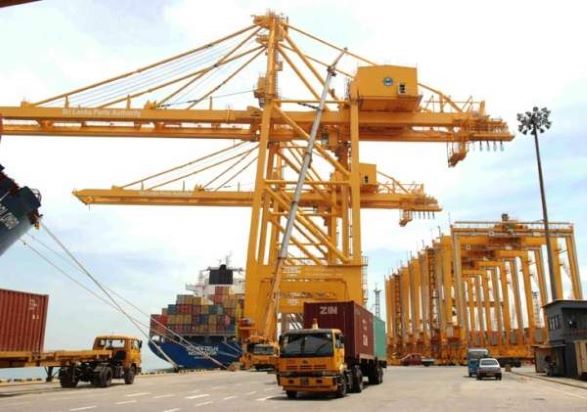 The Sri Lanka Ports Authority (SLPA)-operated Jaya Container Terminal (JCT) is at risk of losing millions of rupees as privately-owned terminals have begun using the state-owned container yard to load their containers free of charge, trade unions (TUs) affiliated to the SLPA alleged.

According to the trade unionists, two private companies, the South Asia Gateway Terminal (SAGT) and Colombo International Container Terminal (CICT), were using the JCT’s yard to load their containers without being pulled up by the authorities.

Speaking to The Sunday Morning, All Ceylon Port General Workers’ Union (ACPGWU) General Secretary Chandrasiri Mahagamage alleged that the private companies were blocking the JCT’s space while keeping their space free to get shipments at anytime.

“The JCT is not their property, and therefore, they can’t use the JCT’s space for their business opportunities or profits,” he stressed.

The JCT faced much difficulty last Thursday (15) and Friday (16) as it couldn’t unload its containers since the terminal’s capacity was full with containers from the SAGT and CICT, Mahagamage said.

“Usually, if such a container is loaded at a terminal, the respective company should pay at least USD five to six per container per day. The JCT has a capacity for 60,000 containers and when added up, the JCT had lost a huge sum of money,” he alleged.

When asked why the SLPA management was not taking any action, Mahagamage stressed that the management often turned a blind-eye to such activities.

However, when contacted by The Sunday Morning, SLPA Additional Managing Director Upali De Zoysa said there had been a diversion of vessels from SAGT and CICT to JCT due to the heavy winds that prevailed during the last couple of days.

“This is an extra volume for the JCT due to the diversion of vessels that called at SAGT and CICT. At present, they are in the process of transferring them to their terminals,” he added.According to Zoysa, the SLPA had earned an additional income by handling these extra containers.

February 23, 2021 byNews Admin No Comments
Residents at Pothuarawa are protesting against one of the two alternative routes proposed concerning the construction of the New Kelani Bridge (NKB) extension to the Athurugiriya Elevated Highway..

February 16, 2020 bythemorninglk No Comments
The Sri Lankan Government expressed outrage to the US Government over moves to ban current Commander of the Sri Lanka Army and Acting Chief of Defence Staff Lieutenant General Shavendra Silva.