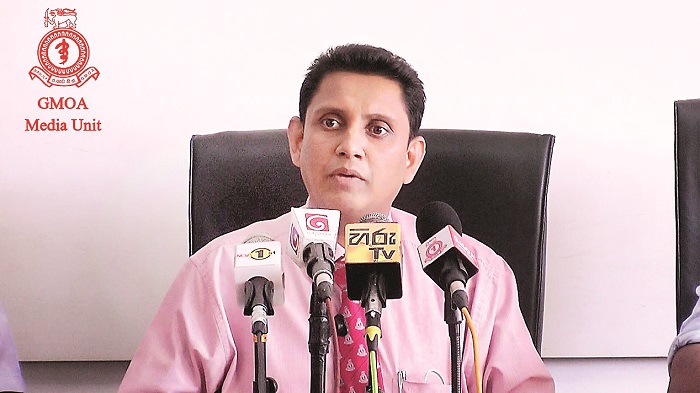 The topic of drug shortages has been in the mainstream news for many years, during successive administrations and trade union actions, but the problem still remains without far-reaching solutions.

The drug shortage issue in Sri Lanka is slowly becoming the new “normal” in the healthcare sector as once in every two or three months, the topic makes headlines in the media. The medical officers who actually work with the patients at hospitals claim that almost all government hospitals frequently run out of stocks of some drugs. Nevertheless, the Health Ministry officials refute these allegations claiming that there was no actual shortage but rather a scarcity of some drugs.

The most recent incidents of shortages of drugs were reported from hospitals in Maharagama, Matara, Karapitiya, Mahiyanganaya, Ampara, Matara, Nawalapitiya, and the Kandy Teaching Hospital.

However, as claimed by health sector trade unionists, soon after the shortage was reported, the Health Ministry and the Medical Supplies Division (MSD) denied any shortage while further actions were taken to immediately send the required medicines to those hospitals.

Speaking to The Sunday Morning, Government Medical Officers’ Association (GMOA) Secretary Dr. Haritha Aluthge claimed that there was an actual shortage of drugs at the Maharagama Cancer Hospital and hospitals in Ampara, Negombo, Anuradhapura, and Ratnapura and that those shortages were not artificially created by the GMOA.

“After revealing the actual situation, instead of taking measures to regulate the drug shortage, the Health Ministry took steps to conduct a disciplinary inquiry against the medical officers of the Maharagama Cancer Hospital who held the press conference during which they revealed the drug shortage in the hospital,” he said.

Elaborating on the practice of purchasing drugs locally when there is a shortage, Dr. Aluthge stressed that when the drugs were locally purchased, the hospitals had to spend an additional amount.

“When it comes to emergency purchases, the prices of these drugs increase heavily. For example, there were some occasions where the hospitals spent Rs. 64 per tablet while the price of such medicine when sent through the MSD costs only 64 cents. These things have been revealed during the presidential inquiry,” he added.

Alleging that there was a mafia behind the drug shortage, the trade unionists claimed the shortage was artificially created to pave the way for emergency purchases.

Further, the GMOA highlighted that the country had no quality assurance mechanisms to ensure only high-quality products were given to the patients.

“Sometimes, the quality is checked through clinical practices. On one occasion, it was revealed that the folic acid tablets were of low quality after the stock of that tablet ran out,” he stressed.

When asked how such things were possible with the existence of the National Medicines Regulatory Authority (NMRA) in the country, Dr. Aluthge stressed that some medicines were brought into the country before the company is registered with a “no objection letter” issued by the NMRA.

“During 2015 and 2016, the NMRA issued around 1,500 such letters and drugs pending quality checkups were imported,” he said, adding that quality failures were reported in some diabetic drugs and some drugs prescribed for epilepsy.

No shortage, only scarcity

When The Sunday Morning contacted MSD Director Dr. A.T. Sudarashana, he said there were no drug shortages in the country but rather a scarcity of some drugs in some hospitals.

“It is something to do with scarcity management. All hospitals have been given the authority by the MSD to purchase necessary drugs locally and therefore, there could be no such shortage at all,” Dr. Sudarshana stressed.

Asked whether there was any difference in the cost of such drugs, the MSD Director said the cost increment could be up to 10%, but not 100% or more as indicated by the GMOA.

According to the MSD, a shortage was occasionally reported as the country couldn’t give exact figures about the number of patients and the drugs it needs per year. As the MSD depends only on predictions, it has resulted in occasional delays in supplying.

Further, the MSD Director highlighted that for some drugs, it was difficult to find a registered company to bring down the drug into the country.

“When the drug is not a fast-moving one or is needed occasionally or very rarely, it is difficult to find a registered company. On such occasions, the division has to find a company willing to bring down such drugs and it takes some time for that,” he explained.

At present, the country spends Rs. 50 billion a year to import the necessary drugs to the country, he stressed.

However, when contacted, NMRA Chief Executive Officer Dr. Kamal Jayasinghe said the mandate of the NMRA was to assure quality, safety, efficacy, and accessibility, and monitor the cost of the medicinal products coming into or manufactured in Sri Lanka.

“There are registered sources for most of the drugs, and also, we can fast track and give the items which have no local agents or any registered party as the NMRA,” he added.

“When someone comes for registration, we have to go through so many registrations and sometimes, it takes months or even years. We have to go through other country registrations, evaluate usage in other countries, and assess quality failures and clinical trials. In addition, the supplier should have supplied to at least three countries recognised by Sri Lanka. And if it is not the case, the NMRA must be more vigilant and sometimes go for Good Manufacturing Practice (GMP) inspections,” he stressed.

Elaborating on the issuance of “no objection letters”, NMRA CEO explained that there were situations when the country needed some companies registered, and in those situations the NMRA issues a waiver of registration for a particular consignment.

“But when there’s a failure, the Technical Evaluation Committee (TEC) and the Procurement Committee have to take the responsibility,” he added.

August 21, 2021 byNews Admin No Comments
Clinical waste items along with other waste material had washed up ashore in the Wellawatte beach over the past week, polluting the beach as well as the surrounding sea, The Sunday Morning learnt.

Human trafficking: Under the guise of greener pastures

May 2, 2021 byNews Admin No Comments
More than 100,000 Sri Lankan women migrate for employment every year. Most of them as domestic helpers. The increasing exposure to mistreatment and abuse Sri Lankan female migrant workers face in the