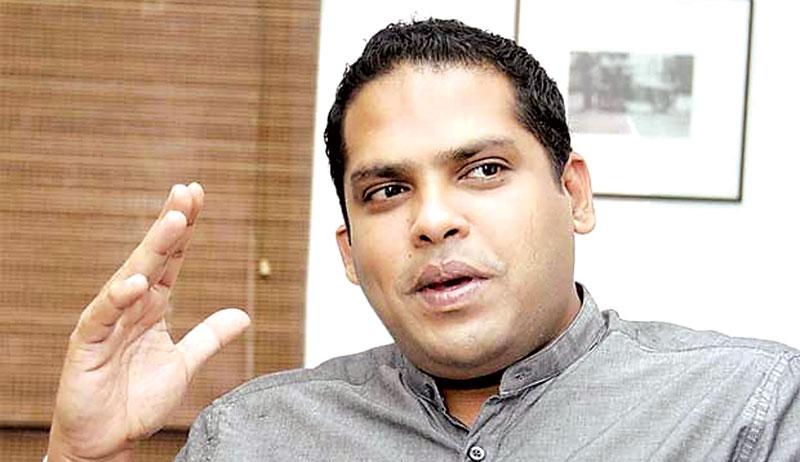 UNP will field a candidate at the next presidential poll: Harin Fernando

United National Party (UNP) Parliamentarian Minister Harin Fernando said that the UNP will field a candidate at the next presidential election. He further alleged that the hasty announcement of Gotabaya Rajapaksa’s presidential election candidacy is merely a gimmick to influence the judiciary hearing cases against the latter.


There’s a good chance that presidential elections will be held this year. How is the UNP gearing up for it and will it be fielding its own candidate?

From the outset, we have been very clear that it will be a UNP candidate. As far as the party is concerned, we are in the process of executing some work we have been planning for the last three years and every minister, state minister, and deputy minister is very keen on getting their projects done.
Therefore, we have not really looked at which candidate we will be fielding, but it will definitely be a UNP candidate.


Taking a look back at past presidential elections, we have seen various promises being made by candidates but nothing being achieved after elections. Can the public have faith in any candidate at the next election?

In my opinion – and I’m layman in this even though I’m holding office – what I would love to see in Sri Lanka is a president who is responsible to Parliament and not by mere word. There is a process to adopt a new constitution. I would like to see the executive presidency removed and have a prime minister responsible to Parliament. This would be the best case scenario for Sri Lanka.
Every President who came into power in their first year promises to abolish the executive presidency but this never happens. Now we have an ideal opportunity to change the system, especially since the Mahinda Rajapaksa-led group, as well as the rest of Parliament, seems to be in agreement with this.


In your opinion, what do you think are the main focal points of the candidate looking to contest and win support at the next election?

I honestly feel that there won’t be a presidential election but a referendum. So the main focus is still to ensure that the promises that have not been delivered are implemented. One of the promises made by President Sirisena in 2015 was to abolish the executive presidency. I would like to see a presidential election coming in first because that would give stability to the country rather than having a provincial election where one party dominates those councils while another party wins over the Central Government – this would be detrimental to the country’s development.
Sri Lanka is on a high development drive and we need to get through our debt obligations so we will have to focus on liberal governance. Bringing stability to the country should be the number one priority.


Speculation is rife that former Defence Secretary Gotabaya Rajapaksa will be the presidential candidate of the SLPP. How do you see his move to contest at the election?

I honestly think there can’t be a better candidate to contest against. If Sri Lankans are smart and do understand politics well, which they do – a majority of Sri Lankans are politically savvy – they would know why one family keeps on putting forward their family members. It clearly shows how Sri Lanka will move forward if this family bandyism continues.
This is the ideal opportunity for any candidate against Gotabaya Rajapaksa to get through because the people of the country also believe that it should not be a Rajapaksa who contests all the time. We have enough and more ammunition to go at them. There are enough and more allegations.
But if you seriously and tactfully start thinking, you will realise that the special high court that has been set up is being influenced by the announcement that Gotabaya Rajapaksa may contest the presidential election. It would pressure the judges because he could become president. They’re thinking is to scare the judiciary by saying the presidential candidate is Gotabaya.
The announcement is quite early and I don’t think that all members of the Rajapaksa family are in agreement with this announcement. All in all, I think the Sri Lankans are smart enough to understand that they do not want to fall into that family trap again.


But can the former Defence Secretary contest a presidential election while being a citizen of the US?

Well, he is trying to sort it out in America, but more than that, this is purely a gimmick to put pressure on the Supreme Court to show that he has a chance of becoming the president, and if that happens, the fate of the judges of the judiciary in Sri Lanka will come into question.
So this is an indirect way of threatening. But all in all, I’m confident that if the UNP fields one of the proper candidates, we will have victory hands down.


Do you think there is a need for a new face to be put forward by the main parties at the next election?

I believe the people want a change right now, and there are certain youngsters really stepping up. So as a party, this is a decision for us to take when the time comes. We should not get overexcited and try to announce names early.
As a young parliamentarian, I would like to see somebody young with a different ideology taking over. With all due respect, I think it’s time for Sri Lanka to move into the modern era with a modern leader –this is my personal view.

December 15, 2020 byNethmi Liyanapathirana No Comments
A gazette notification issued in April distressed the Muslim community due to the introduction of a regulation which stated that all bodies of victims who died as a result of Covid-19 would be....